Adam Sims takes over the EFPT

After almost two decades, the European Freestyle Pro Tour has changed its owner to one of the many freestyle talents that had their first ever international appearances on this tour: Adam Sims. Adam went from being a freestyle competitor & tow-in champion, to being an event organiser for his very own EFPT event in Weymouth (2012), to being an editor for both Boards and Boardseeker magazine, to developing his own videoproduction company which is producing all the EFPT highlight videos and livestream for many years and is now the new owner and CEO of the tour. Being a person with a business mind, an amazing background in the windsurfing scene and with his creative and visionary way of thinking, there was certainly no better pick than the 32 years old Brit – ‘young blood’ for the management of the tour. We caught up with Adam to talk about the future of the EFPT and freestyle windsurfing and his new key role in it.

EFPT: What were your initial thoughts when you were approached by the EFPT team about the idea of owning the tour?

Well, honestly, it really caught me off guard. I wasn’t expecting that kind of offer and needed a decent amount of thinking time, not because I had doubts about my ability to be able to take it on, but more if I could give it the time it deserves. I considered a lot of things but eventually knew that if I were to take it on then I’d give it 110%, which is exactly what we are doing right now. It’s certainly an interesting opportunity but realistically it does go hand in hand with the media production company I own, and having run an event in the UK many years ago, I certainly know all aspects of the tour through and through. It’s not long after you start to think, what more can be done with this tour, that’s the exciting bit we are already looking into. So I’m very excited by this new possibility and am really looking forward to that first event after such a long break.

EFPT: What are the first steps you’ll be taking as the new owner of the tour?

Well firstly, to congratulate and thank Tom Hartmann and Harry Schaffrian for their dedicated years to the tour, I think I talk on behalf of all riders and event organisers, even the brands and EFPT tour/event supporters, that Tom did a fantastic job during the last 12 years, I realise that even more when I take on the mass of jobs and behind the scenes work he was doing. Secondly, would be to re-assure the riders, future pros, girls, juniors, rookies and of course the event organisers that the tour is in safe hands and whilst we have plenty of ideas we want to implement, these won’t all come at once, and so the EFPT will hold to it’s core values as we bring the full tour back to life after a season off. If we are talking specifics then we already have a new logo we will launch with the 2021 Tour Calendar next week, additionally we’ll be pushing out a lot more media and content between events, there’ll be end of year awards up for grabs (so start recording and filming your sessions), rider specific content during events, we hope to bring more livestream than ever before and pushing out more broadcast and TV media of professional freestyle windsurfing to the Europe and the rest of the world. 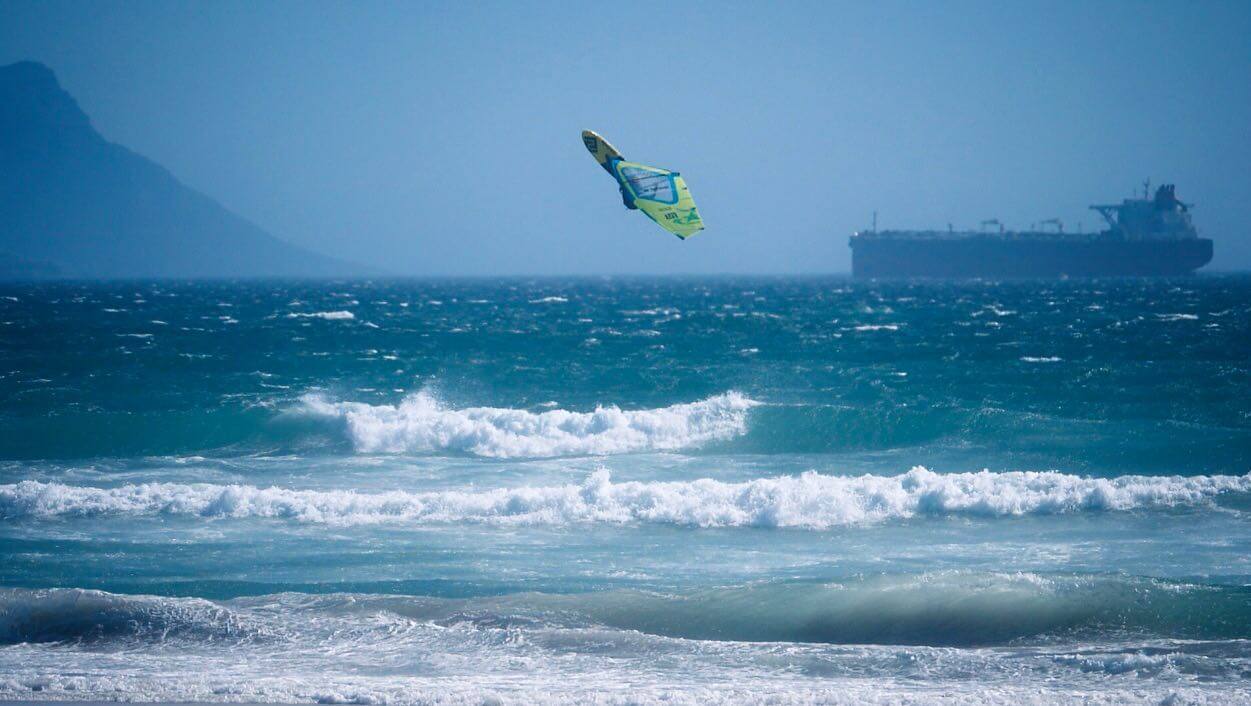 EFPT: Who will be your core team after this transition?

We’ve been re-structuring a little but putting everyone towards the roles that best suit them, so Danny Kater will be taking on quite a large part of the role that Tom was doing and generally managing the race side of our events, I’m confident that this is in safe hands with Danny’s extensive knowledge and experience. The tours Press Officer, Hanna Poschinger, will continue on and will keep our media and social media aspects (plus much more) very well covered both during and outside of events. Additionally we’ve added a Graphics Director and Web Developer to the team to enhance our image and to develop an all new website (to be released before our first event of the season).

EFPT: The EFPT highlight videos gained a high popularity, will you still be producing them?

Yes I do plan to continue a hands on approach to the media production, this will include the highlights, the livestream and much more. Our team will also expand on the media side to help us achieve a greater media impact event for event. As my production company, AALVAA Media, is also producing for the PWA World Tour we will really be able to create great back stories, follow personalities and enhanced pre-record content that will strongly benefit both tours. Our aim in media is to keep the windsurf community happy and up to speed with the latest happenings at events whilst also procuring and distributing media to the masses, to get windsurfing into the public eye as much as possible. 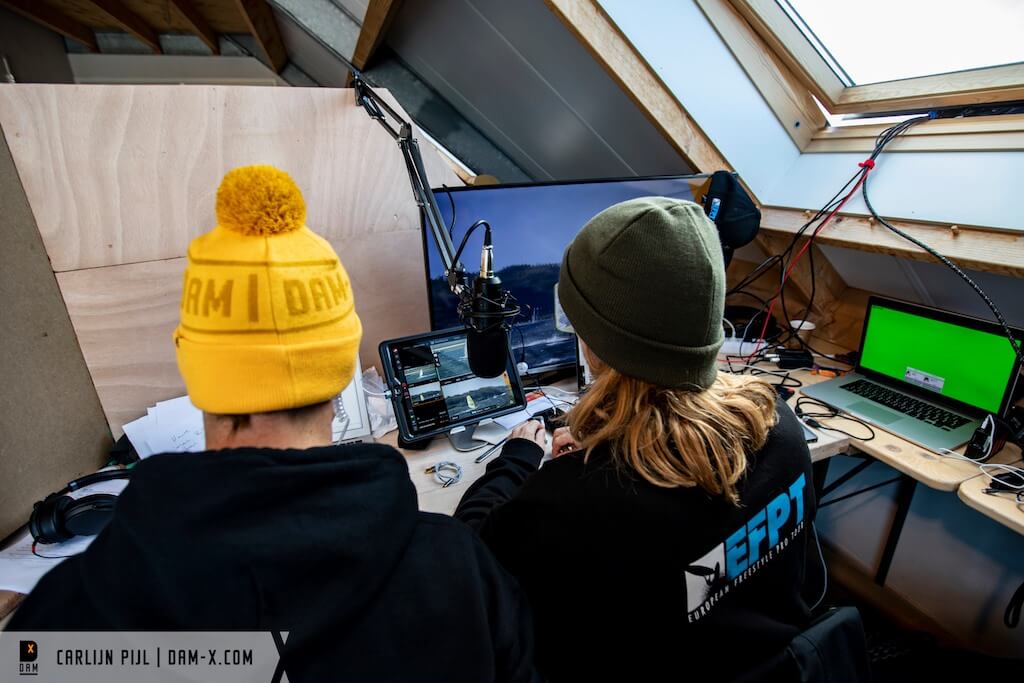 Adam working on the livestream at the DAM-X 2019

Well firstly, I think we would all be really happy to see our healthy tour return to how it was, so this year our aim is to get events on the calendar happening again, obviously we all know the circumstances that caused chaos to almost all major sporting tours and events in the last year, but with light at the end of the tunnel, we are confident that the EFPT will once again see the best riders in Europe, and even the world, competing at a level never seen before. In fact that’s probably one of the most exciting things to see once our first event gets underway; who has used the last year to step their level up, are there fresh faces that will explode on to the scene, so many exciting question marks, I certainly can’t wait.

For the longer term plan, I’d like to see the EFPT become established with around 8 to 12 core events in the year, to see the womens side of the sport take-off even more so, to match what we already do with AALVAA Media and ensure the tour is entirely carbon neutral. Most importantly I am very keen to ensure the EFPT becomes the perfect stage to nurture and promote the best freestyle talent in Europe, that it becomes a place that’s easy to access for newcomers to the sport; to learn how to compete, all the way up to crowning talented girls and guys who push the discipline to constantly new levels. I know that’s quite a vague answer but there are plenty more specific plans that we have only just started working, these will all come to light as and when we are ready to release the information.

EFPT: What should stay the same? What will be different?

Well yeah, my first ever event was EFPT Sardinia many years ago, ironically it ended up basically being a tow-in event because there was no wind, this actually kept me interested because I realised that even in no wind there would always be some guaranteed water time and a result, something I could go back to sponsors with. From that point on I tried to get to as many of the EFPT events as possible and even ended up running the only ever EFPT event in the UK, at Weymouth. Later I turned my interest in filming into a passion to produce the highlight reels, something that caught on and expanded towards live-streaming as well. So in the end, all those years; the highs and the lows, the wins and the losses, the early starts and late nights have been a whirlwind of excitement and enjoyment, but those years have given me a lot of experience I didn’t even realise I was gaining and now I look at the tour and think that some things really do need to just stay the same. Tom Hartmann couldn’t have said it better, it is like a family, everyone excited to see each other when the next event starts up, ultra nerdy chat about freestyle going on 24/7, whilst a lot of jokes and fun being thrown around, all the while carrying professionalism of a well-oiled tour that has been running for so many years. 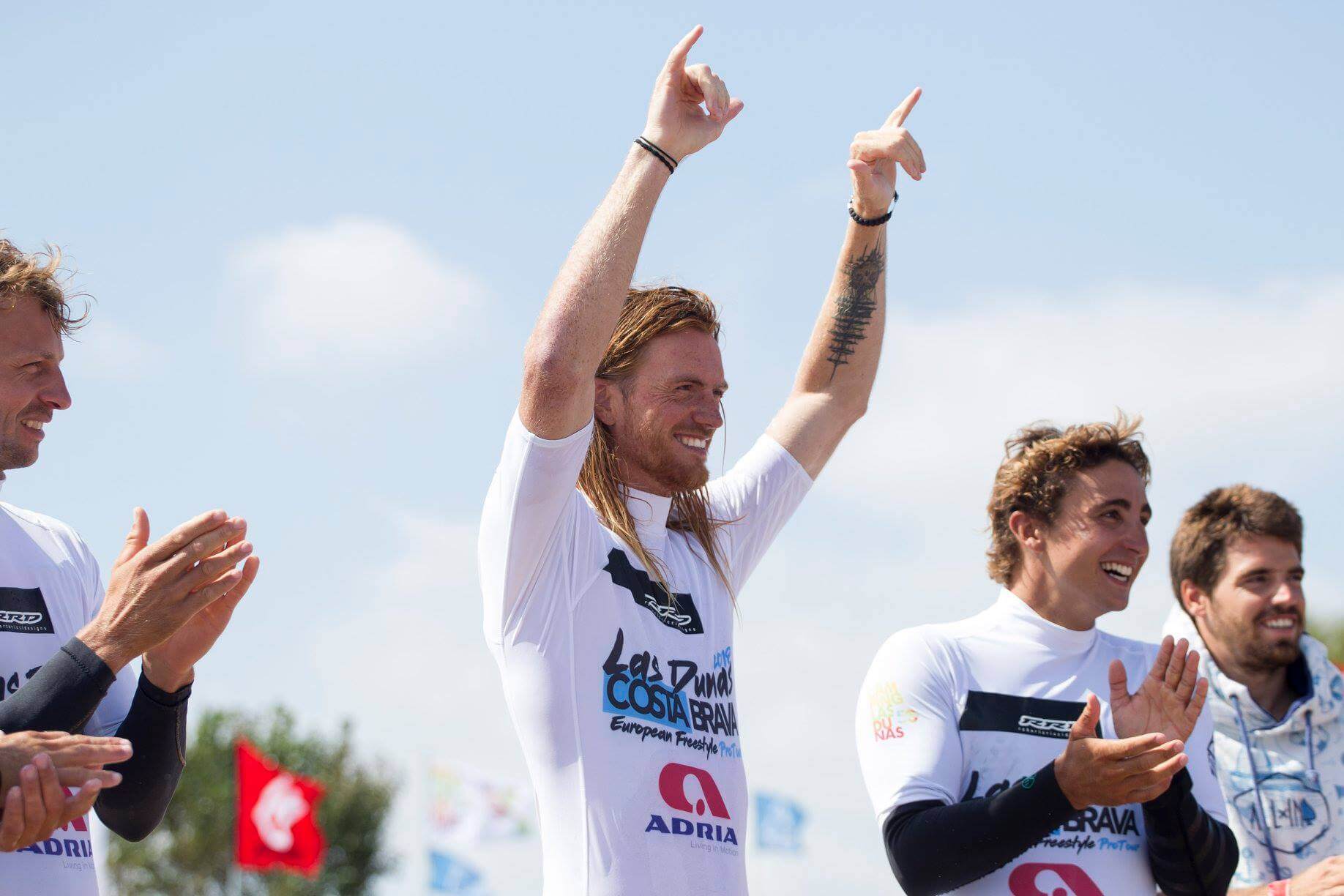 That said, changes or maybe it’s better to say additions are certainly coming, but the core that is the EFPT will always stay how it is. Things we are trying to enhance are junior/rookie camps for newcomers to freestyle, they’ll happen before events and will be hosted by one or two pro-riders. There will also be developments into the foil-freestyle side of the sport, with foilstyle shows to go alongside (or combine with) the no wind tow-in aspects. We’ll be creating a very interactive website where riders, brands, event organisers can access up to the minute images and video of themselves, their event or their team riders. We’ll be working hard on rider stats to present on the website and on our live-streamed events, and so much more, but as mentioned, all will be revealed as and when…

EFPT: What about your active career in freestyle windsurfing? Will we still see you competing or will you focus purely on different tasks now?

Well I may very occasionally still jump in to compete, but more for the fun aspect, and this would only work at events where we do not have livestream. Or perhaps take part as an invitational rider in tow-in or something like this. For now however, my competitive side of windsurfing is certainly on the back burner, I’d love to continue but it seems an alternative duty has called for now. That said, I totally look forward to the other prospects of creating content outside of the competitive season, travelling and exploring unique a new locations, creating more cinematic style content again, or docuseries, these kind of things. So I will keep occupied during the low season as well, that’s for sure. 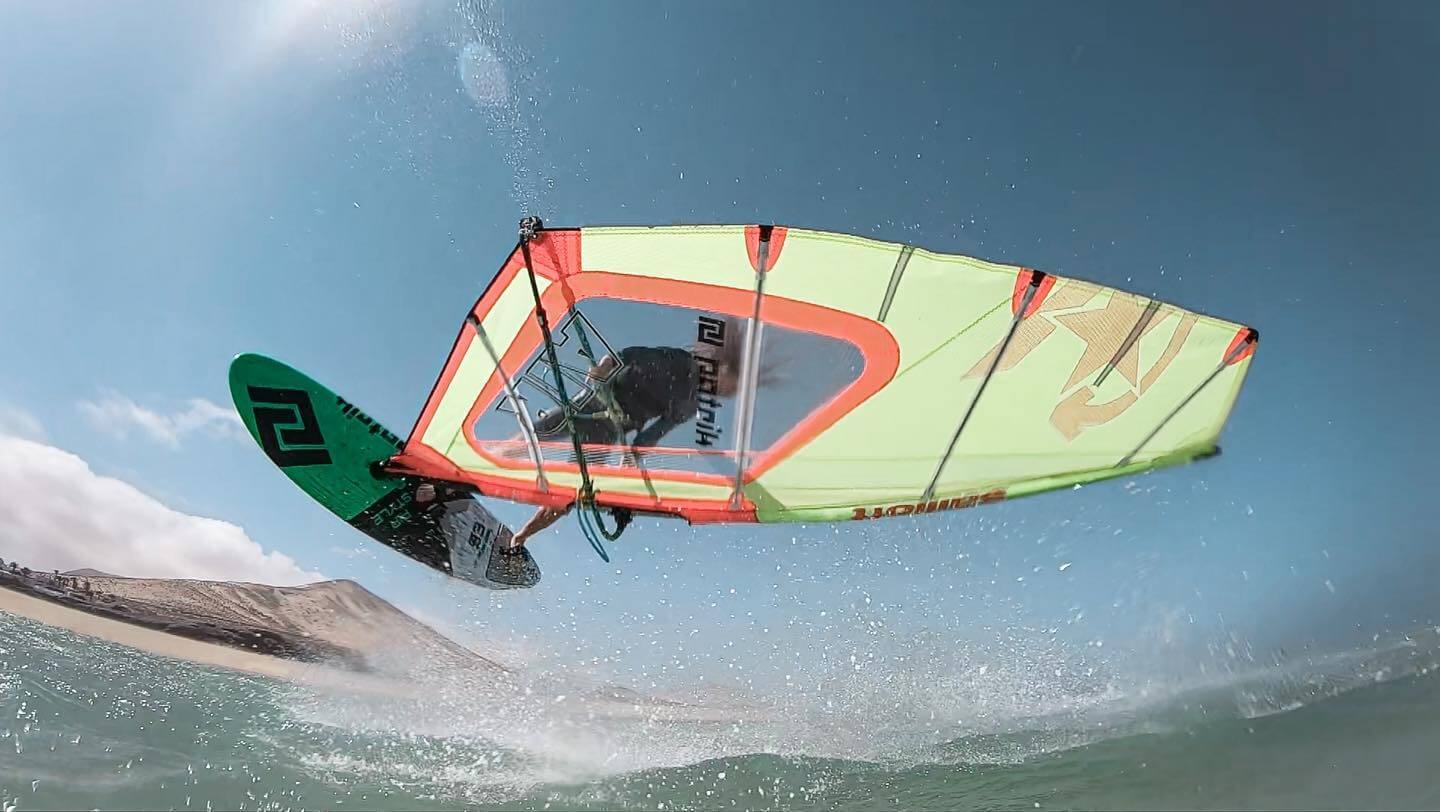 EFPT: What is your dream tour?

One that gives opportunity to passionate riders to begin and continually grow their careers within. Highly professional with a strong focus on media production that highlights personalities within the sport. A tour that is both loved by the public and the riders competing in it equally, one that is dedicated to providing fair and unbiased competition. Where necessary, being a tour that feeds to the ultimate pinnacle of the sport, offering the top competitors the chance to get a pass to the World Tour.