At the ultimate day of the EFPT Spiaggia Lunga Village, the wind remained light throughout the whole morning and the competition had officially been called off by 12.00 midday, as there had been no improvement of the conditions. The result of the first double elimination therefor remains and makes Yentel Caers the event winner here in Italy.

The second event day had been all about the freestyle competition, from the morning until the late evening – seven hours of racing. There have been exciting battles, countless amazing move combinations and some great comebacks in the double. Spiaggia Lunga delivered varying conditions and challenged the sailors to show their very best in strong and lighter winds. 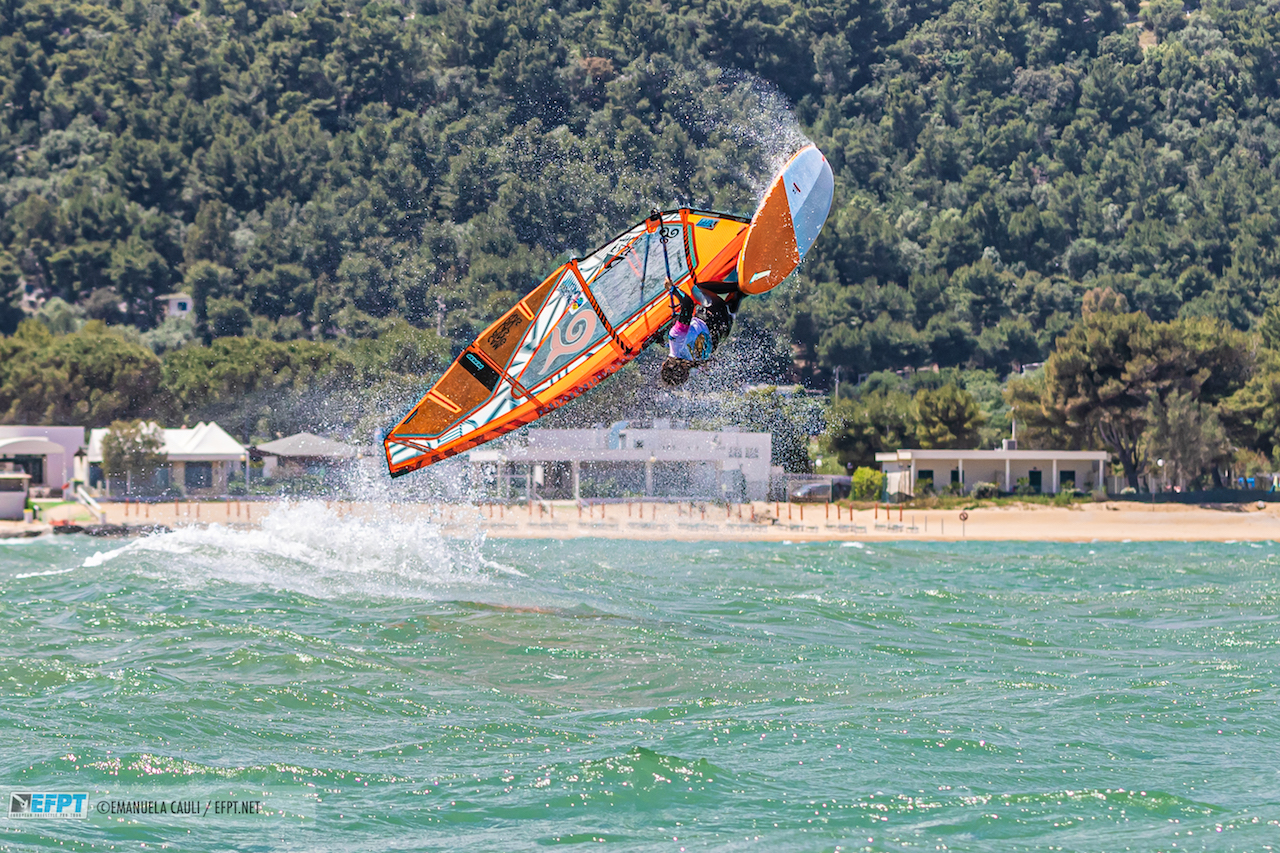 Belgian Yentel Caers won the second EFPT event in a row, showed some unbelieveable powerful and consistent competition sailing. After losing against Italian superstar Jacopo Testa (RRD/RRD) in the single elimination, Caers had to beat the RRD team-rider twice in the following double elimination, to eventually claim the victory. 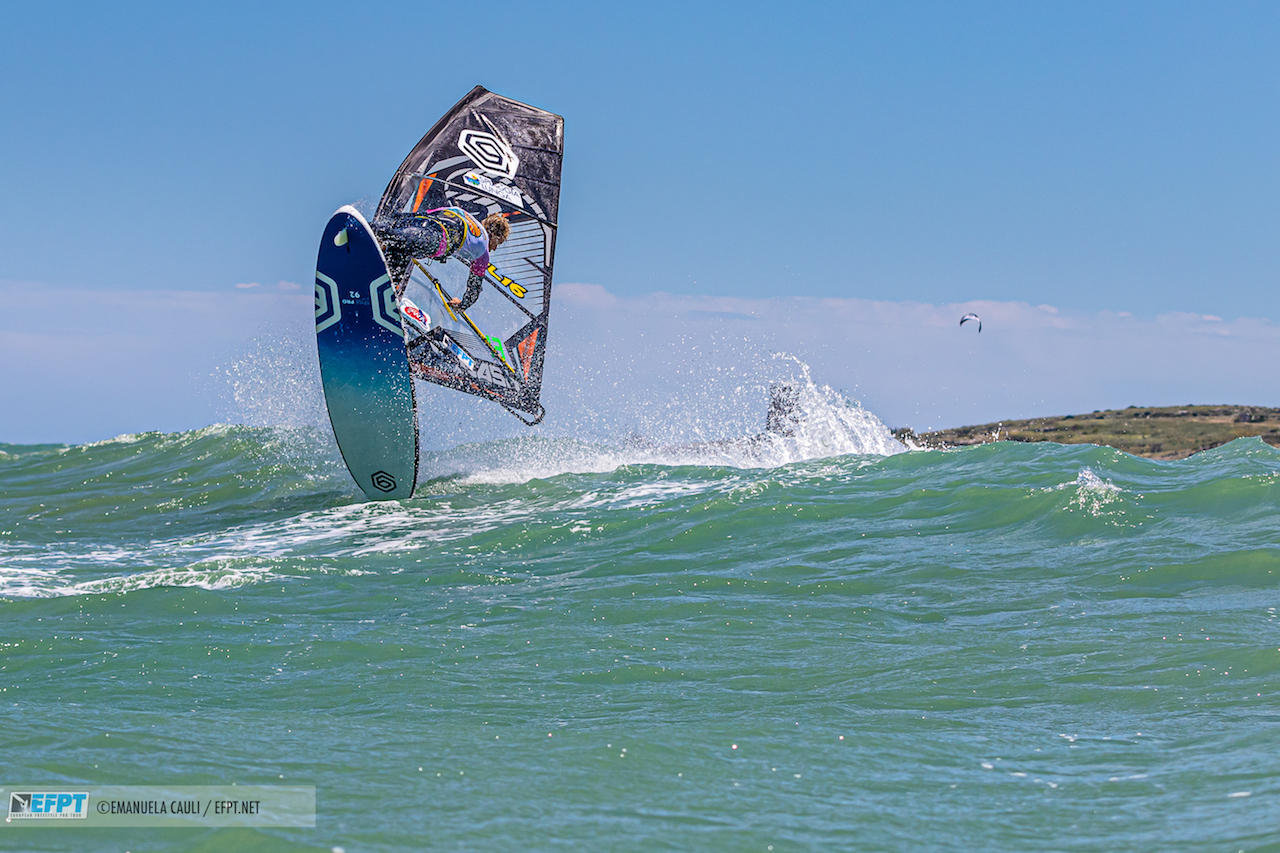 Both riders are some of the toughest freestylers world-wide and proved it in the past two big competitions. Coming in third had been Giovanni Passani, who haven’t had the best start into the EFPT season with a 7th place in the first event in Costa Brava. The Italian however seemed to love the conditions here and stepped his game back up to the level that he is capeable of. 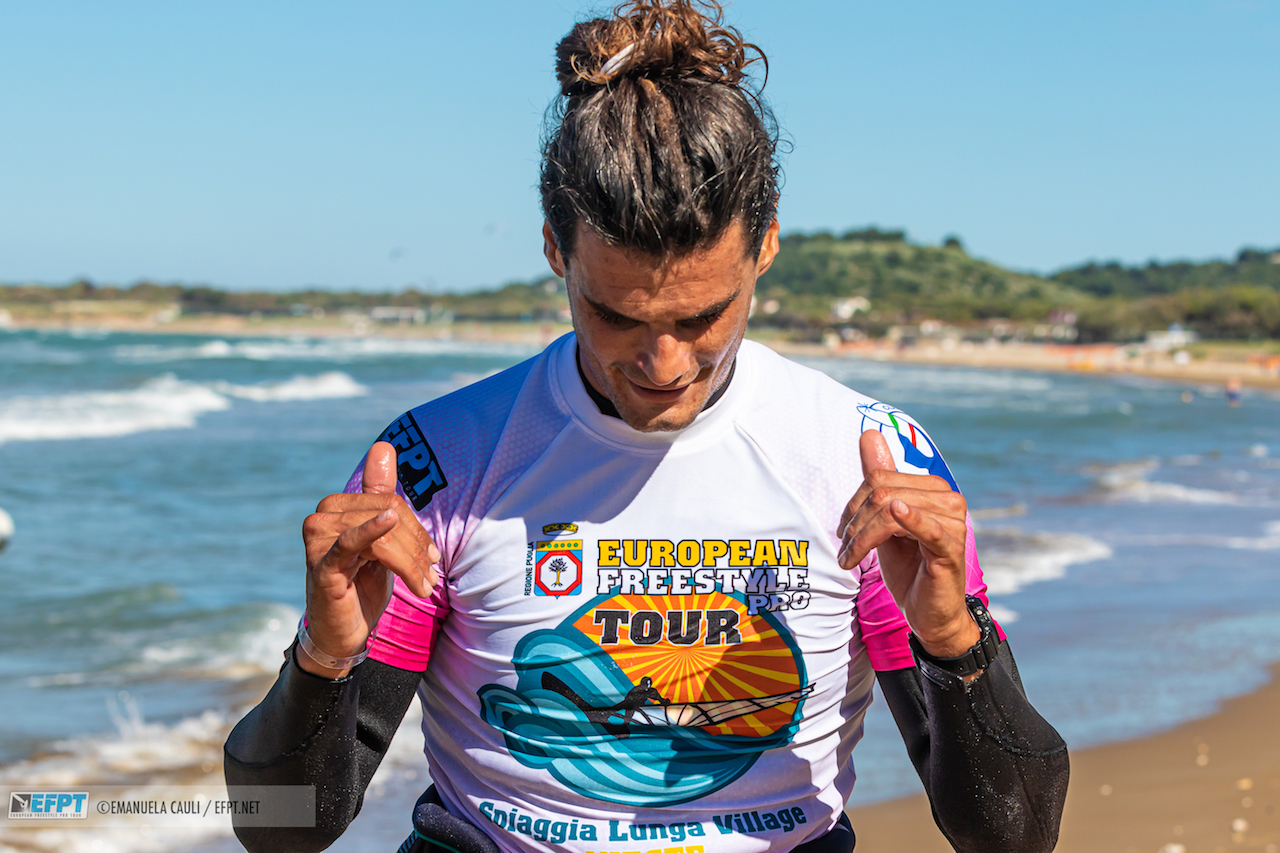 The top riders leading the overall ranking at the moment are: 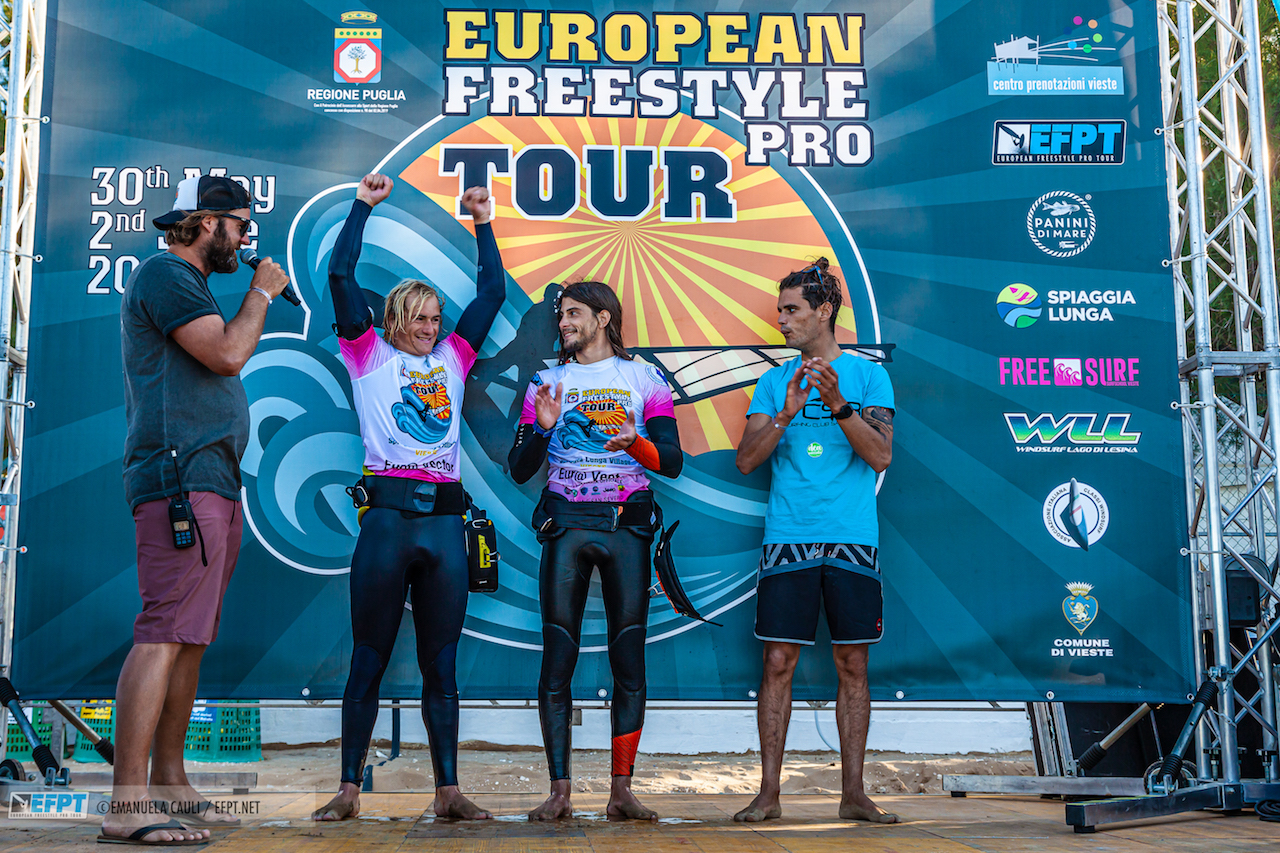 The result remains: Yentel Caers wins in front of Testa and Passani

We are looking back on four beautiful days at the Spiaggia Lunga Village and can’t wait to return to this special place in 2020. We’d like to thank everyone who was involved: all the riders, the crew, all the organisers: Aldo, Mario and Pino and the sponsors, who made this event happen: Camping Villaggio Spiaggia Lunga, Panini di Mare, Hotel degli Aranci, Village Orchidee, Village Capo Vieste, Village Diomedee, Euro Vector (FIAT, JEEP, FCA GROUP) & BPM, Comune di Vieste and Regione Puglia. See you in 2020!

The next event that is lined up will take the EFPT riders to Costa Teguise, Lanzarote – one of the riders favorites. With € 10.000,- prize-money it will be another high ranked event, that might shuffle the overall positions once again. 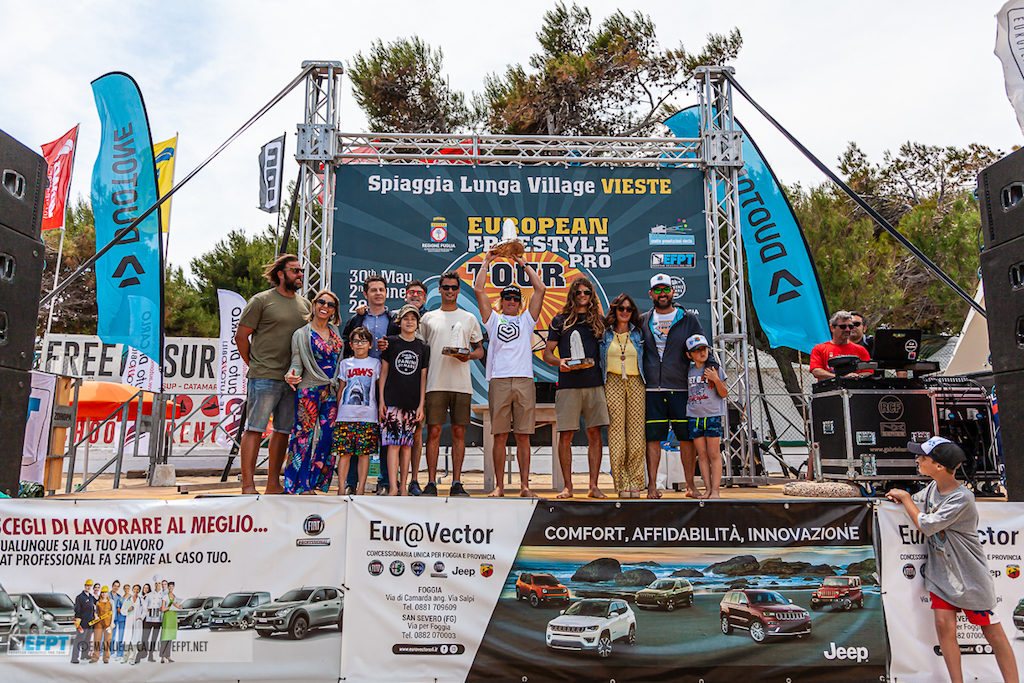