16 Riders signed up to compete in two qualification rounds, for the eight spots in the final. With €3.000,- prize-money, this event will also count for the overall tow-in ranking of 2019. Leading the overall ranking after the first official tow-in event of the season at the EFPT Engadinwind, is no other than World and European Champion 2019 Yentel Caers, followed by Steven Van Broeckhoven (Gunsails/Starboard) and Balz Müller in second and third place respectively.

Making it to the final have been Balz Müller, Sam Esteve (JP/Neilpryde), Amado Vrieswijk (JP) and Mattia Fabrizi (Patrik) from qualification round one. The riders have been towed in by a jetski, with a wave crossing just in the right angle for them to put on an incredible show. Mattia Fabrizi earned almost a perfect ten, 9,44 to be precise, for a perfectly executed air burner 900.

In the second qualification round it was time for the EFPT juniors to shine! Stefan De Bell (Patrik) from Curacao landed a perfect double air funnel scoring 9,06 points. Yentel Caers went for an air buner 360 and a double air culo in the second round (7,06), unfortunately he couldn’t land it. It’s amazing to watch Lennart Neubauer (Starboard) progressing run after run, after trying tow-in for the first time at the EFPT in Silvaplana earlier this year. Completing the fleet of eight for the final has been Antoine Albert (Goya/Goya) from New Caledonia.

In the big final that has also been livestreamed by AALVAA Media, the riders had three attempts with the best one counting. It was hard to say who the contenders for the podium would be. However it has been Fabrizi, De Bell and Müller who went into this final with the highest points of the qualification rounds. 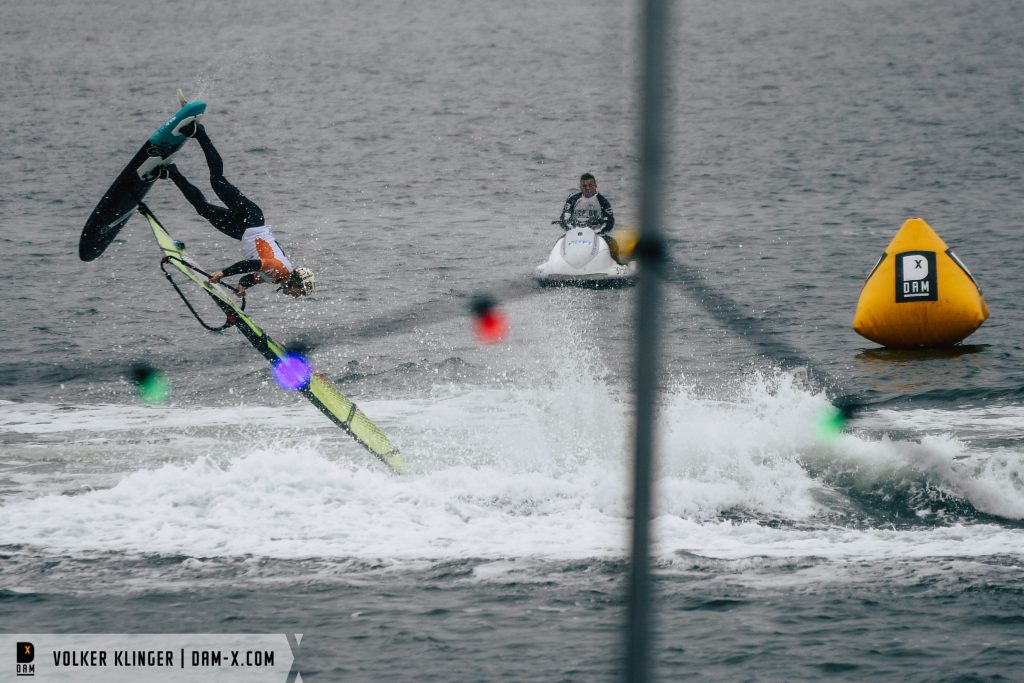 Every year this discipline develops more and more, but it has been exploding in the past two years. Today we have seen mainly double air rotations with lots of height and speed. After a solid qualification, Antoine Albert didn’t seem to find his rythmn in the final and couldn’t land his moves as clean as he wanted to. Amado Vrieswijk, who won the freestyle event yesterday, is definitely one to watch out for in ANY discipline and he was coming in strong with an air funnel 540 into 360 and an air buner 360. He even attempted one of the best double air culos that we have seen in tow-in but couldn’t stick the landing.

The two juniors, Lennart Neubauer und Stefan De Bell who made it into the final as well, didn’t disappoint and landed air burner air funnel, air burner 360ies and double air funnels to count. Yentel Caers, who won every title in the freestyle discipline in 2019, just missed the podium with his double air funnel in the third round. Balz Müller, who had some troubles with the timing in the first run, threw an amazing air funnel 540 into 360 diablo on his third run, claiming third place. Sam Esteve, who is a regular on the tow-in podiums, landed a HUGE air burner air funnel (9,00). 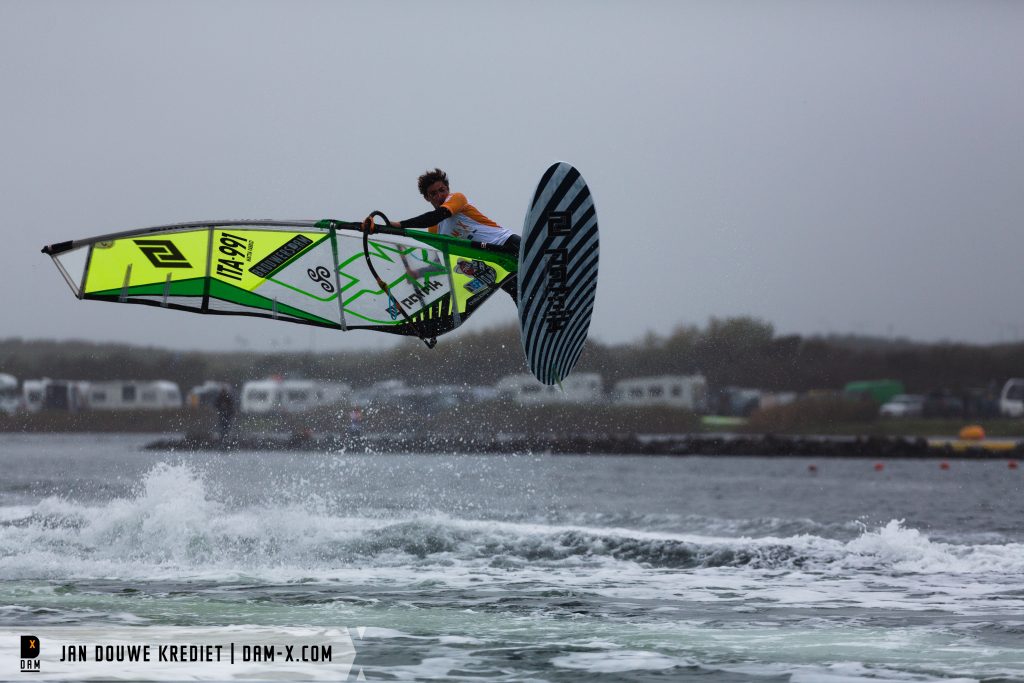 Mattia Fabrizi, who came into the final with the highest score, couldn’t manage to repeat his air burner into air funnel in his first round, but he stomped a perfect one in the second run scoring 9,25 points and claiming victory.