The first day of the 2022 Freestyle Pro Tour season saw tricky winds at the edge of competing possibility. The conditions lead to a lack of results on the scoreboards at the 2022 Surf Opening, but not for a lack of trying. After a quick registration in the morning, including all the riders posing in the new sustainable Freestyle Pro Tour lycra’s, the green light was given for the first round of the Men’s Single. Check out the resulting action in the official day 1 highlights:

A couple of heats were run in marginal conditions, but were called off by race director Danny Kater as the riders were struggling to get their scoresheets full. Regardless, it was still impressive to see some power moves being thrown down by Sam Esteve (NeilPryde/JP) in his attempts to best tour rookie Mathias Vingaard (Starboard/Severne). After postponing the heats, the rest of the day was spent on standby, hoping for the wind to fill in. Unfortunately this was not the case, and the riders were released to rest up before and early start tomorrow.

The forecast for day 2 seems to be the only option to get a result squeezed out, therefore the skippers meeting is at 6AM with a first possible start at 7AM. Fingers crossed! 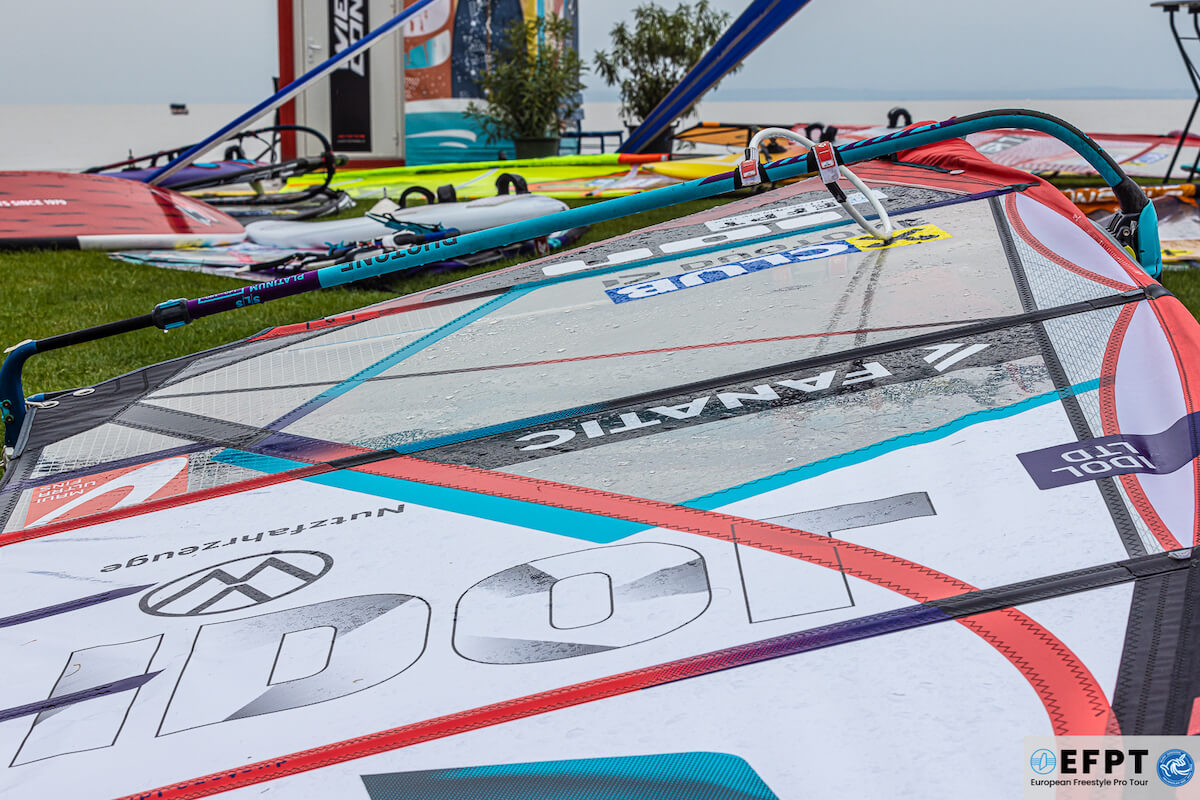