The second day of the EFPT in Vieste saw two rounds of the Single Elimination completed. With some proper waves rolling in through the competition area, the countless spectators on the beach were treated to an impressive display of aerial manoeuvres. With the lines between wave and freestyle blurred the first riders were eliminated with others advancing and showing great promise towards the finals of tomorrow. Watch the highlight clip and read on to find out about all the action from today!

The day started slowly, with the conditions gradually improving over the morning. With no rush to start the first round the riders had some time to test their setups in the wavy conditions, as well as going out to practice some foilstyle. Navigating the current proved tricky but we quickly saw some foilstyle Backloops from multiple European Champion Steven van Broeckhoven (Gun Sails/Starboard), as well as Culo’s from upcoming young gun Tigo Kort (Neilpryde/JP). Soon after some lighter riders went out on their regular equipment to show off the potential the conditions had. At half past three the green light was given and it was time for some action! 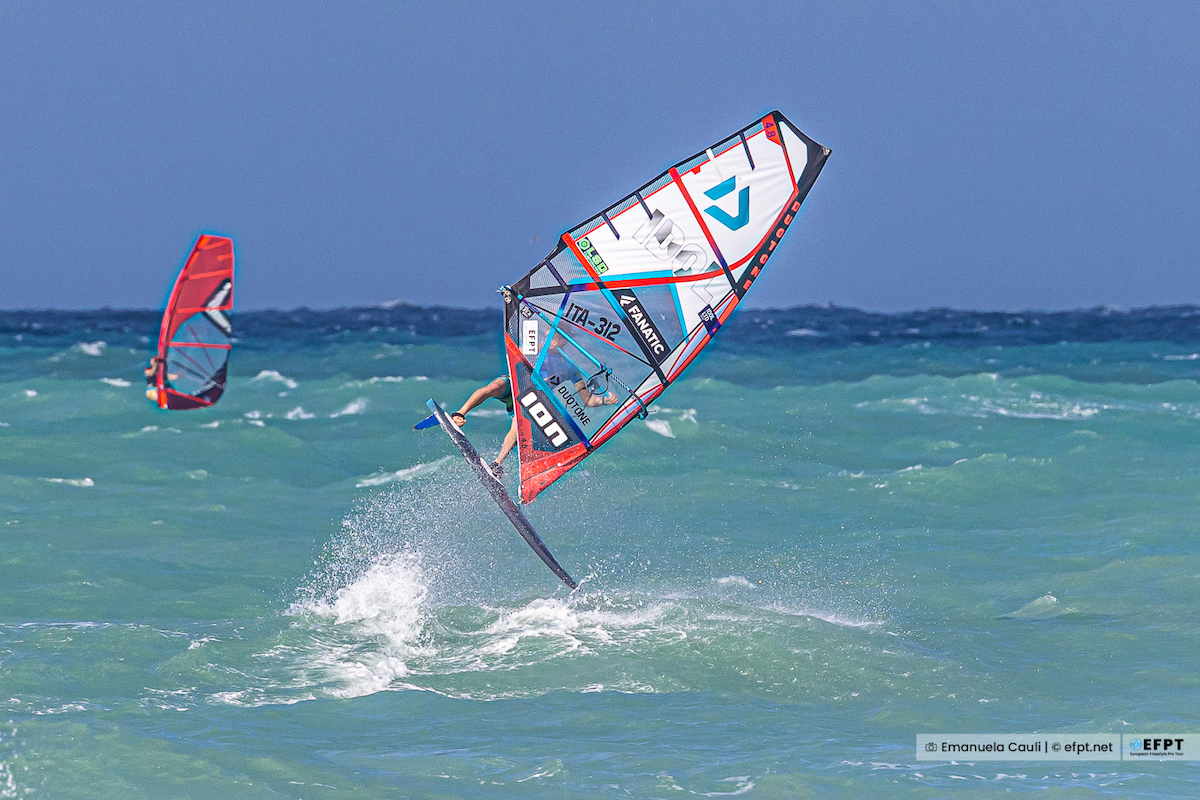 Eugenio Marconi looping himself through the first round 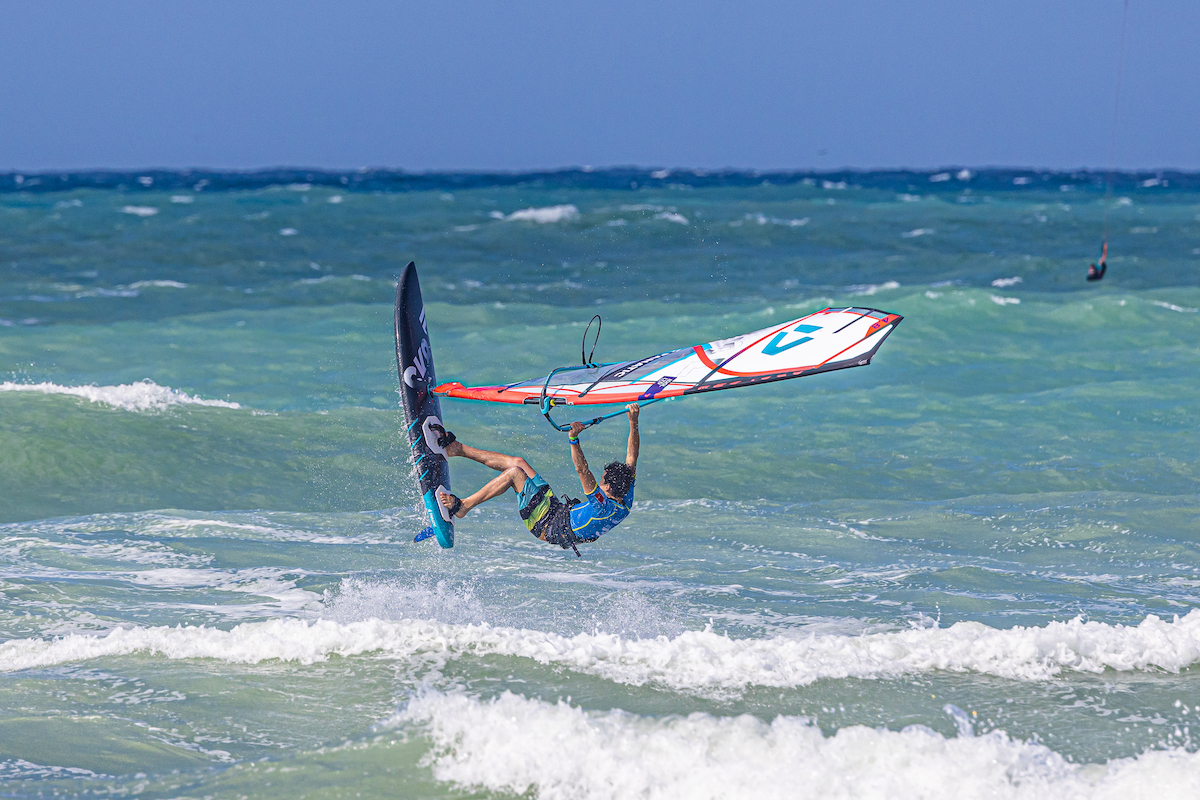 In the first round Eugenio Marconi (Fanatic/Duotone) was a standout rider. Beating Raphael Bauer (Starboard/Severne) with an impressive Backloop as his highest scoring move, the Italian gained the appraisal of the crowds. Michi Czech (Severne Windsurfing), who made his mark at the first event of the year in Austria, made short terms with Adam Sims (Sailloft) who was making his reentry into competitive windsurfing. The Brouwersdam crew of Tigo Kort, Bodhi Kempen (Severne Windsurfing) and Tim Gerdes also all passed their heats, showing significant improvement in the wavy conditions compared to last year.

In the second round we saw a lot of teammate matchups. Severne Windsurfing teamriders Dieter van der Eyken and Felix Volkhardt (Maui Ultra Fins) had to battle it out for a spot in the quarter finals, with the more experienced van der Eyken coming out on top. Team NeilPryde / JP-Australia also had a showdown, with 2019 World Champion Yentel Caers going up against youngster Tigo Kort. Caers put together the highest scoring heat of the day and advanced. Tour leader Jacopo Testa (Point-7/AV-Boards) secured his spot in the quarter finals with a massive score as well, showing off his jumping skills on the way out with a Pasko, Pushloop and a Backloop. His brother Matteo Testa (F2 Windsurfing) was eliminated by Antoine Albert (Goya Windsurfing) and Youp Schmit stopped Michi Czech’s hopes of having a top 8 finish in the single elimination. Boasting a massive Air Chacho, Adrien Bosson (Duotone/Fanatic/MUF) advanced as well. The final spot in the quarter finals were obtained by Sam Esteve (NeilPryde/JP) and Steven van Broeckhoven who both came very close to the highest heat score of the day.

Sam Esteve going for a Pasko

With the quarter finals set, an epic finals day lays ahead. With an even better forecast than today the third day will surely see the peak of what’s possible in freestyle windsurfing. Rider’s are meeting at 9:00 for the skippers meeting, with a first possible start of the finals at 9:30. Stay tuned!