Sun, a light breeze, a great crowd, a boat wake and the winch – all ingredients were there for a perfect Tow-in Airstyle final at the Vanora Engadinwind by Dakine 2021. The six riders that qualified yesterday participated in the first ever knockout final format, where after each run one of the riders was eliminated. A total of four runs were completed in different categories. Three of them – Air, Combo and Send – are familiar from the qualification, but the judges decided to swap the Spin category for something new. In the end Lennart Neubauer (Starboard/Severne) took the win, read on to find out how he pulled that off… 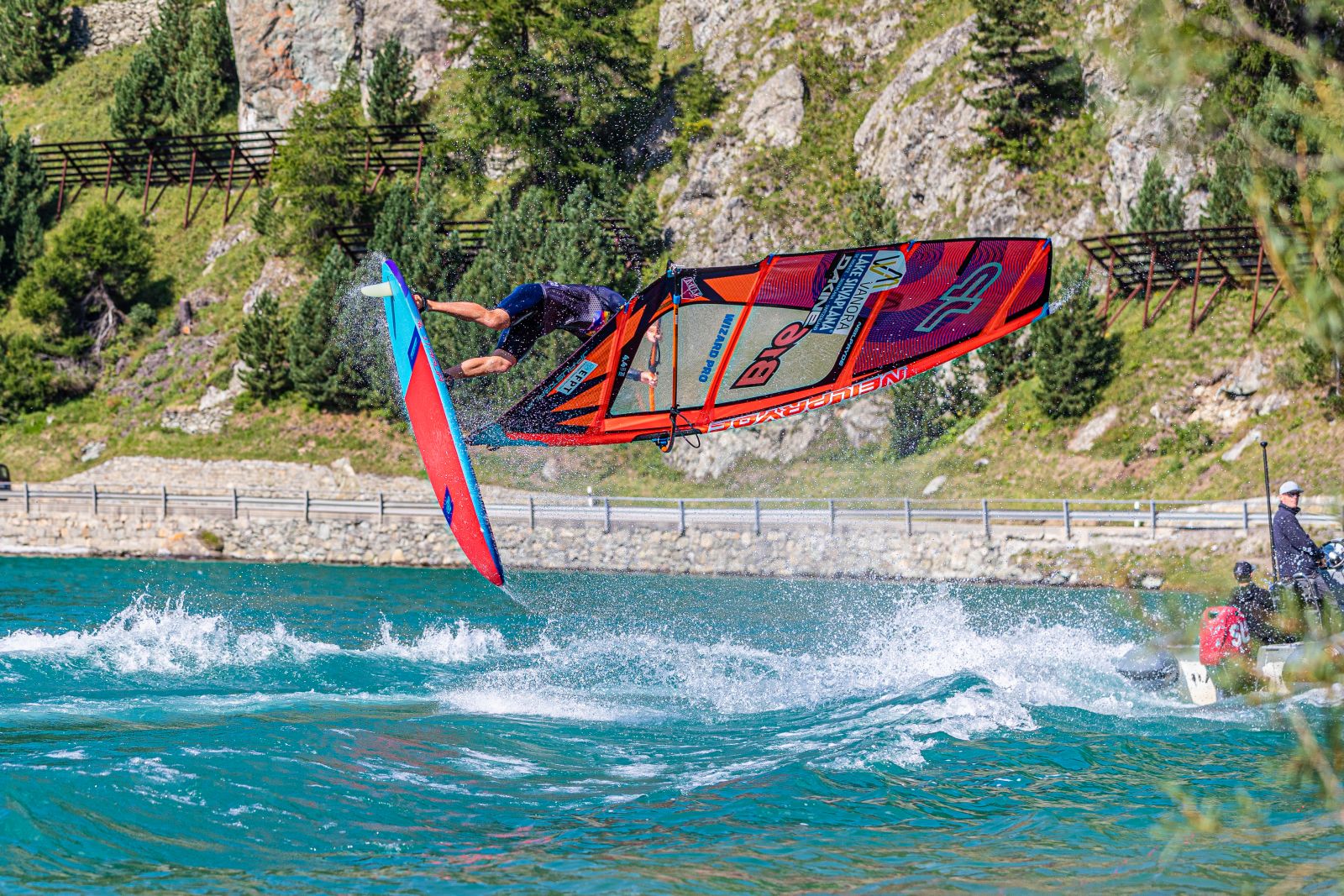 Will Yentel Caers perform as consistenly in the final as he did in the qualification? (Picture by Emanuela Cauli)

The skippers meeting saw the introduction of the Regular category into the mix. Do not be fooled by the name, as this category is anything but easy. The athletes are forced to have their feet the other way around during take-off, simulating what is called a “regular stance” during windsurfing. The result of this change was immediately visible during the practice runs. As the riders were now forced to diverge from their usual repertoire of moves, the crowd got to enjoy a whole new diversity of action. Double Air Culo’s and Kabikuchi’s were thrown down, and if the practice round would have counted towards the competition, then the final would have been incredibly close at this point already. 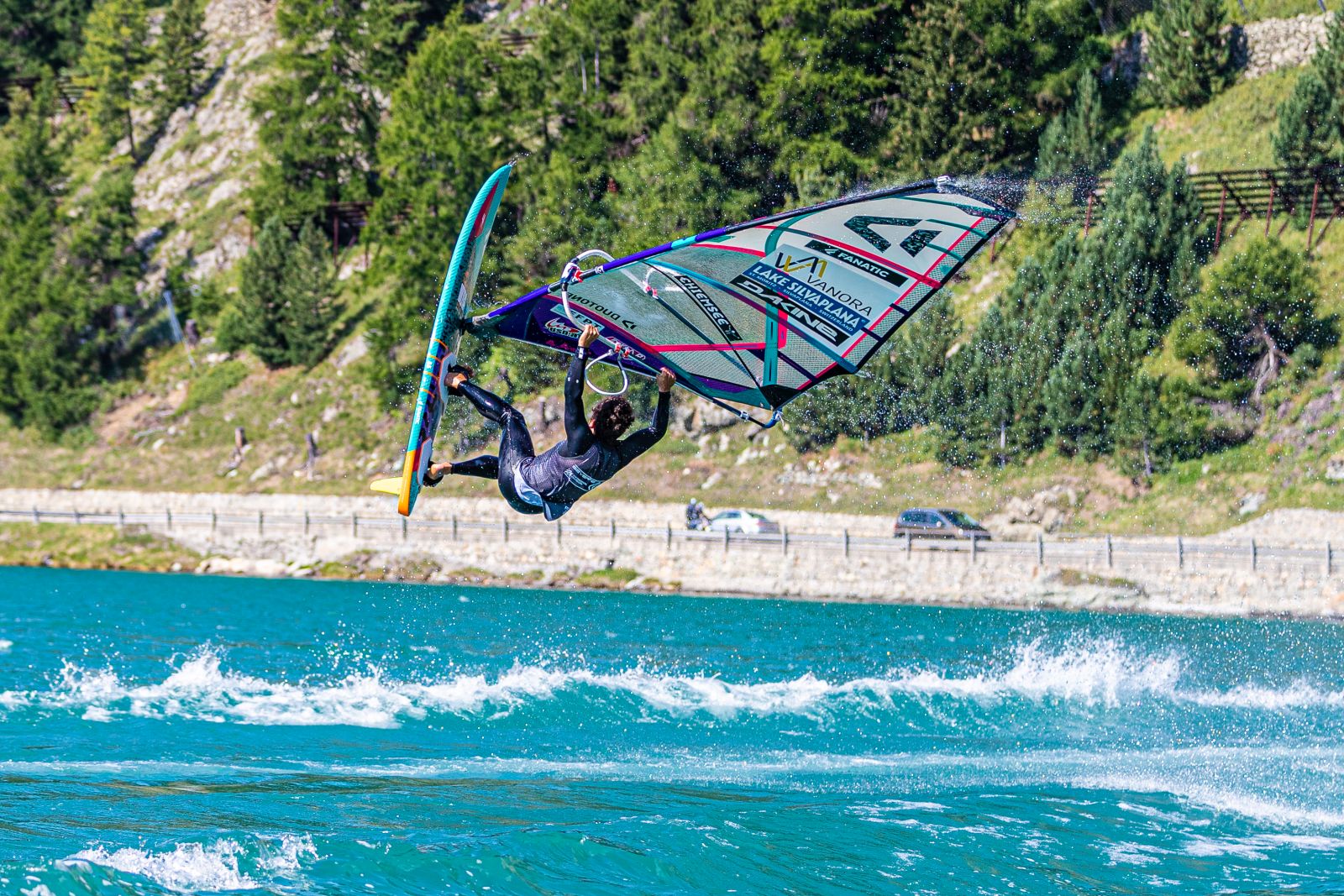 First up was the Air category. Amado Vrieswijk (FutureFly/Severne) opened with a Skopu attempt, but didn’t quite stick the landing. A similar attempt was done by Max Matissek (Fanatic/Duotone) who also did not score too high. Afterwards, there was a clear shift towards double air rotations among the remaining riders. Balz Müller (Severne) tried to add a rail grab, and it was once again Yentel Caers (JP/NeilPryde) who asserted his dominance getting a perfect 10 score on his run. Unfortunately, Max had the lowest score and was thus knocked out of the final.

The Combo category was not as kind to Yentel, who for the first time in this competition crashed a move. The final was now wide open again allowing Lennart Neubauer and Sam Esteve (JP/NeilPryde) to cash in on the Belgian’s mistake. Funnel variations filled the scoresheet, and it was Amado Vrieswijk who was eliminated after not completing his run. 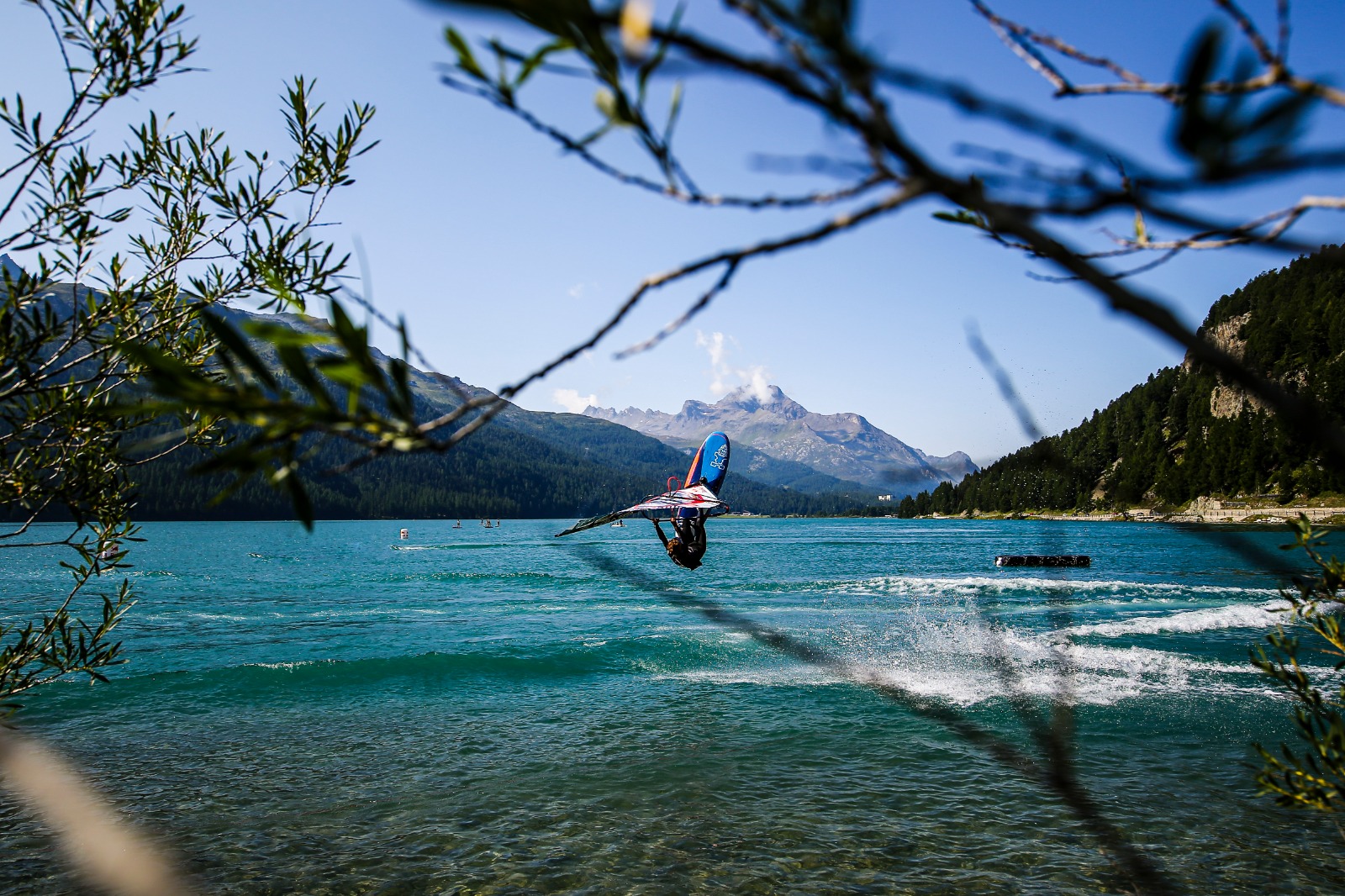 The trickiest of all runs proved to be the Regular category. With only four riders left in the mix they were now fighting to secure a guaranteed podium place. Sam Esteve showed the crowd how difficult the set up for a regular stance tow-in move actually is, nearly crashing into the boat on his first attempt. As he didn’t actually jump, he was allowed another go. Opting for no wave this time, he impressed with a beautiful Double Culo. Furthermore, recreating the almost flawless Double Air Culo from his qualification was definitely on Yentel’s mind, but sadly he did not manage to impress as much. As this is the third run, a discard now applied on one of the scores. Lennart could immediately use his for an unsuccessful Kabikuchi attempt. Balz Müller tried to hang on to the podium with a really high Kono but, with the discards now applying in favour of the other riders, he was eliminated.

And so, it was down to the last three: Neubauer, Caers and Esteve. There was only one item left on the Airstyle menu: Sending it! We saw a huge double air rotation from Yentel, but it was Sam who attempted the first ever tow-in Air Skopu into Burner that evoked a collective gasp from the judges. The only thing that could top that was the highest ever Air Skopu seen in Tow-in competition history. It was none other than the young Lennart Neubauer who can now write that feat to his name – guaranteeing him first place. 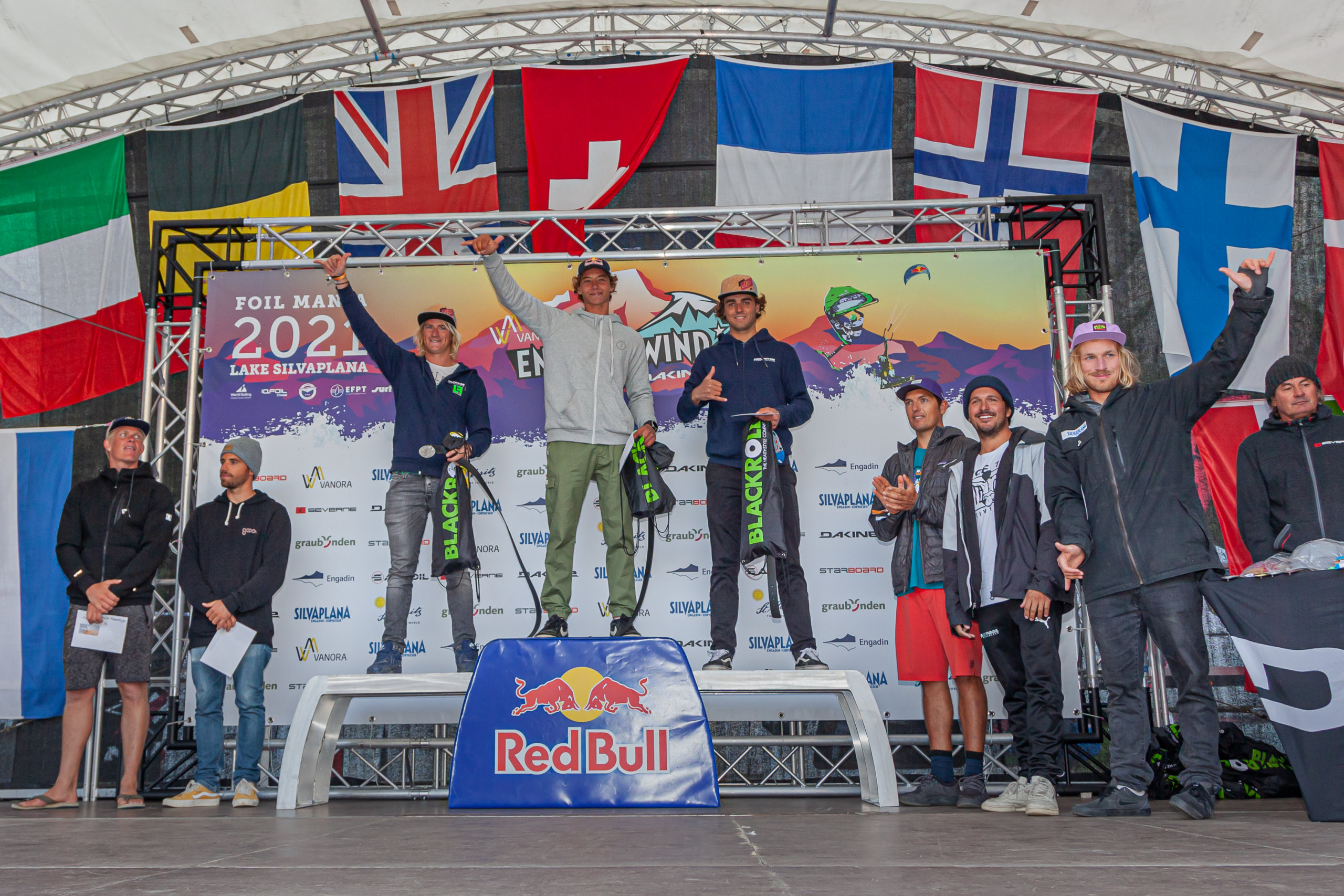 See the final results here and check how they impacted the overall EFPT Tow-in Championship ranking here. Moreover, you can see the official highlight video here:

Tomorrow all the riders will take to the water one last time in a completely different format. To see the Tricks for Cash expression session unfold make sure to tune into our livepage tomorrow from 10.30 on. See you there for some more radical action!