On the last day of the EFPT Engadinwind Tow-in event it was all about expression. Tricks for cash, a highly popular format amongst spectators, releases the judges from their classic scoring system and sets them up on a boat with a 1000 euros worth of bills on hand. The only thing the riders have to do is to impress the judges so much that they will want to make it rain on them. The result? A plethora of rare tow-in moves on a morning that the Silvaplana crowd is sure to remember well. 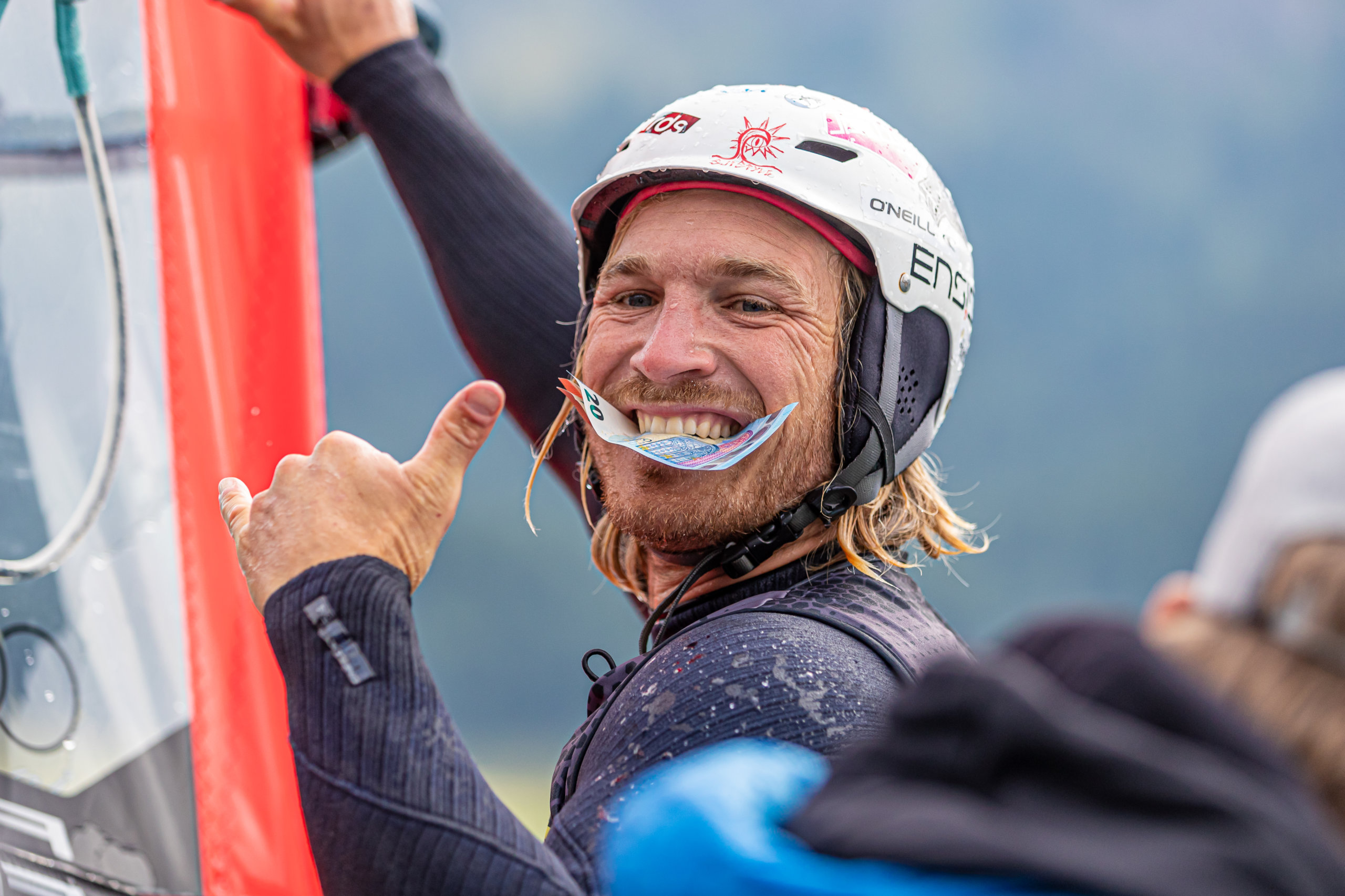 So let’s make up the balance. Some riders reimagined the format to suit their style. For them it was time to crash for cash. We saw a huge Jesus Christ into Faceplant from Max Matissek (Fanatic/Duotone). Another rider who was soliciting the heavens was Yentel Caers (JP/NeilPryde) who launched himself into his signature move: the cannonball. After that he hoped to break the bank with Amado Vrieswijk (Future Fly/Severne) by trying to do the first ever tandem tow-in run. Luckily for the judges they were not subjected to fraud as the Bonaireian was not able to hold on to the towline with the extra weight. 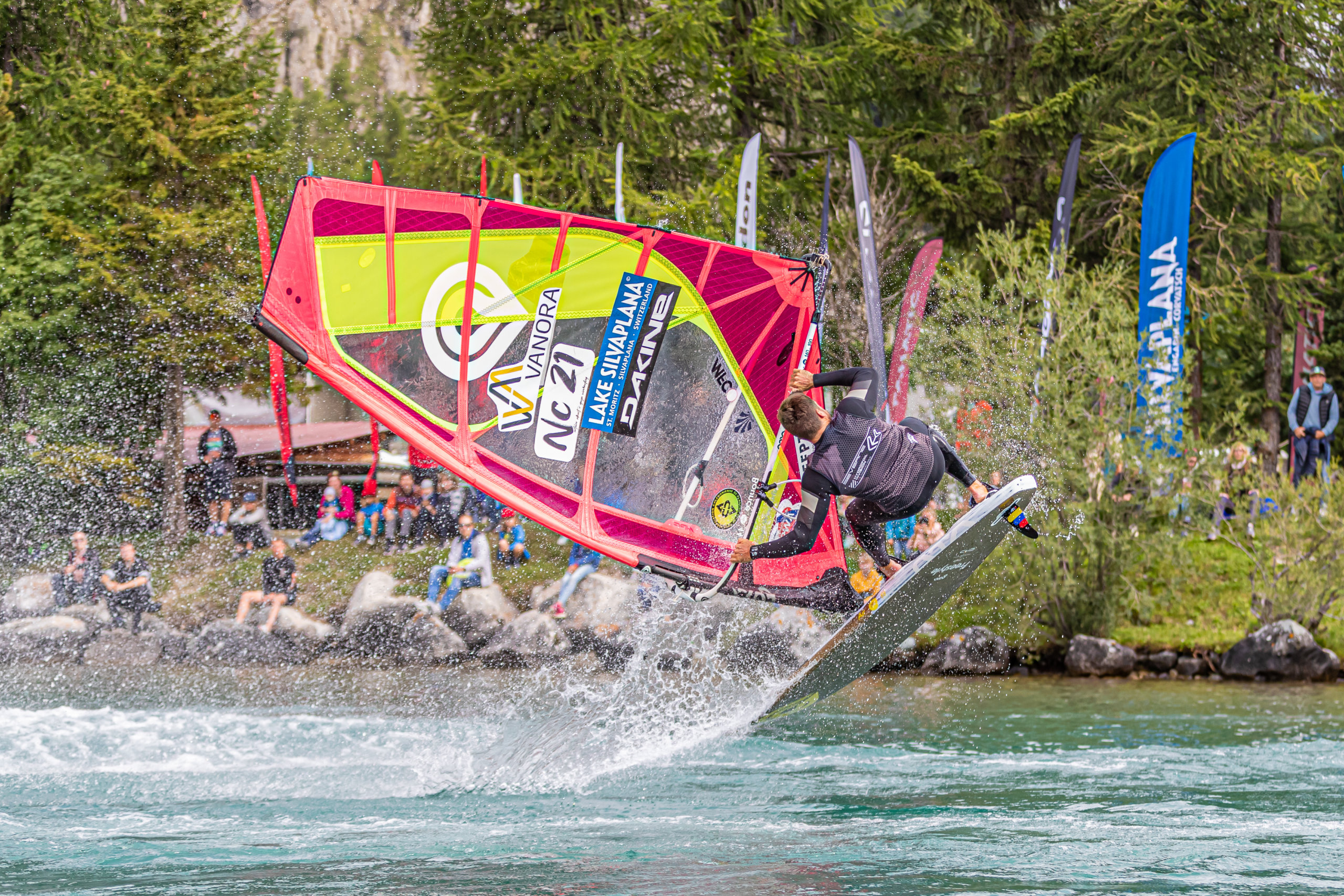 The crowd also got a show from the riders that decided that investing in style and variation would be smart. Antoine Albert (Goya Windsurfing) impressed with a Frontloop and a Shaka – two moves that are quite undervalued in this discipline of freestyle windsurfing. To add to that, Lennart Neubauer (Starboard/Severne) did a stylish Air Spock. He must have thought that the sail was holding him back though, seeing that he took a gamble and went board-only for his last few runs. Balz Müller (Severne) took a wager on his foil again, and apart from one nasty crash, that decision definitely paid off. 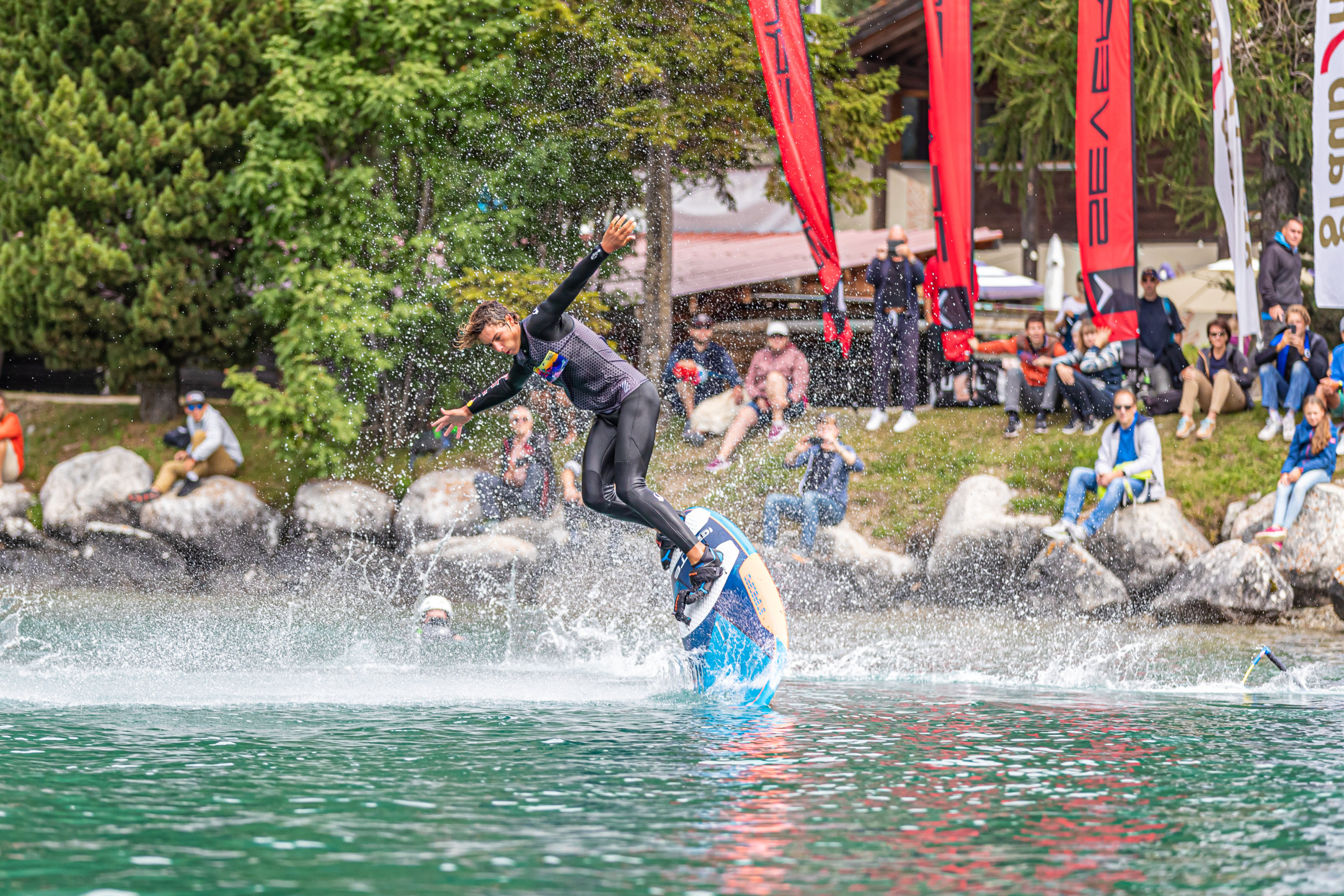 In the end the judges had to pick up the biggest tab for Sam Esteve (JP/NeilPryde) who got a 100 euros for a massive double air rotation. To close off the show it was time for Yentel Caers to put his money where his mouth is after he was talking about the double cannonball all throughout the event. A mishap on the first run granted him another go and soon we saw the Belgian going double or nothing through the air. 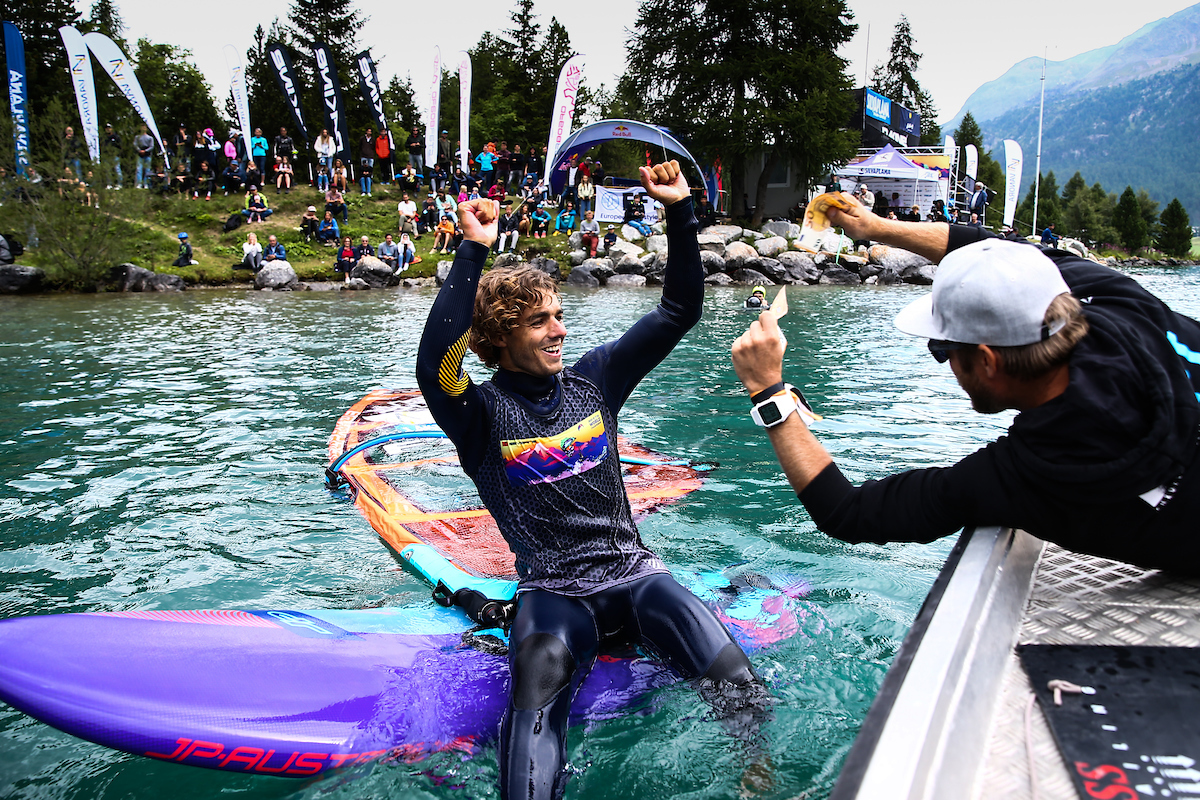 With the judges left bankrupt it is time for the EFPT to say it’s goodbyes to Silvaplana. A huge thank you is in order for the event organisers, the athletes, and of course everybody that was following the event. Whether it was through the livestream, interacting with us on social media or in person on the beach – we hope that you enjoyed our coverage and cordially invite you to our next event in Theologos, Greece!