On the final day of the EFPT Theologos 2021 no more competition was run. Due to light winds the only action to be seen was on the foil or during the party in the evening. The women and juniors were hoping to compete in their additional double eliminations but were released in the late afternoon as the conditions did not improve. With most riders relaxing around the Surf and Kite Theologos centre throughout the day, the organisers put together a signing session with the top athletes. Spectators could get a picture with the pro’s as well as having a poster or other merchandise signed. With the event drawing to a close there was one last thing on the agenda: the award ceremony! 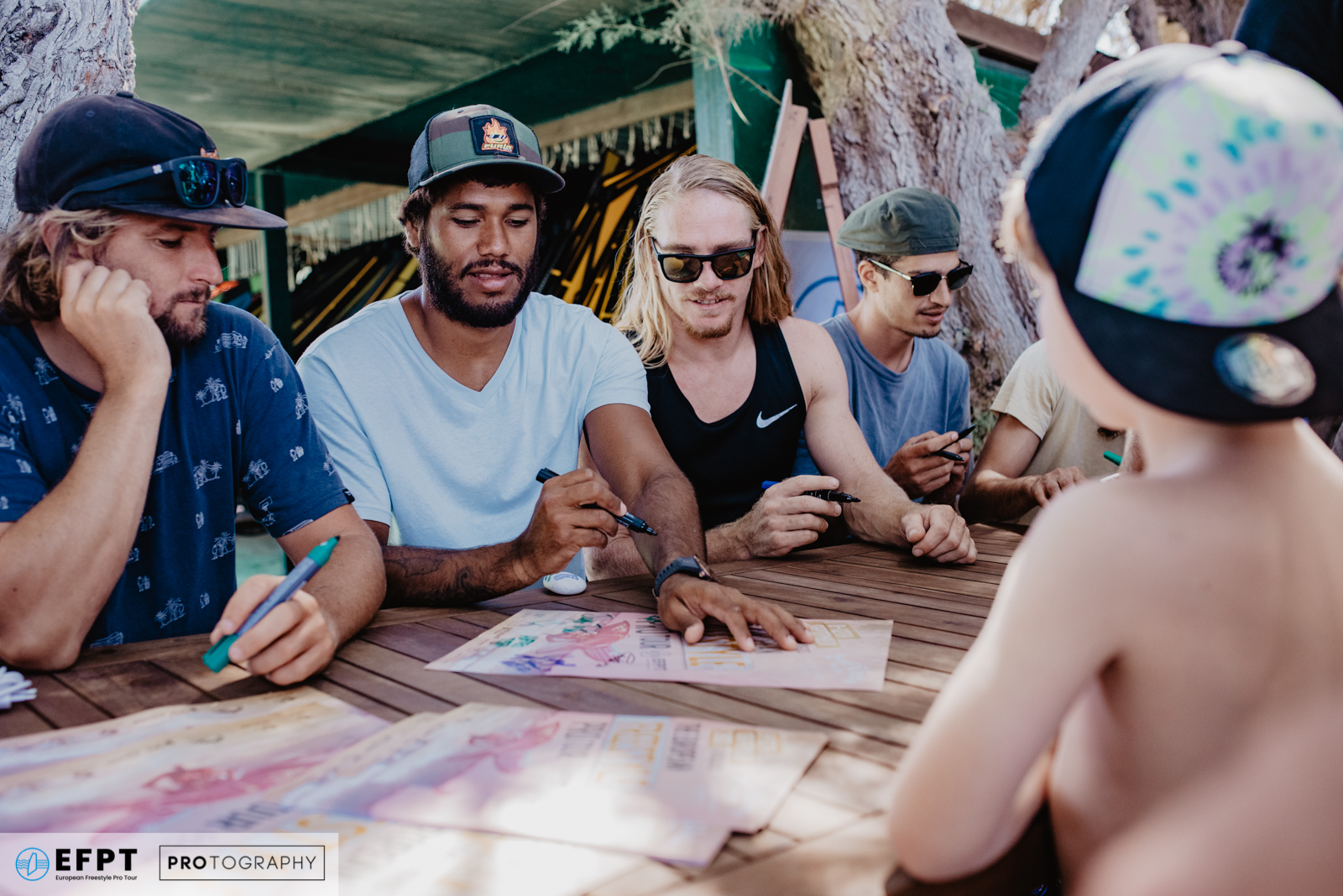 The ceremony was opened by traditional Greek dancers who gave the riders and event spectators a taste of the local culture. After a few words from event organiser Tobias Gottfried and EFPT CEO Adam Sims the prize giving commenced. In the juniors the podium was occupied by Bodhi Kempen in third, Tigo Kort in second and upcoming superstar Lennart Neubauer in first. The top three women were: Hanna Poschinger in third, Olya Raskina in second and the spectacularly performing Maaike Huvermann in first. Because this was the only event this year for the juniors and women, Lennart Neubauer actually became Junior European Champion and Maaike Huvermann became European Champion for the women! 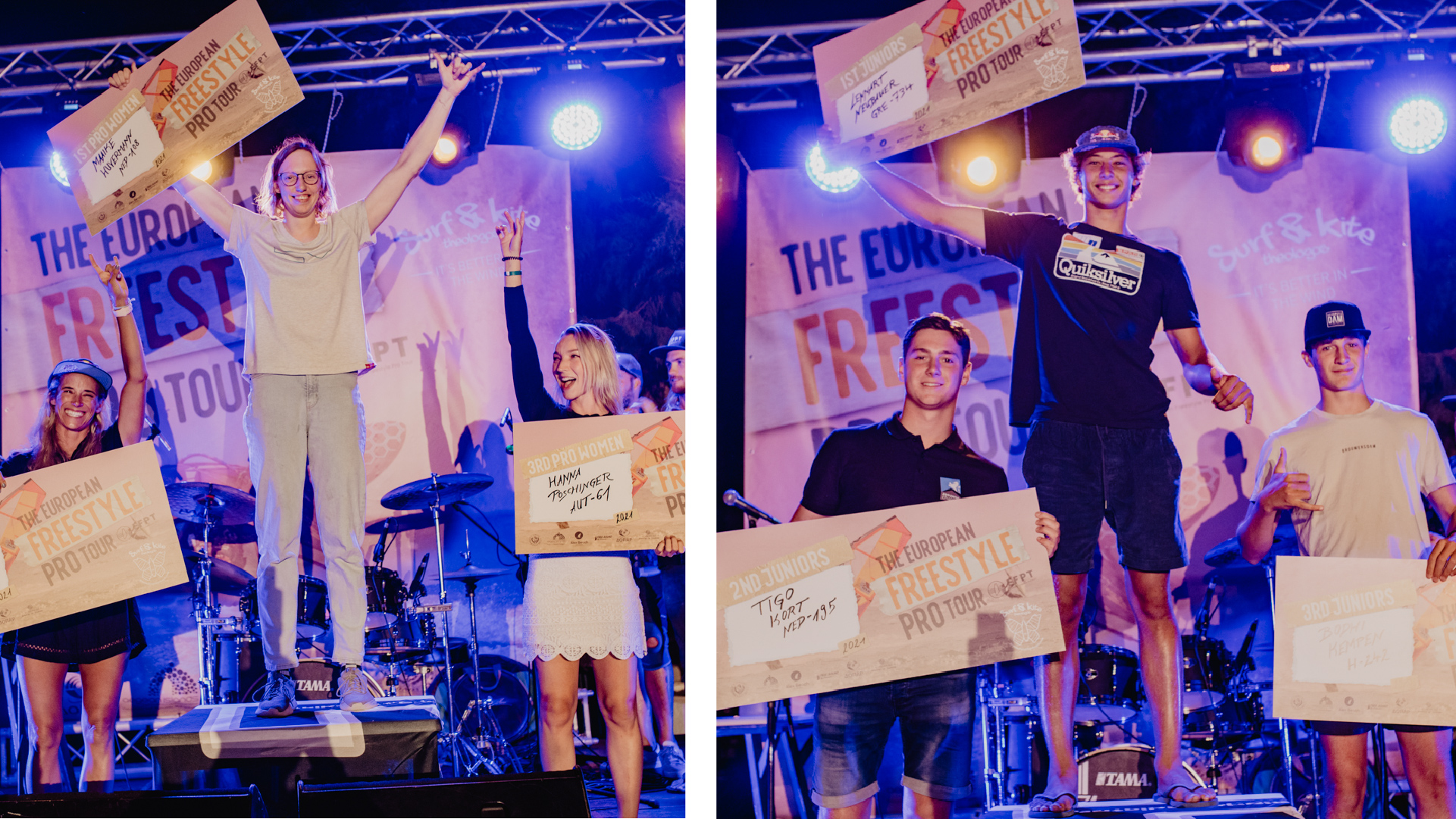 In the men’s competition it was Jacopo Testa who took third, Yentel Caers who took second after an amazing comeback, and Amado Vrieswijk from Bonaire who topped the podium. After receiving their prizes, the athletes kicked of the party by spraying everyone with champagne. The rest of the evening was led by live music and dancing as everyone was celebrating a successful event.

A huge thank you is in order to the organisers of the event over at Surf and Kite Theologos. Their professionalism resulted in a superb event with a fantastic atmosphere that everyone present will surely never forget. Centre owner Tobias already confirmed the event for next year meaning that the EFPT will be back on the beautiful island of Rhodes between the 7th and 11th of September 2022. We are looking forward to seeing you there! 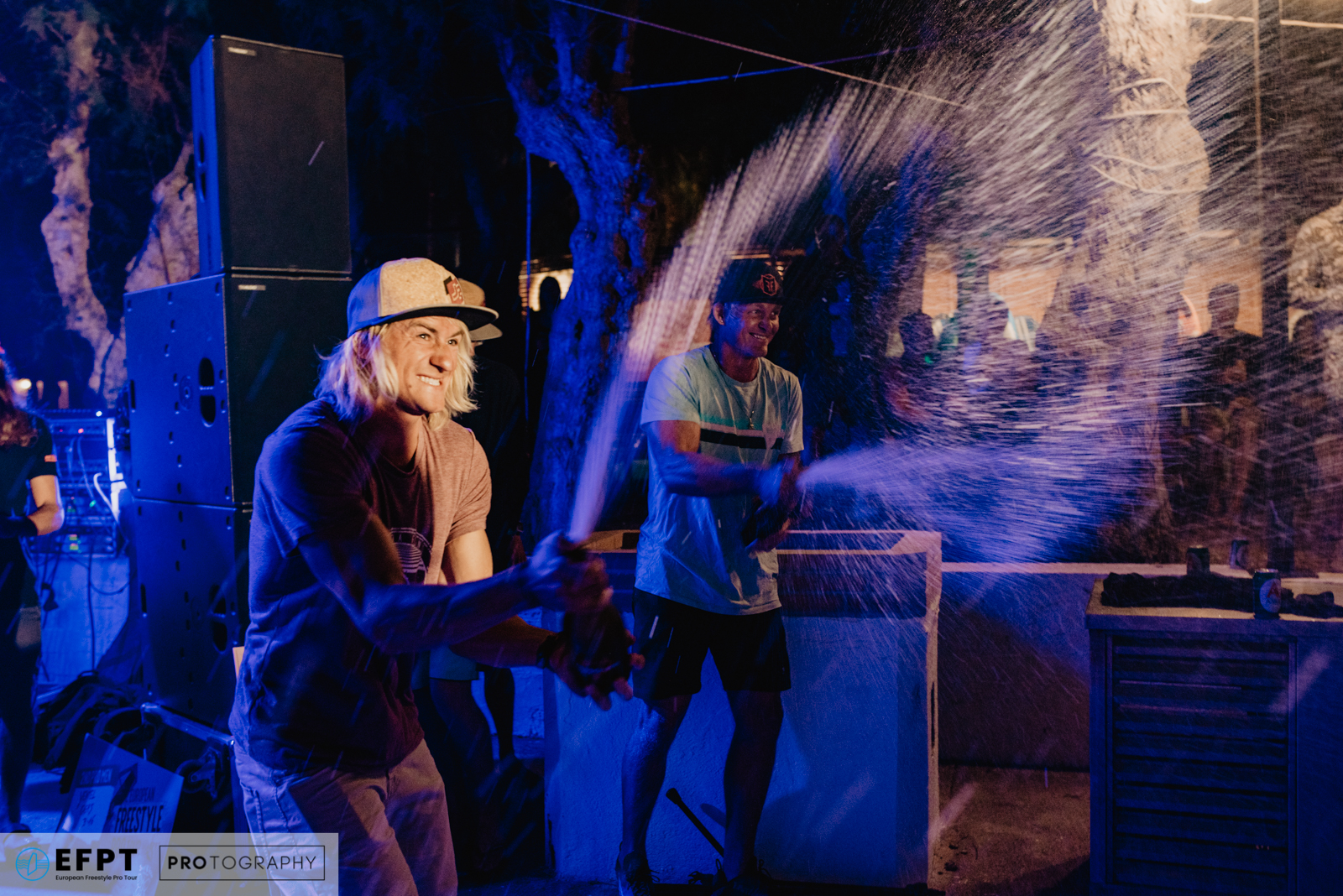