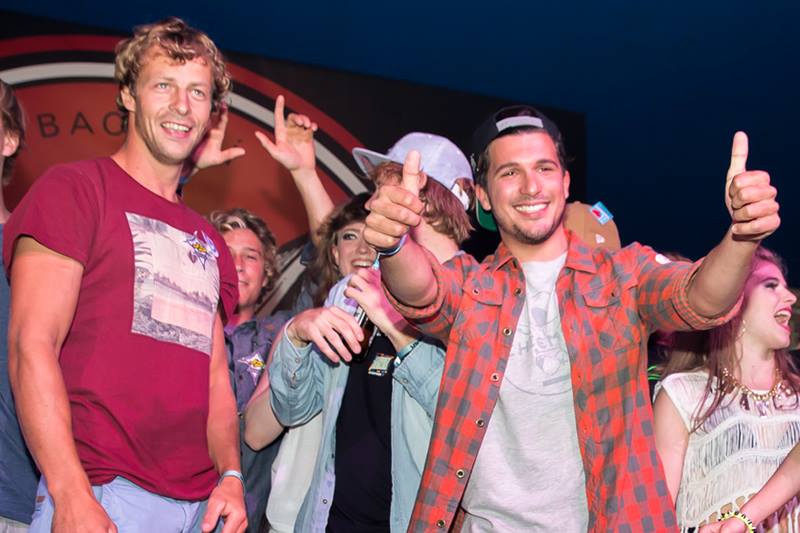 EFPT at the Surf Worldcup – Day 2

The day did start off with low expectations concerning the freestyle windsurfing competition, yet with the outlook of another exciting fight for the places in the final of the Chiemsee European Tow-In Championship.

After the riders presentation yesterday night in the big party tent with more than thousand spectators, the day at the event area started a bit slower. From 1.00 pm though the EFPT crew and the riders went straight into a very busy and productive afternoon, starting with a riders meeting to discuss the future of tow-in judging and the format. With a lot of valuable input by many riders tow hours went by quick and led to a new point system for the different tow-in maneuvers based on the experiences of our sailors and their perception of the technical difficulty of the moves. At 3.00 pm some of our riders proved their talent in different board sports and even showed off the pros at the skimboard challenge.

At 4.00pm fleet number two of the Chiemsee European Tow-in Championship could use the jetski to train for one hour. At 5.00 pm we went straight into competition. With hundreds of people on the beach the three Austrian riders in this fleet had a big support. Alex Seyss (JP/Neilpryde) who has been on and off the tour for many years could battle against his country-mates Paul Simmerl (Sailloft/Patrik) who is completely new to the international competition scene and against Max Matissek (North/Fanatic) local hero and tow-in superstar. Matissek showed his potential in the previous years and has been part of the tow-in competition since it’s start. Youp Schmit (JP), Julien Mas (Patrik), Tim Ruyssenaars, Yegor Propretinskiy (North/Fanatic) and Mattia Fabrizi (North/Fanatic) completed the fleet of eight riders today since Adrian Beholz (Fanatic/ Sailloft) pulled out last minute.

With a cheering crowd on the beach the riders looked very motivated to fulfill their expectations. Whilst the young riders like Ruyssenaars and Simmerl were obviously struggling a bit in this discipline it underlined the high level of the other competitors and made it evident that tow-in is not just a walk in the park. Big ups to the two young guys though who were throwing themselves into funnels and burners at full speed.

Austrian Max Matissek crashed his first run and left the spectators on the beach holding their breaths for a couple of minutes as everyone hoped to see Max again in the final on Wednesday. In his second run he seemed to play it safe and went through one of his best tricks – a double funell which he pulled nicely. With 38,5 points he made it to third place.

Mattia Fabrizi from Italy who was one of the favorites in this fleet to go through to the final showed a perfect culo. It was honored by the judges with 39 points and the second place in this qualification.

Julien Mas who proved his talent as an entertainer one more time today landed a perfect air funell into air funell wearing a bright pink and golden ladies boardshort sponsored by Chiemsee. The French tow-in expert definitely drew a lot of attention with his show. He scored 40 points and 1st place. The top 3 of today

Since the wind forecast for tomorrow looks a bit better than the other days we’ll have the skippers meeting at 9.30 am and the first possible start at 10.00 am. The south-east wind won’t be too strong but there is a chance that we’ll get through with the first single elimination.