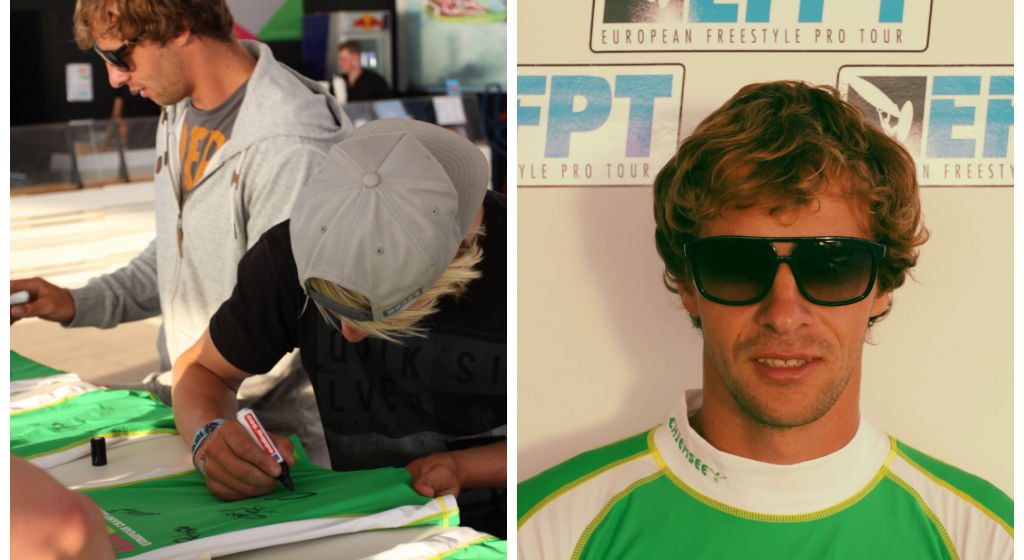 EFPT at the Surf Worldcup – Registration

The EFPT at the Surf Worldcup in Austria is one of the biggest contest of the European Tour since it’s beginning and has been awaited by the organization, the crew of the tour and the riders since the announcement in January. With the fleet being limited down to 32 top European riders and the pre-registrations exceeding this number by far, the sailors who made it into the fleet seem to be super stoked about it. Since the Surf Worldcup is the first international freestyle event this season, the atmosphere on the beach and between the EFPT riders seems to be very relaxed and friendly with many of the pros reuniting after coming from their winter training destinations and photo shoots all over the world.

Riders from eleven nations registered today, some of them keen to fight for the European title, many to step up their game in competition and some to grasp their first international contest experiences. We’ll see sailors who have been on the tour for a while, like current European Freestyle Pro Tour Champion Steven Van Broeckhoven (JP/Neilpryde), Vice EFPT Champion Dieter Van der Eyken (Starboard), Max Rowe (North/Fanatic) and top rider from France Nicolas Akgazciyan. They’ll have to defend their ranking positions against many motivated young guns like Yentel Caers (North/Fanatic), Adrien Bosson (North/Fanatic) or Marco Lufen (JP/Neilpryde). Also 17 year old wildcard receiver Julian Wiemar (Starboard) from Germany is handled to be one of the big upcoming talents in freestyle windsurfing. From Austria we’ll see Max Matissek (North/Fanatic) competing in the freestyle and the Chiemsee European Tow-in Championship. Being the best ranked Austrian sailor in a long time there are high expectations for him to go even further. At the moment the forecast doesn’t look to promising for tomorrow, but there are six days of competition coming up, so our expectations are high that this will change during the week. For now we’ll start with the first tow-in fleet tomorrow in the afternoon to guarantee a high number of spectators. Fleet number two and three will be on on Saturday and Sunday and the final will be held on Wednesday evening at 8.00 pm. We’ll update you on a regular basis on our Facebook page and our other social media channels. Make sure to check our new webpage every now and then as there will be a live social stream (instagram/twitter) by the EFPT crew members and also the riders.