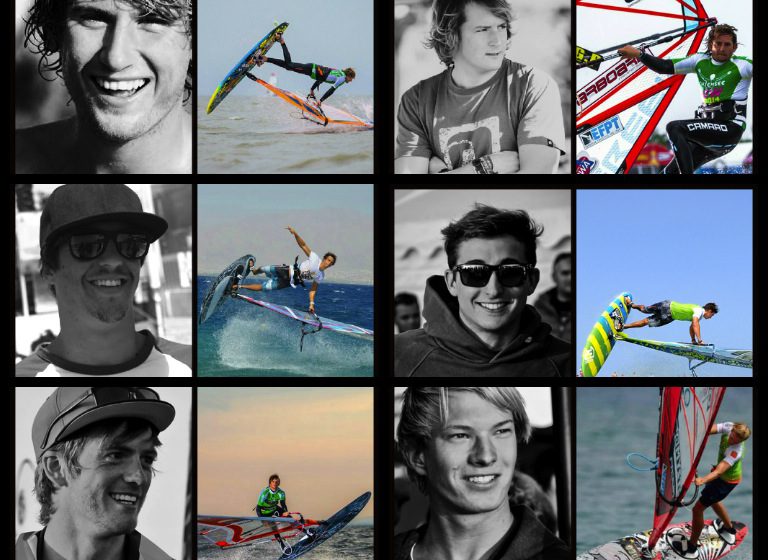 Since 2014 and yet another season for the European Freestyle Pro Tour is coming to an end, we are once again looking for the EFPT sailor of the year. With nominations that resulted from a selection of the EFPT team itself together with the tours cooperating partners, ten riders made it into the final public vote on the official efpt.net webpage.

The EFPT Rookie of the Year 2014 has already been selected and will be announced together with the result for the EFPT Sailor of the Year in the first week of January 2015!

Scroll down to learn more about the nominees and to place your vote!

Nominated for the 2014 EFPT sailor of the year are:

From Italy: Mattia Fabrizi (North/Fanatic) and Gabriele Varrucciu (Naish/Naish). Mattia has been competing on the tour for several years now and always managed to show a great performance in freestyle as well as tow-in. Gabriele ‘Varrux’ Varrucciu had his comeback on the EFPT this year and showed great motivation and skills at the last event in Six Fours les Plages. From Belgium: Steven Van Broeckhoven (JP/Neilpryde) multiple European Freestyle Champion and European Tow-in Champion was a logical choice for the title, as well as fellow countryman Dieter Van der Eyken (Starboard) who is one of the most dedicated and skilled riders on tour. From the United Kingdom: Adam Sims. The Sailloft and Patrik Diethelm teamrider has been travelling with the tour for the past three years, convincing with top ten results in freestyle and tow-in. The Brit made it into every tow-in final this year and produced several videos and webclips during the 2014 year, pushing the sport and gaining a lot of attention. From France: North/Fanatic rider Adrien Bosson was also selected as a title contender. The promising young rider shows amazing results on both the PWA and the EFPT and is part of the organisation team of the EFE event in the South of France, where the EFPT has been staged for the past three years. From the Netherlands: Rick Jendrusch (F2) and Davy Scheffers (Tabou/Gaastra). The former European Freestyle Pro Tour Champion Davy Scheffers pulled the 4th place overall this year, Rick Jendrusch 5th. Both riders have been with the tour for many years and on every tour-stop it was exciting to have them there. From Israel: Sailloft/Patrik Diethelm rider Adam Gavriel has been nominated. The Israelian rider only made it to one event this year due to a knee injury, yet he has one of the most powerful styles in the fleet and is an EFPT top ten contender for many years now. From New Caledonia: Antoine Albert (Tabou/Gaastra) who has been on the European Freestyle Pro Tour since a very young age deserves this nomination. He is travelling to every tour-stop, shows a great performance and is always the first one on the water no matter what the conditions might be.