The wind remained light on day 3 here at Spiaggia Lunga Village, but during the late morning hours it increased just enough to launch a freestyle supersession.

Ten riders participated and delivered an incredible show in the patchy conditions. Francesco Cappuzzo (RRD/RRD) pumped himself into some big konos and culos, but couldn’t land the double moves he was aiming for. Mattia Fabrizi showed regular chachoos as well as a spock culo and Adam Sims (Patrik/Sailloft) even pulled a backloop in 5.2 pumping conditions. Eilon Wilson (Patrik) from Israel went for no handed Flakas, whilst fellow country-man Yarden Meir (Goya/Goya) showed some of his grubby variations and pulled the perfect regular chachoo in the end. 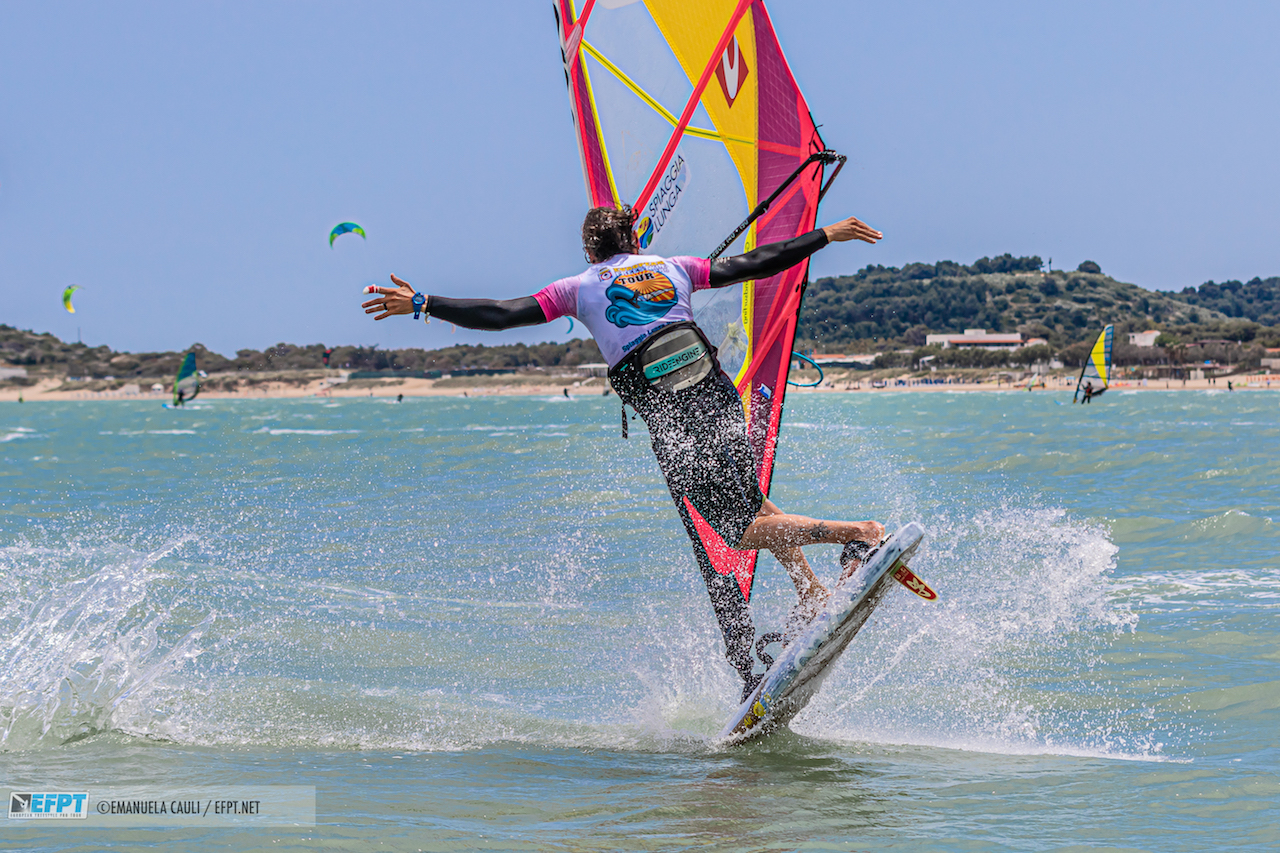 Yarden Meir with a regular chachoo 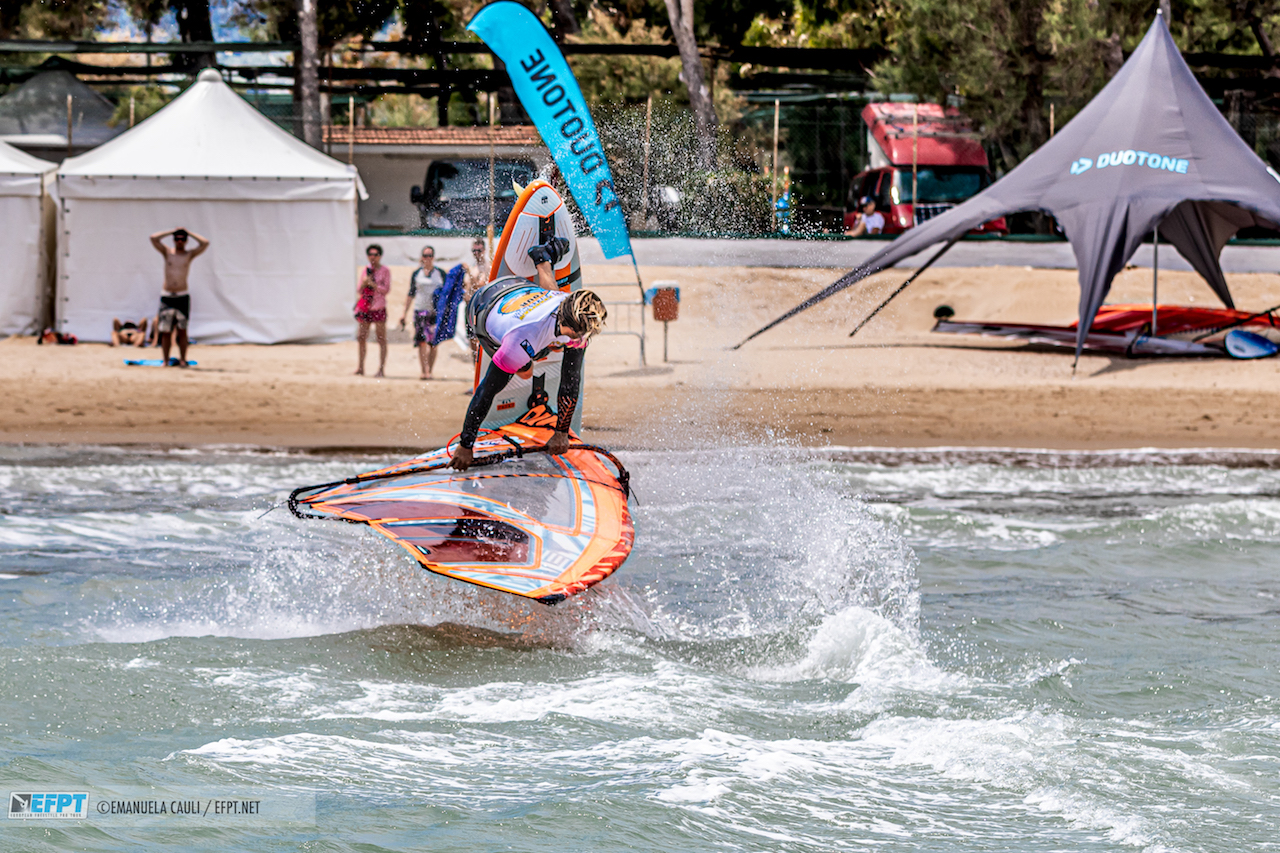 One more time it had been the Belgian Yentel Caers who could secure first place with his double culo, in front of Francesco Cappuzzo with a kono and Yarden Meir with a regular chachoo. 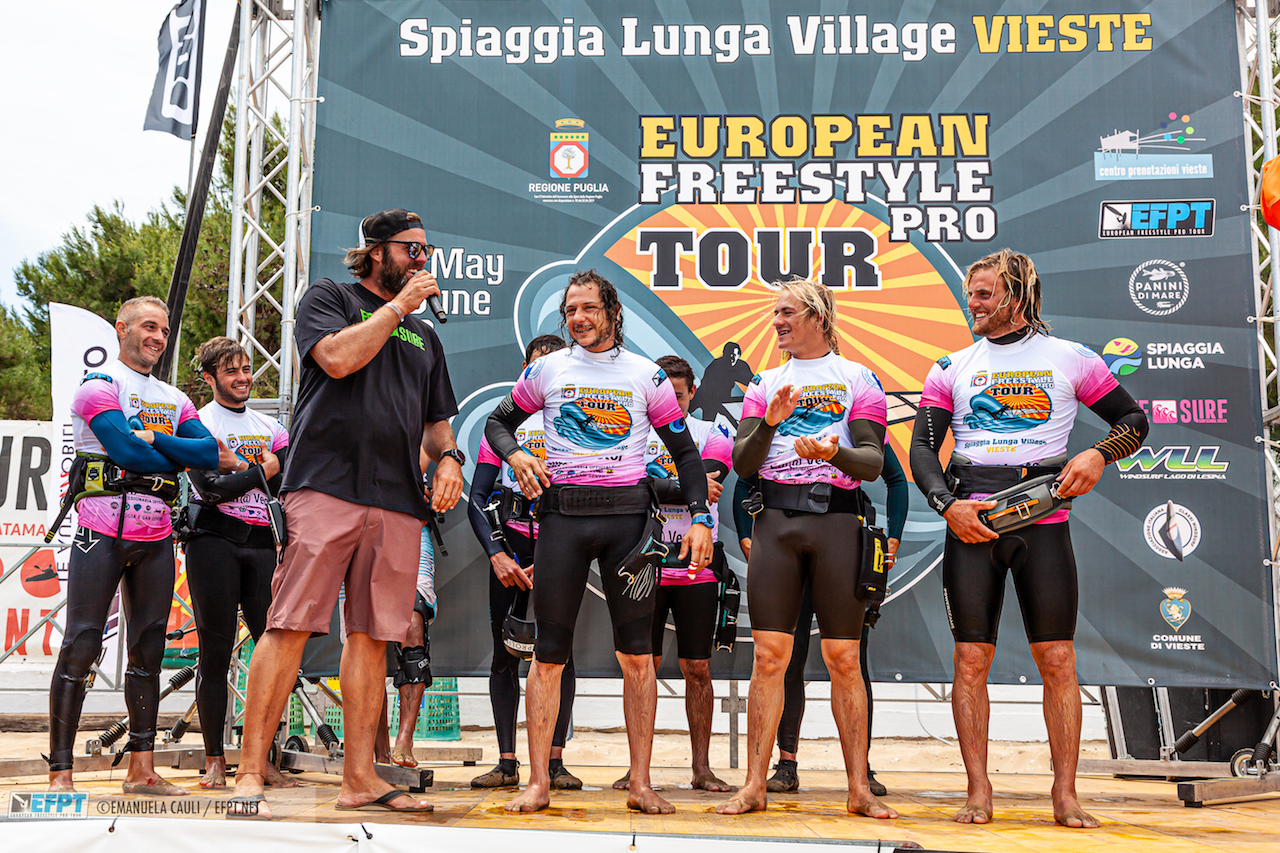 Top three of the supersession

In the afternoon a local school visited the event-site and some of the competitors were doing a Q & A, as well as some demonstrations on the beach. All the kids were listening with curiosity to the stories of how the riders got into the sport, about their favorite spots and their life full of travelling. The students then got the chance to experience how it feels to stand up on a windsurf board, pull the sail out of the water and get going – at least in theory. It would have been great to see this next generation also try it out on the water, but the weather and time wouldn’t allow it in the end. 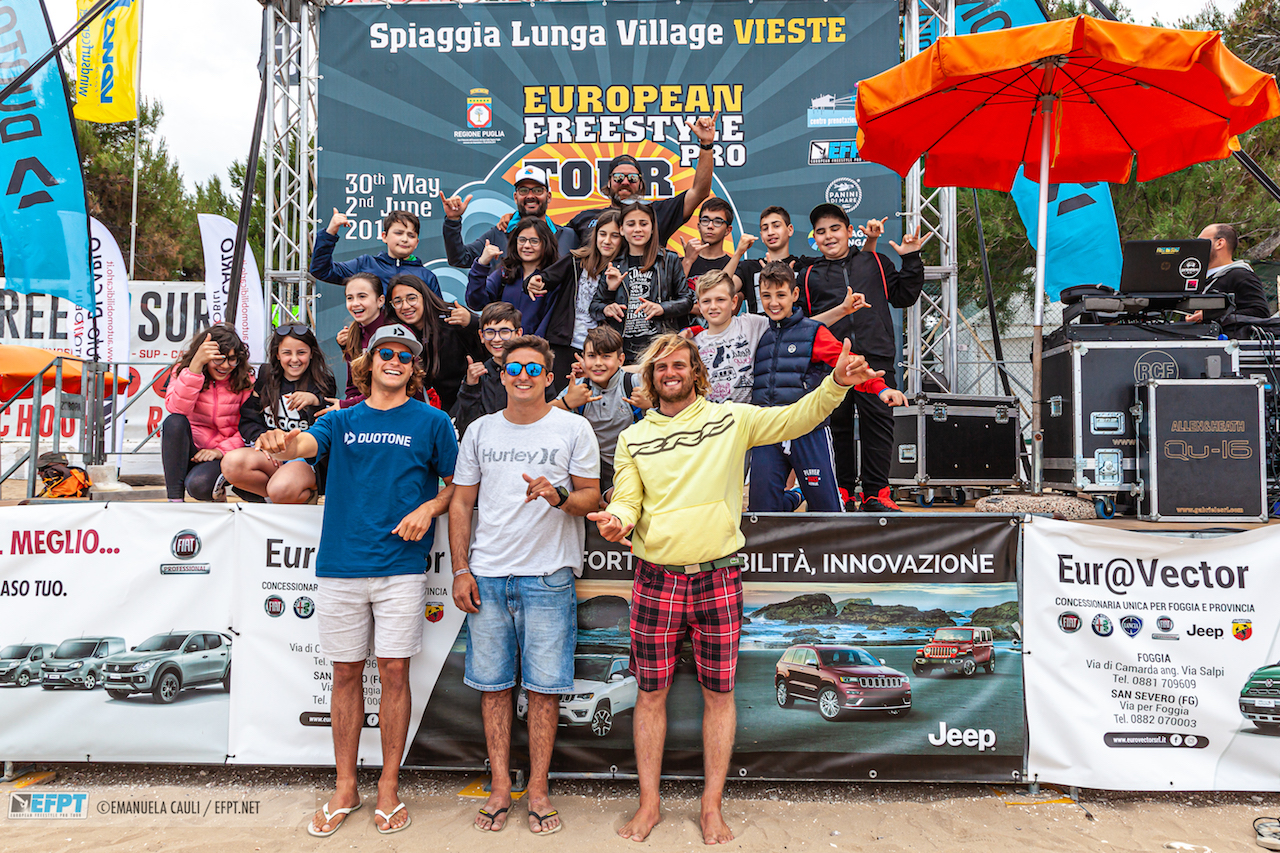 Marca, Fabrizi & Cappuzzo with the next generation

At 4.30 pm and with conditions that didn’t seem to improve, race director Tom Hartmann called it a day. Tomorrow is the ultimate day of competition here at Spiagga Lunga. Will we see another single and double or will the result remain the same? Let’s find out tomorrow.