17 riders registered at the second freestyle tour-stop of the EFPT in 2019. 13 riders of the fleet travelled onward from Costa Brava to Italy, together with the EFPT crew. Yentel Caers, who is currently leading the ranking is eager to defend his position against 2nd placed Jacopo Testa (RRD/RRD), who himself was putting on an incredible show at the EFPT Las Dunas Costa Brava. Since some riders like Steven Van Broeckhoven (Gunsails), Antoine Albert (Goya/Goya) and Sam Esteve (JP/Neilpryde) will have to skip this event, due to colliding dates with other competitions, the current top ten might get mixed up a little.

Aiming or the European title this year, apart from the top three, are also Davy Scheffers and Giovanni Passani, who are sitting in 4th and 7th place respectively. Mattia Fabrizi (Patrik), who was a force of his own in the double elimination of the last event, looks unquestionably on form this season and will also be one to watch out for at this stage. 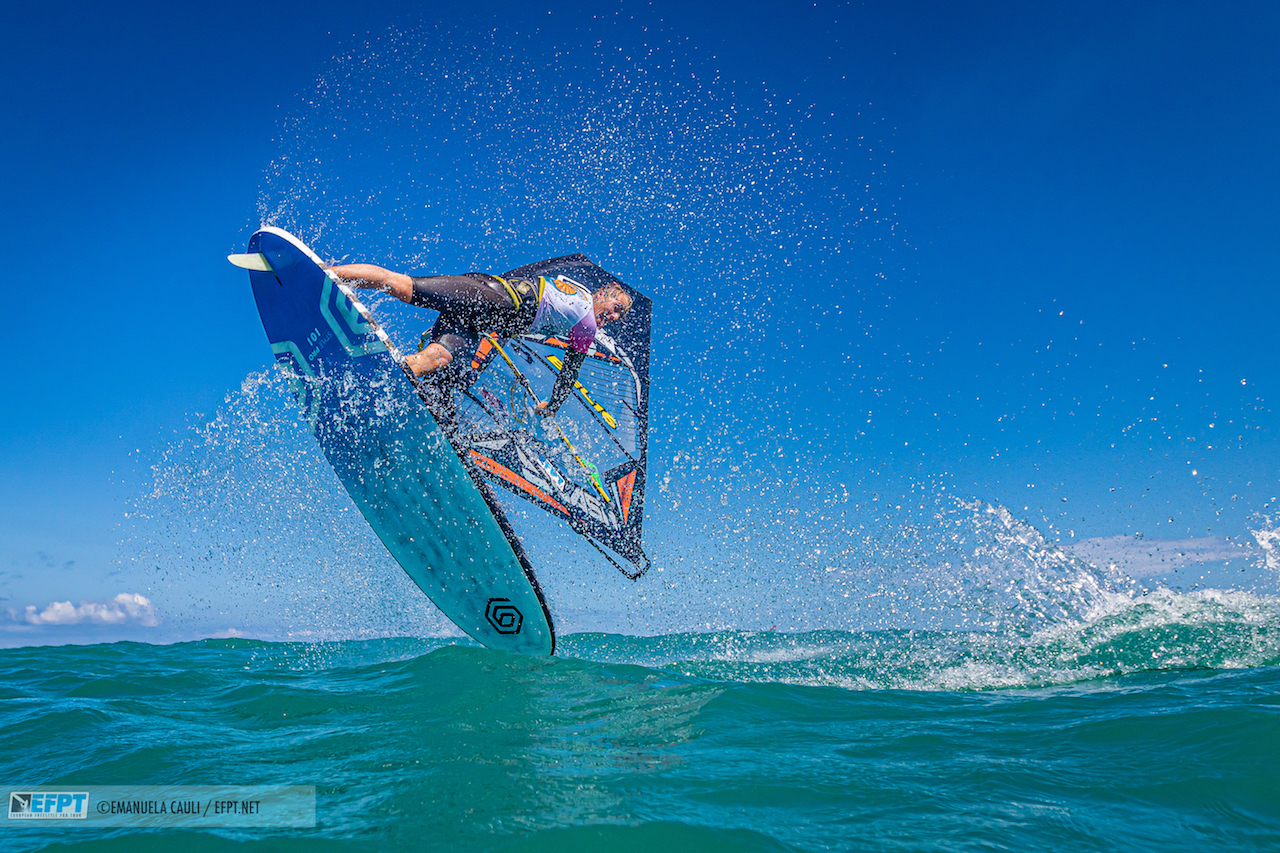 Some shooting time in light wind

Furthermore we are super happy to welcome three EFPT rookies, two being locals at Vieste. Mauro De Luca and Cesare Latino enter their first international competition here at Spiaggia Lunga and will have to battle against each other in the first heat of the event, to advance to the next round. Ben Masoner (F2/F2) is the third rookie of the fleet. The sailor from South Tyrol is keen to match himself with the big boys after training several weeks in South Africa this winter. 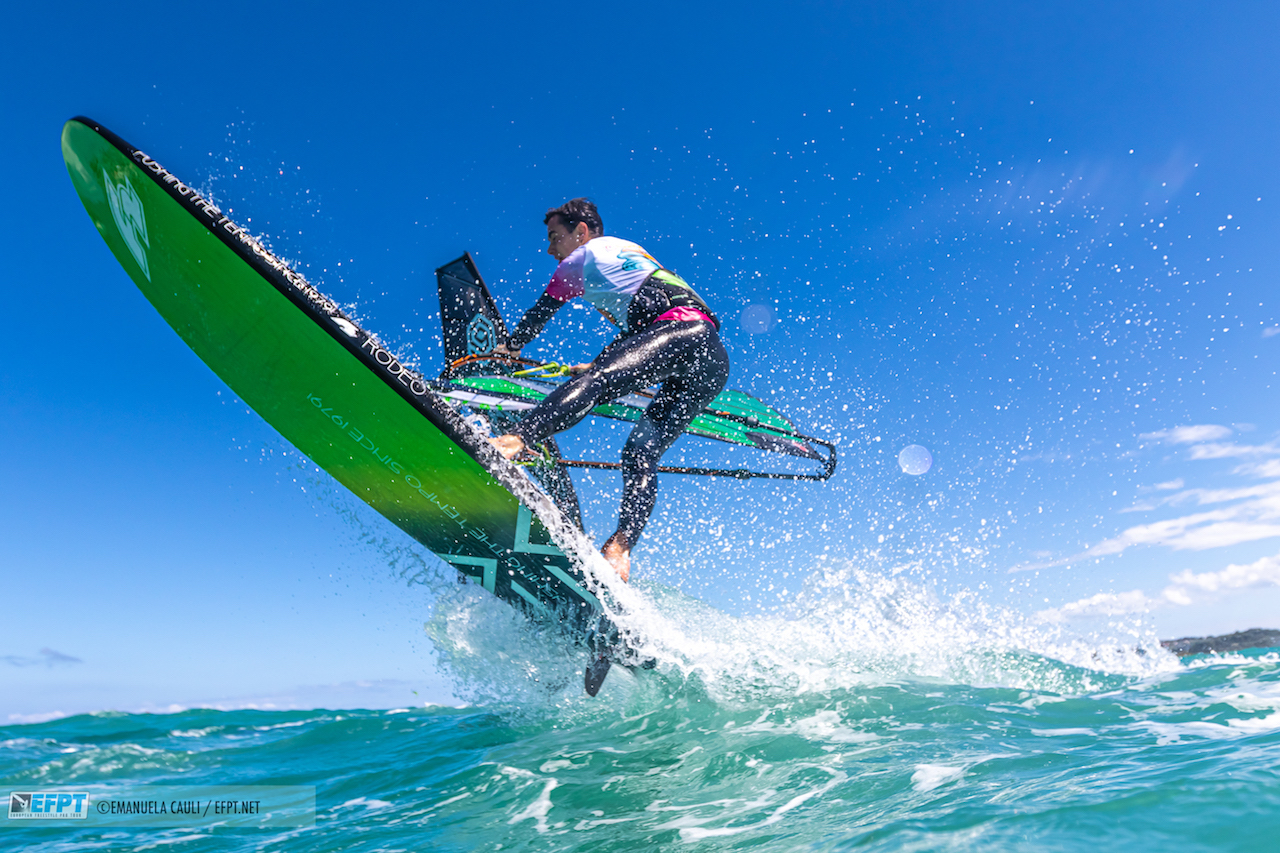 Paul Simmer, the new F2 head of marketing, also signed up this morning and completes the fleet of 17.

The event set-up here at the beautiful Spiaggia Lunga beach is amazing and after the official press conference with the Municipio of Vieste, that had been held in town this morning, the wind started to fill in more and more. The sailors could get planing on their bigger equippment, however the conditions remained too unstable to be actually able to start the competition. 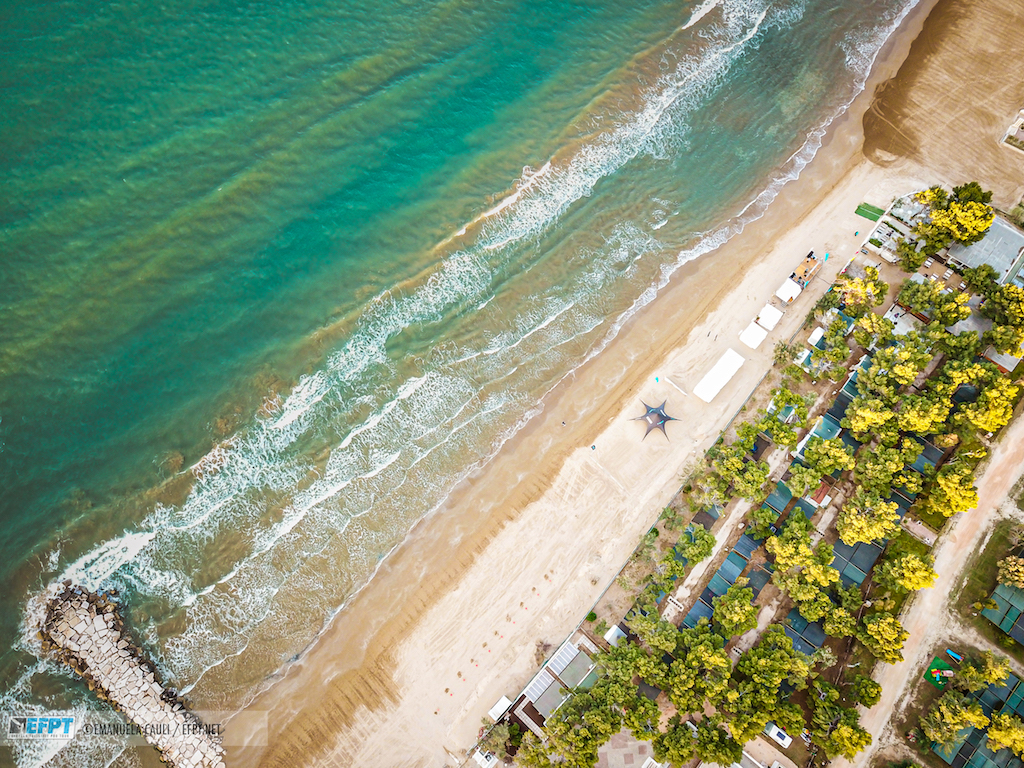 Competition site from above

Giovanni Passani stated after his first training runs at this new spot:’The spot is amazing! I am really surprised! It’s really fun on both tacks and I am really looking forward to compete here!’

We are also looking forward to see this strong fleet compete, as the wind forecast looks very promising for the upcoming days. 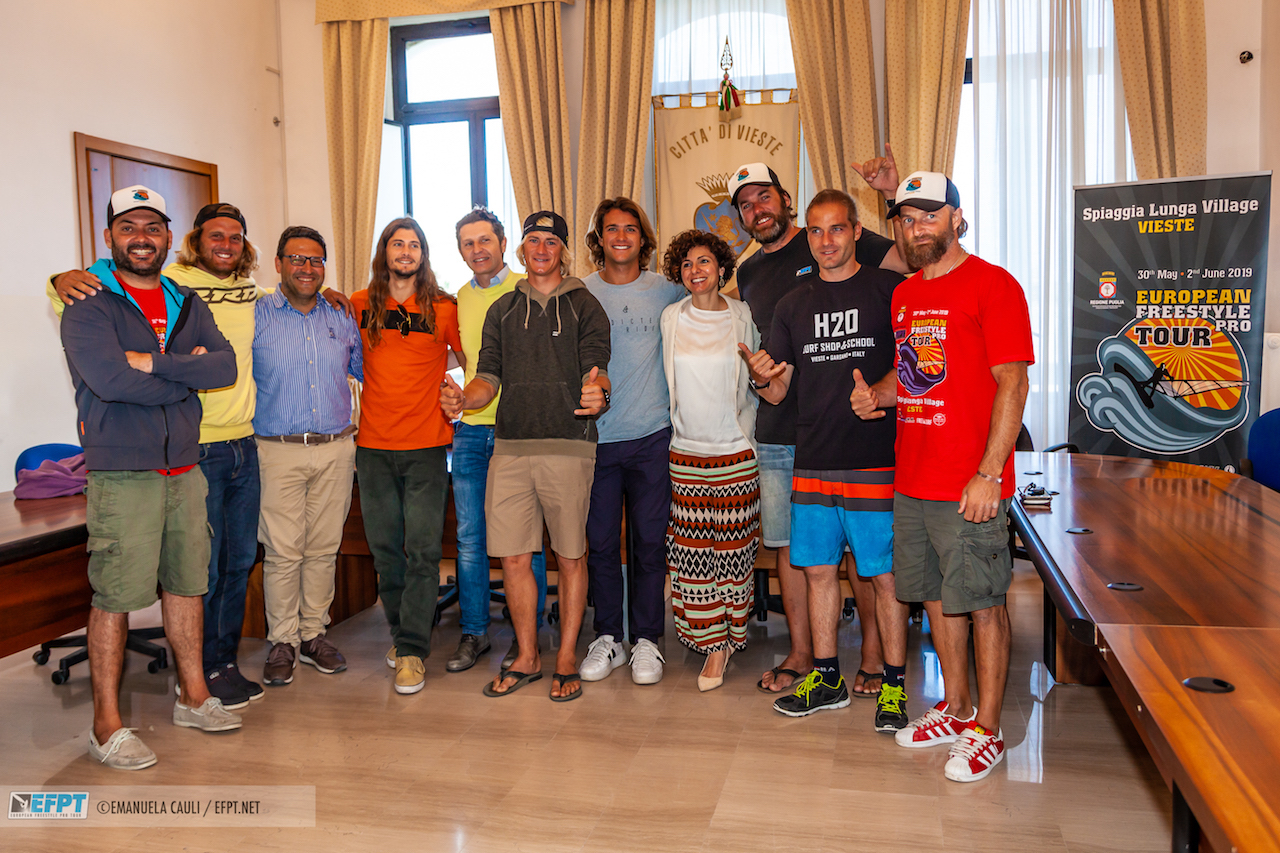