Today has been the day that had been anticipated by professional freestylers, EFPT crew and online spectators likewise: the first international freestyle event after a break of over 1.5 years kicked off in Neusiedl am See, Austria. All eyes were on the new EFPT, with Adam Sims holding the reigns and the reloaded Surf Opening with Georg Kloibhofer as head of organization. With the whole world being on a kind of ‚stand-still‘ for the past year, also the event scene came to a sudden stop – with no outlook of when it will be possible to pick it up again.

Georg Kloibhofer went through ups and downs and countless meetings where he presented different safety protocols and ever new ways to make sure a safe event would be possible. Him and his team pulled off, what many didn’t believe was do-able in times like these: he brought the EFPT back to the shores of lake Neusiedl, one of the windsurfing hotspots of central Europe.

Georg stated: “It was the toughest Surf Opening to organize ever. Until two months ago we didn’t know if we can do it or not. I am really stoked that we made it! A big ‚thank you‘ to mister Doskozil, the governor of Burgenland, he made it possible! Thanks to Burgenland that we can do this!“ 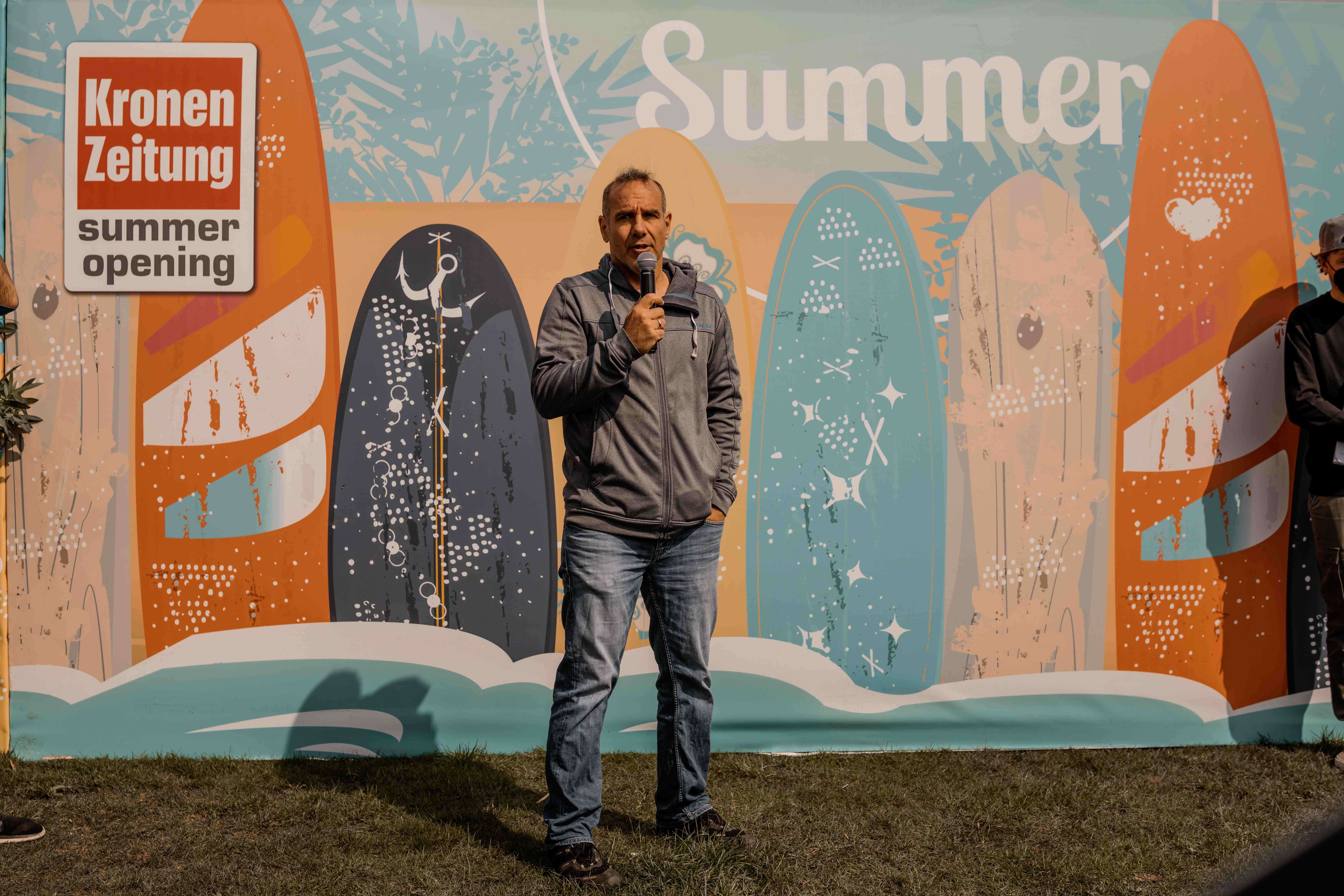 28 riders from nine nations registered for the EFPT at the Surf Opening, including some big names and past champions as well as some rookies. Let’s put it into Georg Kloibhofers words: ‚Smells like an event, tastes like an event, sounds like an event, feels like an event, looks like an event – we are ON!‘ – despite all of those facts however, it’s undeniable that we are facing a different ‚normality‘ here. There are very strict testing procedures for all the crew and the riders every day in the morning, everybody is assigned to certain contact tracing groups and the local rules are being enforced by the local crew as well as the EFPT crew. This event is supposed to lead as an example for what is possible even in those difficult times. It does take a lot of planing and a lot of discipline but it certainly can be done – and the Surf Opening 2021 proves it! 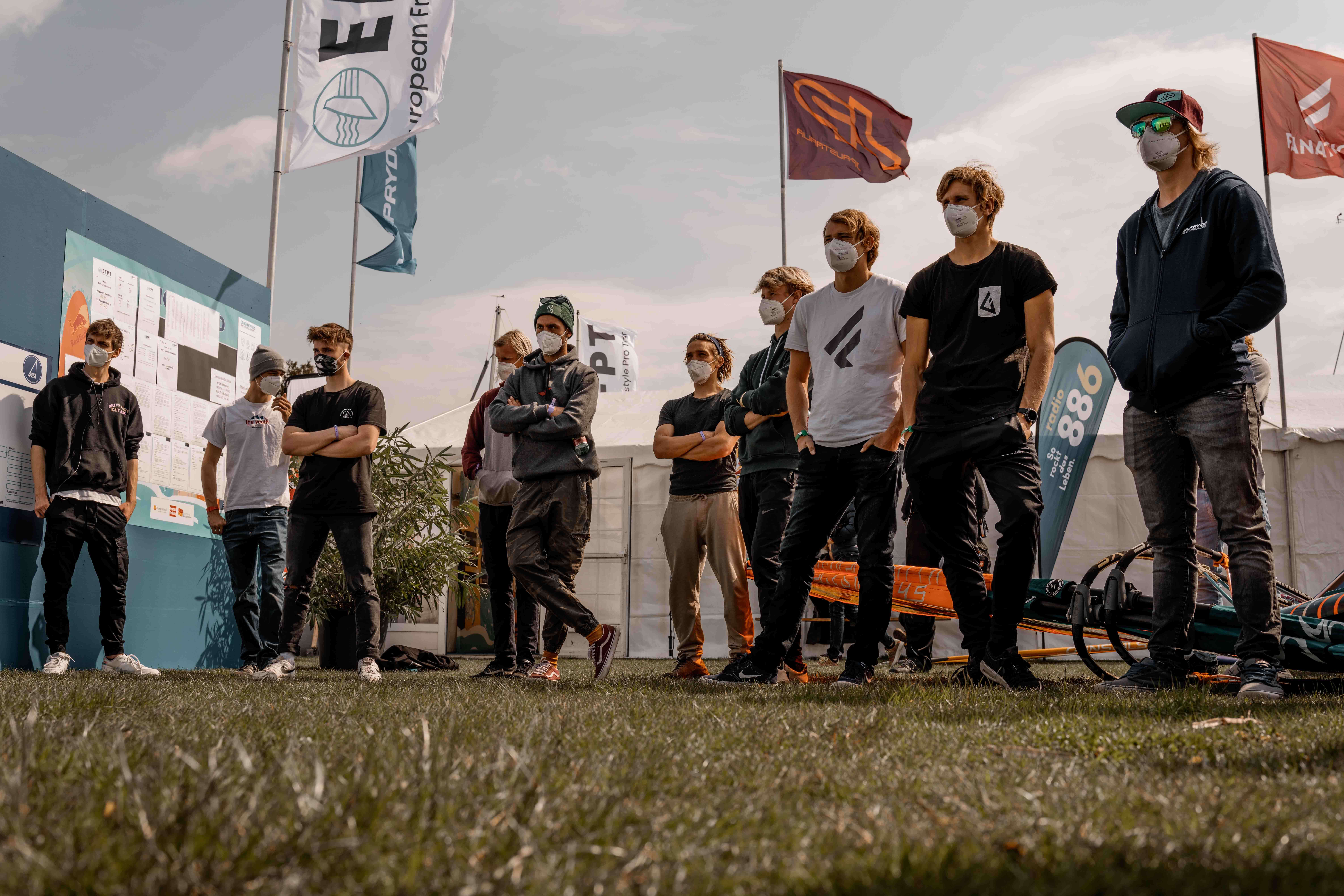 Just after 12:30 today the north westerly wind kicked in and the competition was underway. The wind started off really patchy and the first heat had to be re-sailed once. Adrien Bosson (Duotome/Fanatic) put on quite a show against newcomer Maurizio Moritz (Duotone/Fanatic) and didn’t leave the Austrian much of a chance. On the other side of the draw we saw Lucas Nebelung (JP/Gunsails) causing quite an upset by advancing over Taty Frans (FutureFly / Point-7) by several points. Also his brother, Niclas Nebelung (Duotone/Fanatic) sailed a solid heat against Julian Wiemar (Starboard/Severne) and ended the fellow Germans hopes for the top 16 in the single elimination. 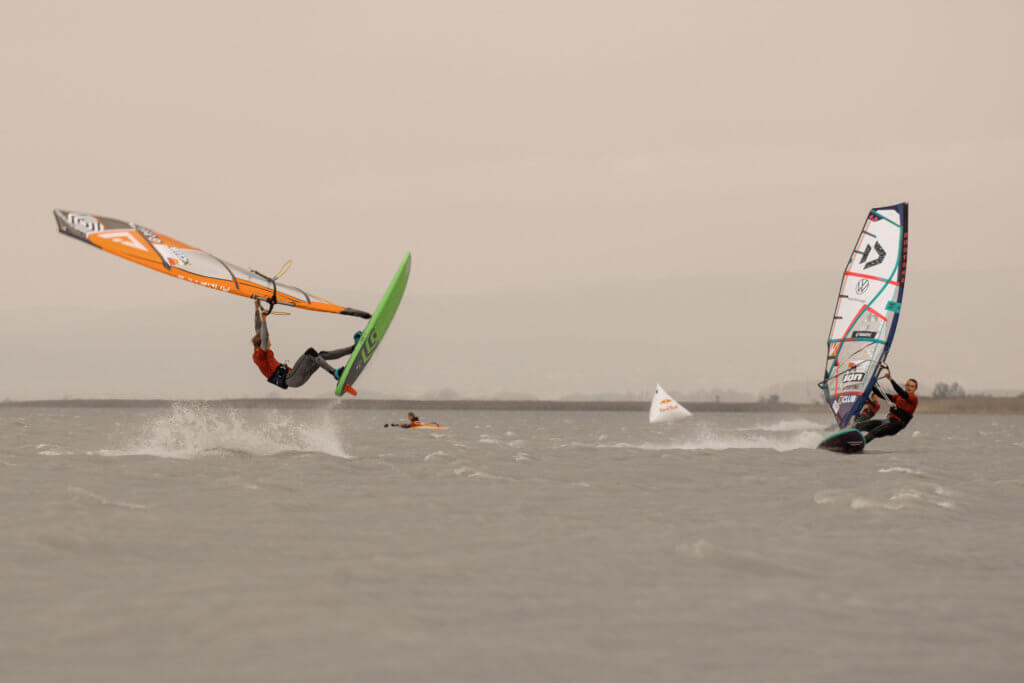 German freestyle battle organiser Valentin Böckler (Gunsails) defeated former world champion Kiri Thode (Severne) and reserved yet another place for team Germany in the following round. Giovanni Passani who is always a rider to watch out for at this spot, advanced over Austrian freestyler Gabriel Heider and Lennart Neubauer (Severne/Starboard) took out local freestyler Michi Czech (Severne), who himself put together an excellent heat. However it wasn’t enough to win over the reining U16 European Champion Neubauer.

Unfortunately the wind started to be very unstable from heat 5A/B onward and despite we tried to re-sail the heat twice, we couldn’t get a counting result. Since the conditions didn’t seem to improve in the late afternoon hours, the freestyle discipline had been stopped for the day and we proceeded with tow-in. 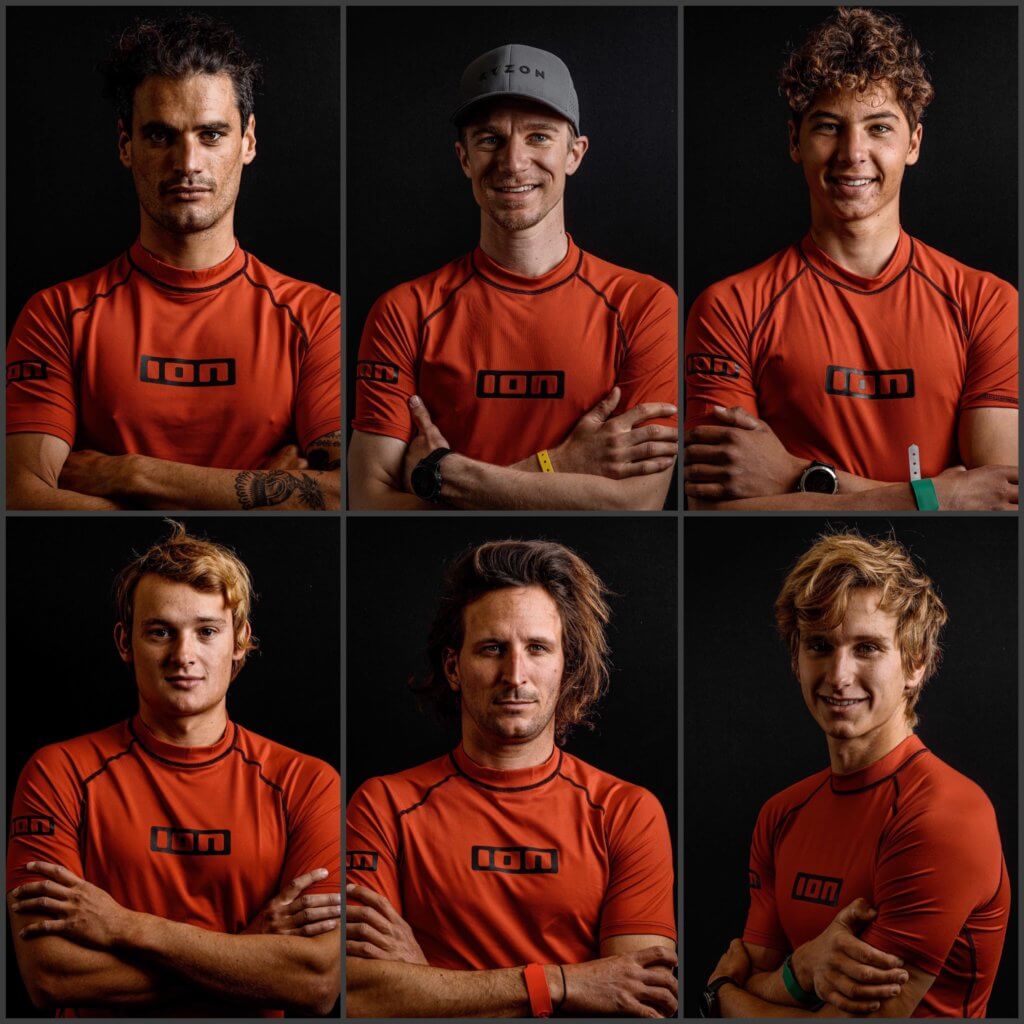 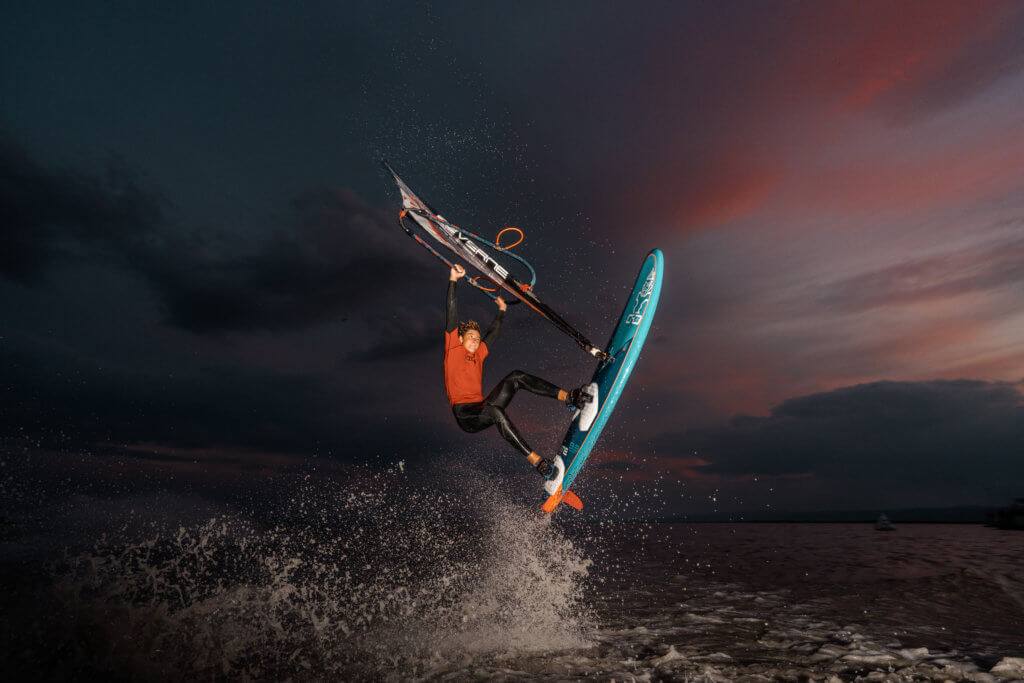 It seemed like the boys needed to get into the groove a bit, after a longer time off the competition floor. The first round saw mainly safe single moves, but the landings were not clean enough to be really honored by the judges with marks above 5 points, until Taty Frans landed a burner 360 (5,19). Seeded in first place in this fleet has been Lennart Neubauer who managed to stick a clean burner 360 (5,91), that he actually sailed away from. In the second round the riders realized they would have to step it up a bit to make it to the final. Valentin Böckler improved his game in run number two and landed a clean burner (4,84) to advance into the top 5. Even though the riders tried to risk a bit more in round 2, it was impossible to beat young Lennart Neubauer who stomped a perfect skopu cana brava (7,88). The Severne/Starboard rider showed great style and technical skills and well deserved the place in the final. He will be joined by Taty Frans, Kiri Thode, Valentin Böckler and Dieter Van der Eyken.

We’ll see an early start tomorrow with the first possible start being set for 09.00 am (CET), as we hope for the north west wind to kick in in the morning.