It is the second consecutive year that the organisation team around Christian Müller brings the EFPT tow-in show to lake Silvaplana in Switzerland. Müller, who has been one of the original founders of the European Freestyle Pro Tour, is one of the most passionate people one can meet, when it comes to the windsurfing sport and everything that evolved around it. Freestyle, Slalom, Tow-in, Foiling, Foil-Freestyle – you name it and you can be sure Christian has already brought it to this event.

Lake Silvaplana which is located 1.800 meters above sealevel in the Swiss alps, has been providing a spectacular arena for the Engadinwind event for over 40 years already. In 2018 the EFPT tow-in competition took place in the glassy turquoise waters of this mountain lake for the first time. The photos and videos that have been created that year were second to none and pulled a lot of media attention to this beautiful spot, that’s usually more popular in the winterseason.

In 2019, eight international freestyle windsurfers have been invited to compete for the € 4.000,- prize-money. According to the seeding of the previous years they have been assigned to two qualification fleets. Every rider will have three runs in two qualification rounds, which makes a total of six moves over the next two days with the best two scores counting together. The top six riders will then advance into the final on Saturday.

Skippers meeting was held at 09.00 am this morning and the first fleet has been on the water around 10.30 am, early enough to make sure the Maloja wind will be on the light side while the competition is on.

Riccardo Marca (Fanatic/Duotone), Yentel Caers, Lennart Neubauer (Starboard) and Jeremy Plüss were the first four to compete today. Unfortunately Swiss sailor Jeremy Plüss couldn’t make it to the first round on time – he will have to give it all in the second round tomorrow, to still have a chance for the final.

Yentel Caers, who is currently leading both the World and the European tour, confirmed his attendance last minute. The Belgian put on quite a show, landing his air funnel 360 (5,75 points) and his air burner 360 as clean as it gets (7,19 points) – another first place for the tourleader.

The youngest competitor here, 15 years old Lennart Neubauer, proved his talent by landing a nice air funnell in his first run and a perfect air burner 360 in his final run (6,31 points), taking second place in this round. He stated that he never did tow-in with a winch before, but he really enjoyed it and loved it the wave of the boat that added some extra height to the moves. 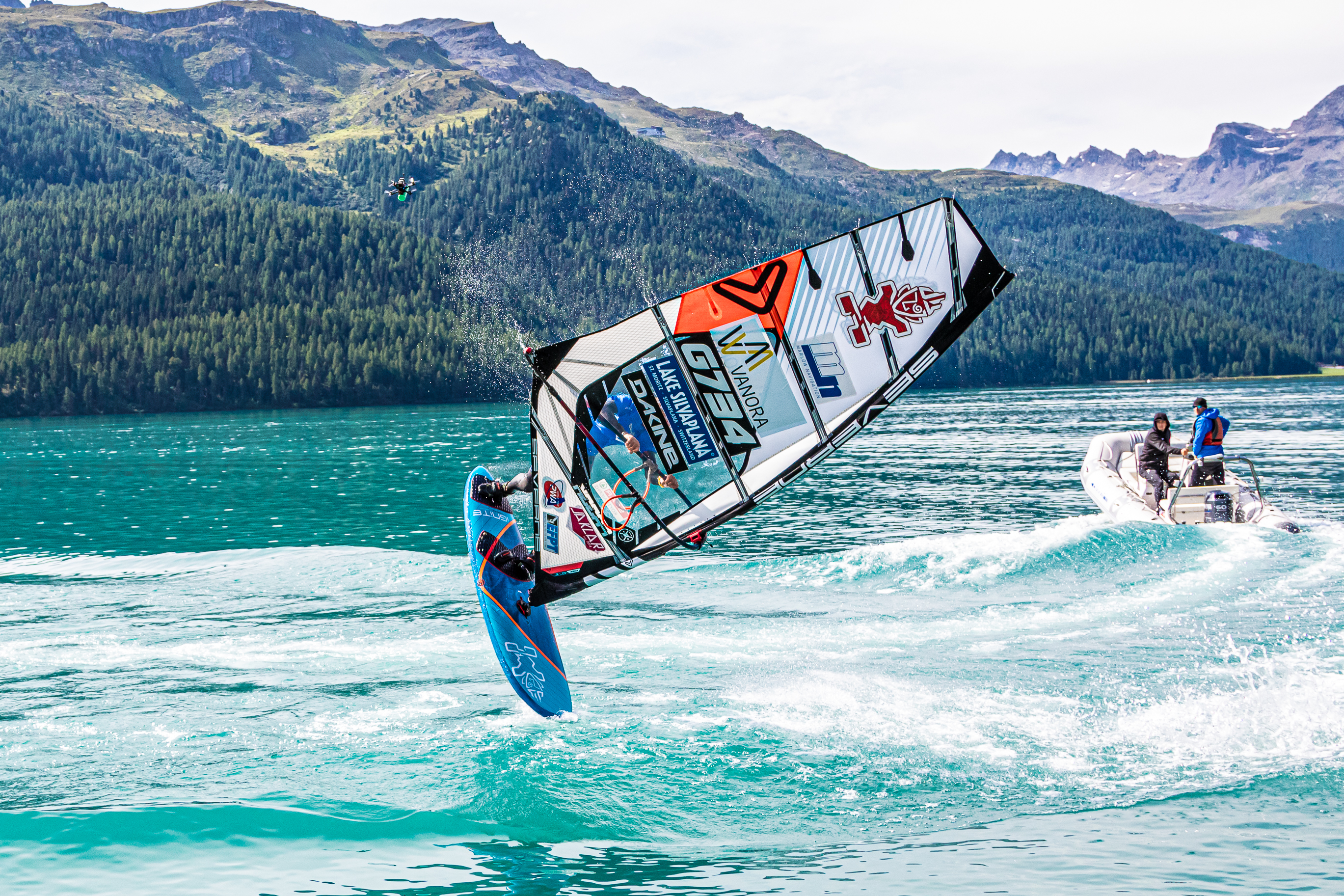 Taking third has been Riccardo Marca from Italy, who could score some points with an air burner 360 and an air burner. Unfortunately the Italian couldn’t get the landing properly and couldn’t score as high as he probably would have wished for.

Van Broeckhoven, who took the overall tow-in title several times in the past, seemed to struggle a bit in his first runs, but could bust out a clean air funnel into double funnel (7,19 points) to claim third place in his fleet. 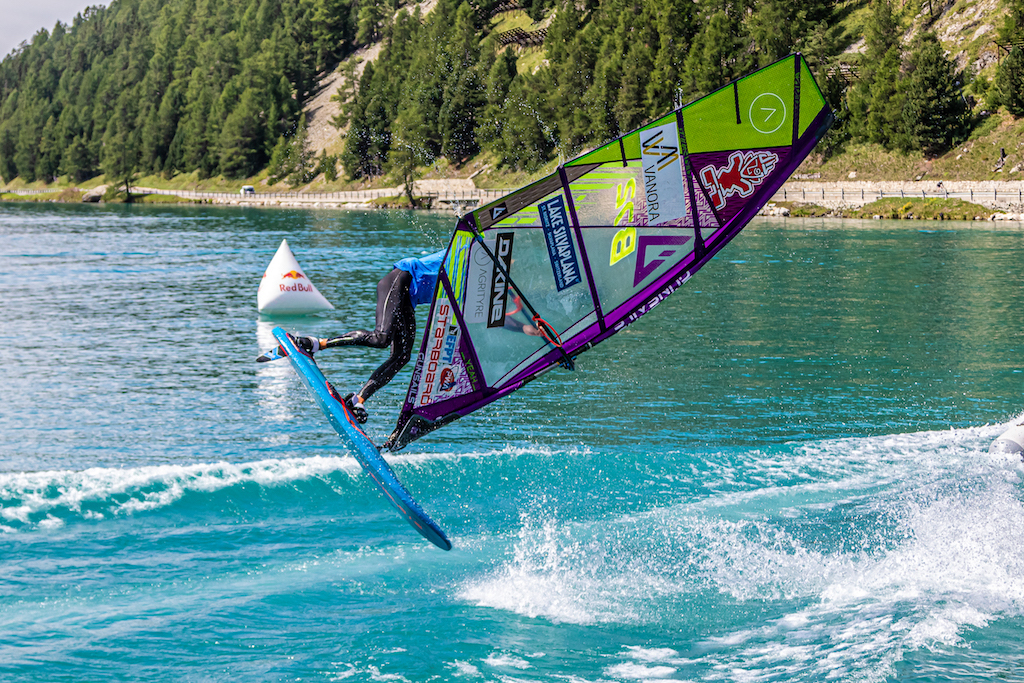 Steven Van Broeckhoven launching over the wake (by Emanuela Cauli)

Adrien Bosson, who used to be a real pro in this discipline but had been off the tow-in competition scene for a while, had a bit of a rough start to then fully get back into it, laying down two solid runs. The Frenchie could score with a burner 360 and an air burner 360 with a very clean landing (7,00 points).

Star of the day has been Balz Müller. The Swiss freestyler went for a cheeseroll in his first attempt, a move that has never been seen in any EFPT competition before. He layed down the highscore of the day (7,38) in his second run with an air funnell 720 to then beat it himself in his second attempt by landing a clean one handed air burner into air funnell (8,94 points).

There will be another chance for the riders to improve their rankings in the second qualification rounds tomorrow, to make their way to the final on Saturday.