After two exciting days filled with tow-in action of the qualification rounds, it was time for the final showdown today. Six riders have advanced into the final, making their best trick out of four total runs count to get a ticket to compete for € 3.000,- prize-money at the Vanora Engadinwind by Dakine 2020.

Big sensations have been young Lennart Neubauer from Greece, riding for Germany, who tried out tow-in with the winch for the first time ever at this very event in 2019. The progression this promising young rider made is second to none. Lennart had been the leader of the whole qualification round with the highest score of both fleets. Another mention needs to be put out there for Sarah Quita Offringa who isn’t only the first female freestyler ever to compete in an official EFPT tow-in, but also the first female windsurfer to make it into the final of a mens fleet.

The riders had three runs, with or without the additional wave of the powerboat, to make their best move count.

The training runs looked promising, with Lennart Neubauer landing a big double air burner that would have potentially brought him an event win if he pulled it off in the competition and Yentel Caers attempting an amazing double air culo.

Sarah Quita Offringa, the unchallenged queen of windsurfing, put on quite a show supported by numerous friends and fans on the beach who cheered like crazy when Offringa threw a big funnell, a burner and a burner one handed to top things off. The rotations were ultra stylish, but the freestyler from Aruba couldn’t get a clean landing and had to settle for sixth place in the end. 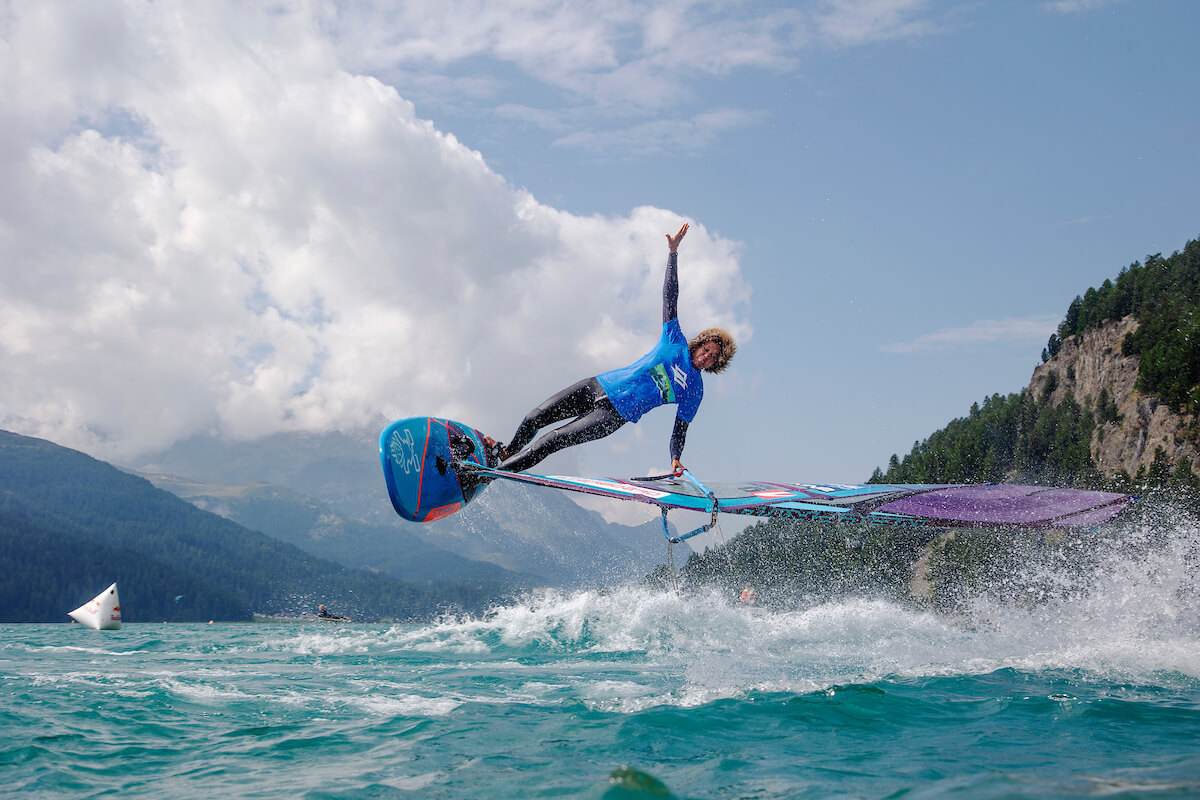 Coming in fifth place has been Steven Van Broeckhoven (Gunsails) who was attempting a high risk move in all of his runs: an air funnell in front of the wave of the boat, to then throw a burner using the wave as a ramp. This is a trick that is rarely seen in tow-in, due to it’s high difficulty and the challenging timing to it. It was inspiring to see though that the multiple European Freestyle Pro Tour Champion is still up for pushing freestyle in each discipline. We are looking forward to see him land this trick in future competitions.

Yentel Caers (Point 7), the winner of this event last year, was taking fourth place today. Caers went for a Culo, a Burner and an Air burner air funnell but couldn’t get a clean landing, which reflected in his scores.

The top three riders today have been far ahead score-wise, compared to the remaining fleet. 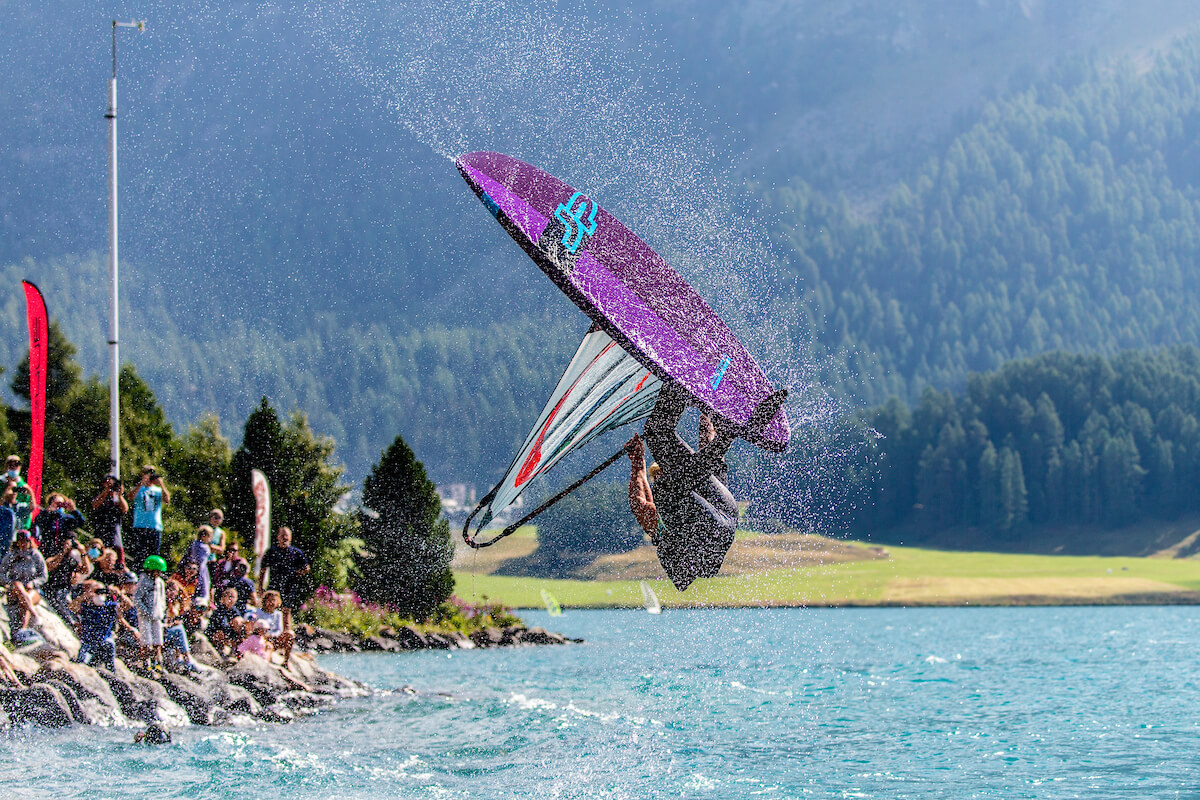 Amado Vrieswijk with a skopu in the final (by Sailing Energy)

Amado Vrieswijk (JP) claimed thrid place, landing his tricks dry. His air burner into air funnell in his first run scored the highest (8.06 points), but he also impressed with a clean skopu (7.75) and a double culo (7.85).

It had been a very close decision between first and second place: Lennart Neubauer could land a clean air burner air funnell in his first round (8.44) and tried to beat his own score in his last run, attempting a double air burner. Unfortunately he couldn’t get the landing as solid as he probably hoped for. 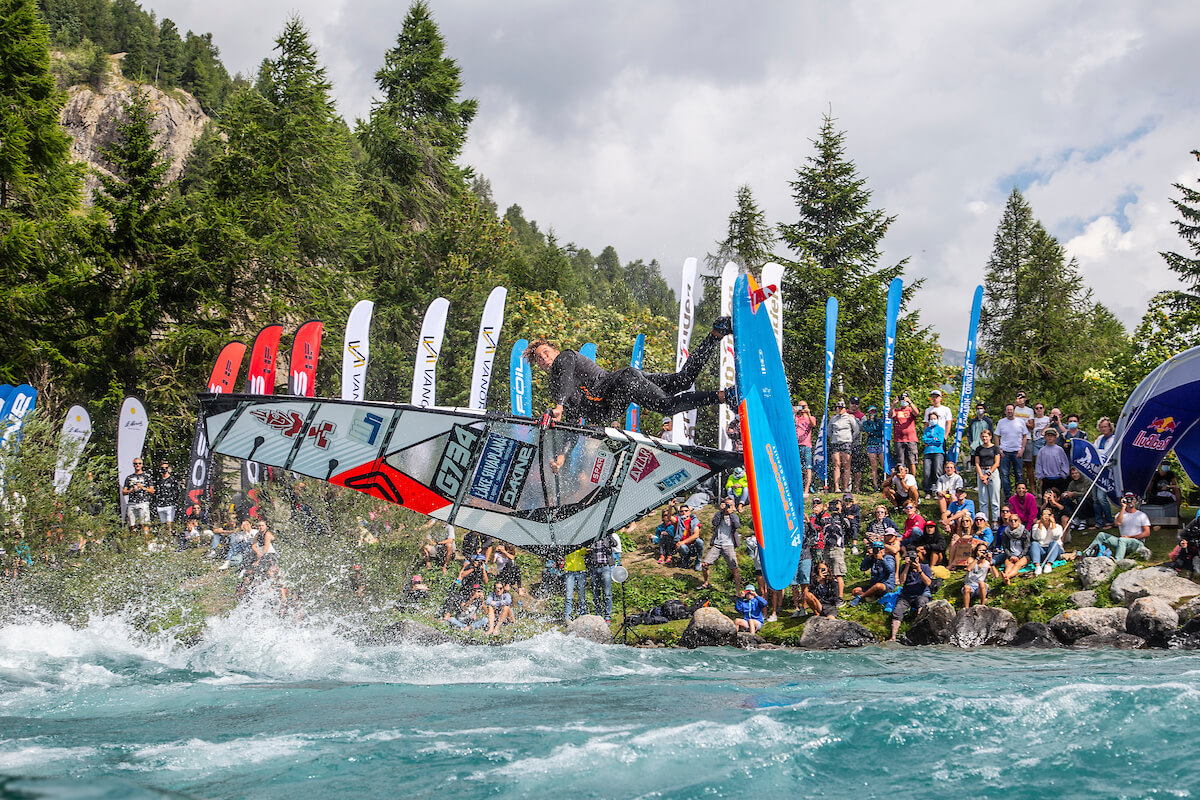 Lennart Neubauer going all in

Antoine Albert (Goya/Goya) from New Caledonia already scored high with an air skopu in his first run (7.81) but could outmatch himself with a huge air skopu in his last run that eventually scored 8.5 points to claim overall victory at the Vanora Engadinwind by Dakine 2020. 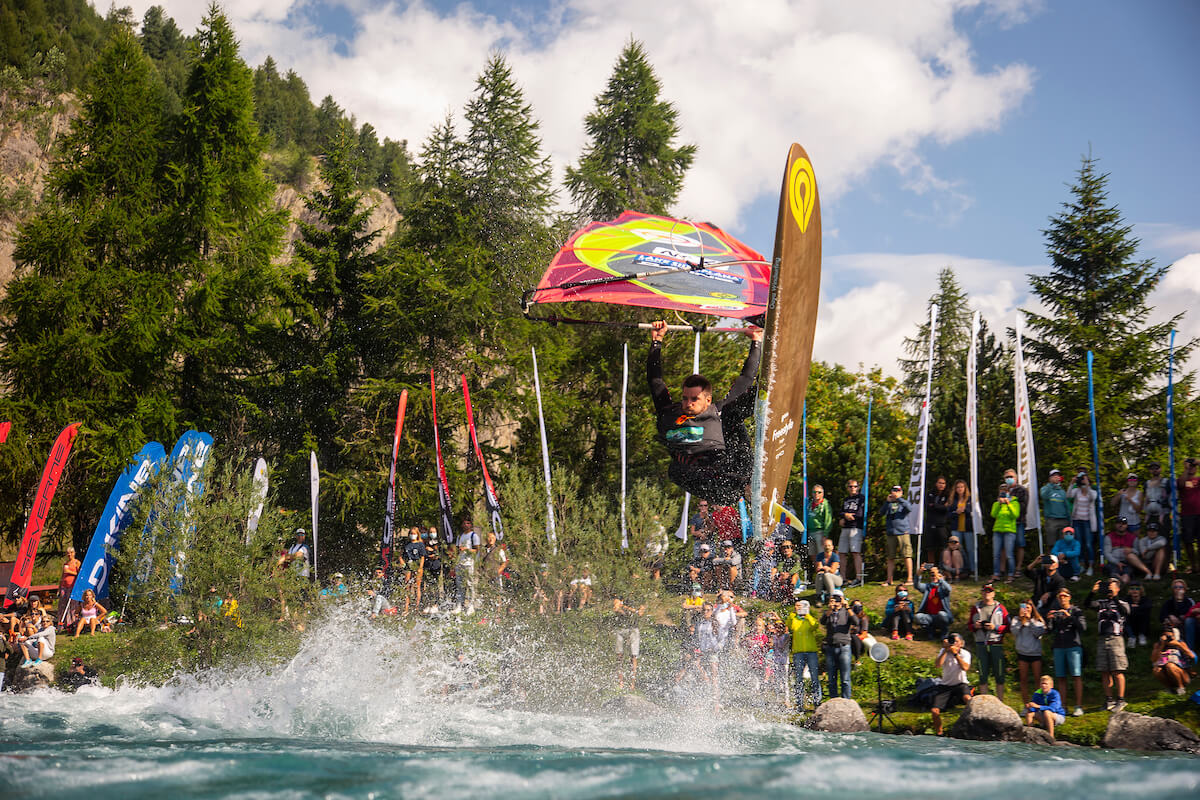 For the final day of the event a trick for cash session is scheduled, where the tow-in riders can earn some money for their best trick or crash!

Enjoy some highlights of the qualification rounds: