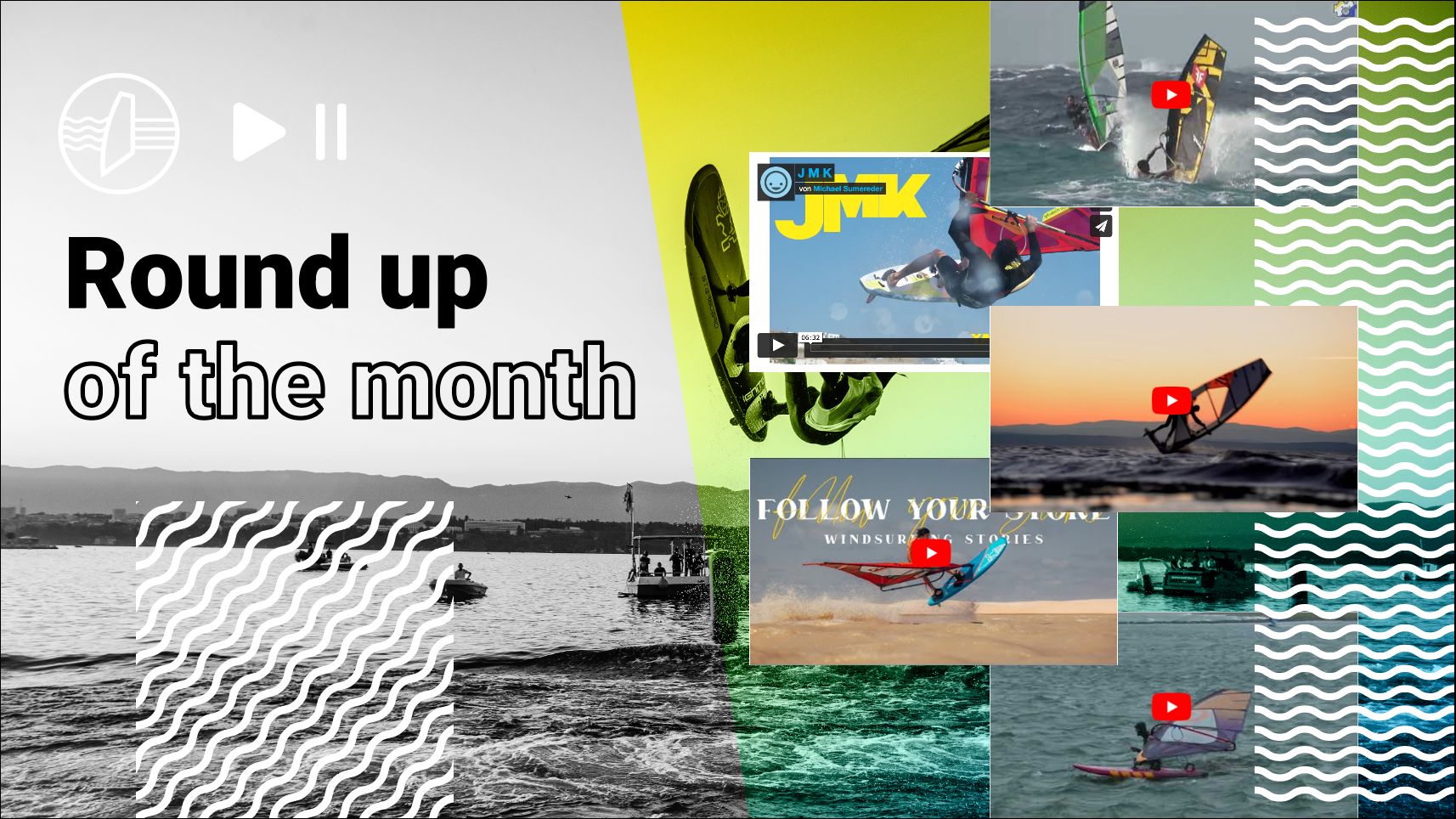 February was a month of high quality windsurf action clips coming out. Whether it was the video production being through the roof, or the action being from another planet, there was enough to satisfy even the most critical freestyle windsurf video connoisseur. In this monthly freestyle action roundup we will see Yarden Meir’s (Goya Windsurfing) impeccable style, Yentel Caers’s (NeilPryde/JP) explosive combinations and many many more. Read on to get updated on all the clips you might have missed…

Starting the roundup with a bang, it’s J M K by Michael Sumereder. Any freestyle windsurfer will know WAS – an action clip from 2013 that is still mentioned when all time favourite windsurf clips are mentioned. In this new three-letter clip, Sumereder followed stylemaster Yarden Meir around Mykonos. Filmed in 2019, the result of the collaboration finally came out last month:

Another filmmaker following a freestyler around was Julien Bru. Travelling down to Jericoacoara, he spent time with the young and french Raphael Bauer (Severne/Starboard) in a new series “Follow you stoke”. Enjoy the action and narration by the upcoming freestyler:

Another piece of solid storytelling came from Merlin Libicky & Alexis Vangelis Heidinger. They captured a cold sunrise and sunset session at Podersdorf on film. The spot looks good as ever, as we gear up to open up the 2022 Freestyle Pro Tour season there at the end of April:

Finally, a video that will most probably not win the best produced video at the 2022 FPT Awards, but will definitely be a contender for best video part for a rider – Yentel Caers during a huge storm in the Netherlands. Usually a great edit has one or two banger moves. In this particular video, the Belgian manages to drop your jaw lower and lower with every single combination you see. A must watch for every freestyle windsurfer:

And finally to round things off, a classic video from Bonaire. This time the legendary Kuma Movie followed Taty Frans (Point-7/FutureFly), Marc Pesman (Severne/FutureFly), Kiri Thode and some of the local rippers to Lac Bay where they trained their moves in wavy conditions.

That’s it for this month! Make sure to tune in again for the best clips of March. We hope you are saturated with action! If you know of any sick freestyle clips that should be featured in the next edition, feel free to send them to us.