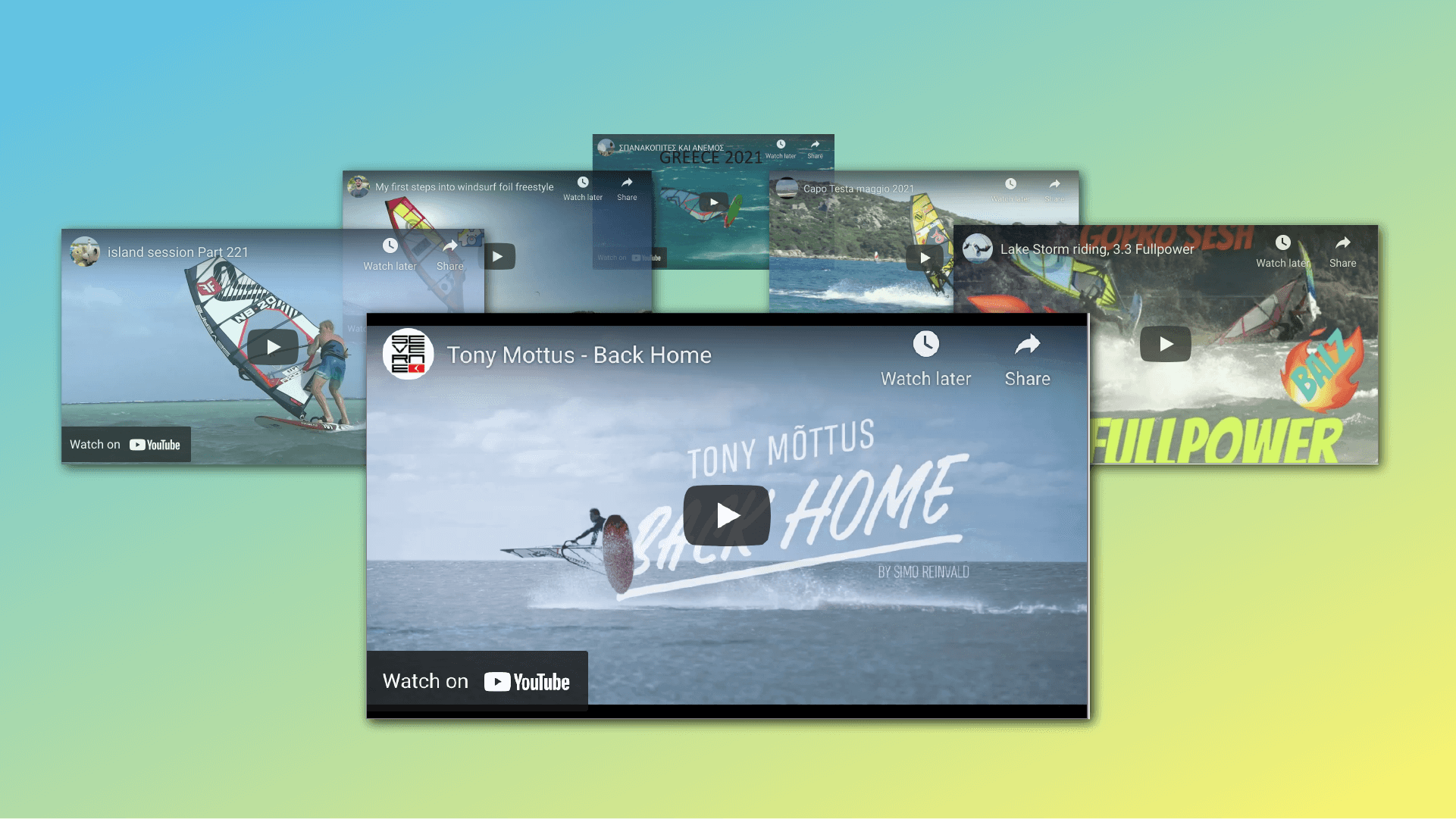 October has been a busy month in terms of Freestyle videos! With the wind kicking in all around Europe, riders and videographers got to work in order to give us a glimpse into what their sessions are like. In this new monthly feature we will round up some of the productions that inspire all the freestyle windsurfers around the world – including us at the EFPT!

First up is a video by Simo Reinvald starring Tony Mõttus (Severne). Coming in all the way over from Vietnam, Tony competed at the EFPT Theologos and took the time to visit his home country Estonia. Enjoy the stunning scenery and action in a country that might not immediately pop into your head when thinking about your next freestyle roadtrip!

Want to see more of Simo’s work in Estonia? You can check out another video featuring Flo Ragossnig here.

Another rider who competed at the EFPT Theologos was Jacopo Testa (AV-Boards/Point-7). After claiming 3rd place, he got around to finishing and posting a video filmed earlier this year. It’s clear he made full use of the conditions in the appropriately named Sardinian Capo Testa:

The 25 knot training sessions in Sardinia definitely paid off for Jacopo. Yentel Caers (JP/NeilPryde) and Balz Muller (Severne) seem to be taking a different tactic when preparing for next season, maxing out on power in Switzerland. Although we are used to seeing Balz throw down some ridiculous moves in these conditions, it’s very nice to see Yentel joining the party:

It’s unlikely these conditions will see the light of an EFPT competition, but its best to be prepared for everything! Antoine Albert (Goya Windsurfing) is also preparing for all forms of competition by picking up Foilstyling. Take a look at his first steps in this new and exciting discipline:

Antoine puts out a new video every Tuesday so make sure to check out his channel. Let’s see if Foilstyle will become a regular feature on there, and whether Albert will participate in future Foilstyle events.

Staying on the Foilstyle train, check out these unusual foggy conditions at the Walchensee (unusual for any other spot that is…)! Andi Lachauer makes the most of them and we would surely love to see him at a Foilstyle event next year as well:

Switching gears, let’s take a look at some action from last summer in Greece. Constantin Geis and Thies Thomsen released a video this month detailing their trip to Karpathos, Rhodes, Crete and the greek mainland. The trip definitely paid off with some sick double moves being thrown down.

On the other side of the continent, Erik Hakman, who runs a junior freestyle team, worked on his moves as well. We saw one of his protégé’s – Primus Sörling – take to the water at the Junior competition in Theologos, and he surely impressed! No wonder – he surfs on a daily basis with Erik:

Speaking of Juniors on the rise – Lennart Neubauer (Starboard/Severne) has been an unstoppable force this year. This October a beautiful video came out which introduces you to the future Freestyle superstar:

Finally, an honorable mention has to be one of Kuma Movie’s October Island sessions. A true staple in the freestyle windsurfing world which keeps everyone updated on the action in Freestyle paradise – Bonaire. Make sure not to miss Tonky Frans’ insane chop hop at 3:32!

That’s it for this month! Hopefully you are back up to speed with the latest in freestyle videos. We will see you back next month when we flip through the catalogue for November.