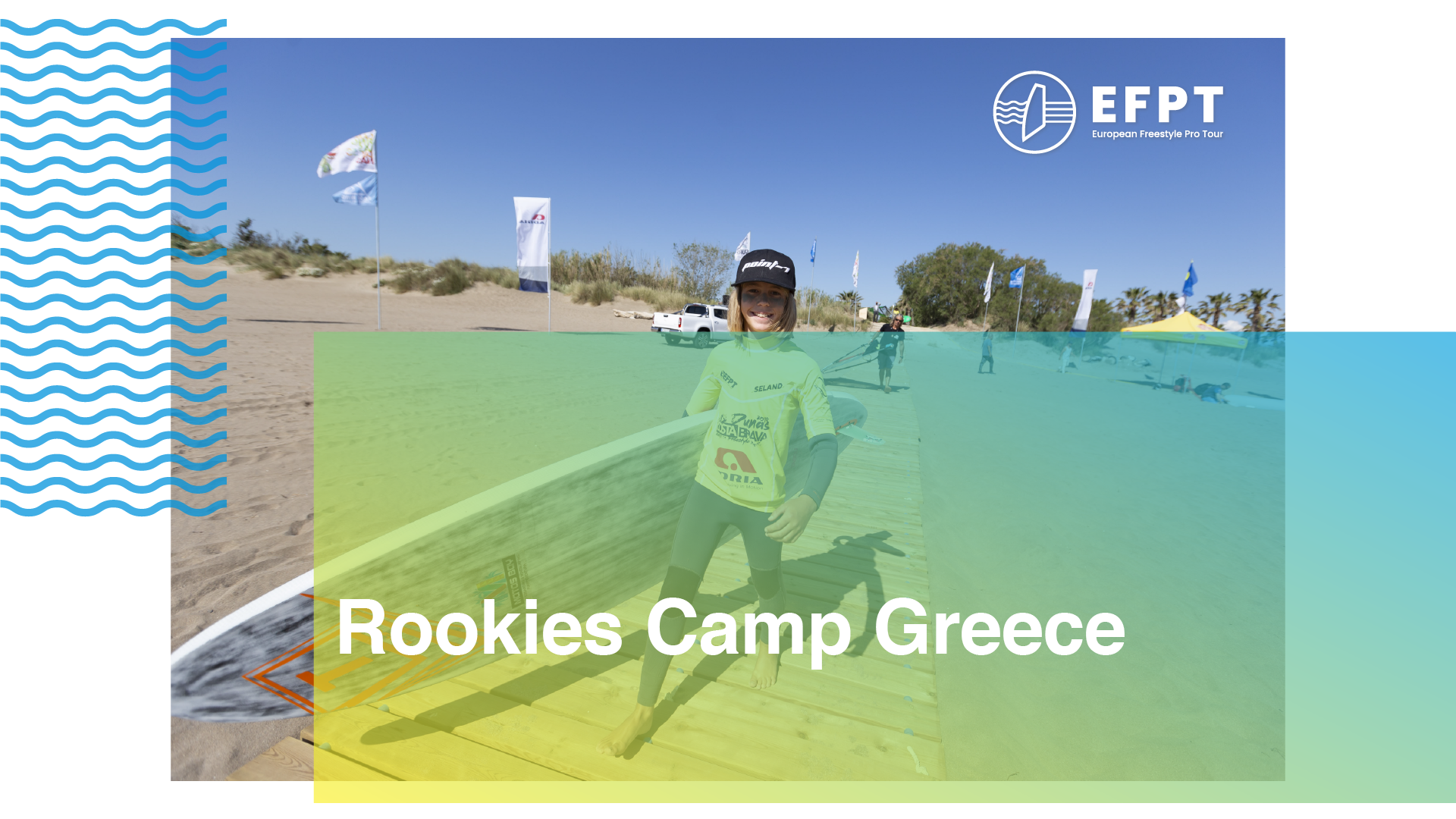 In anticipation of the EFPT Theologos, the second EFPT Rookie Camp took place just a few days before the main event. From the 3rd to the 5th of September head coach Julian Wiemar took four futurestylers under his wings in order to get them ready for the real competition this week. He was joined by 2017 EFPT Champion Jacopo Testa, who added his knowledge to the mix as well in front of the Surf and Kite Theologos centre. In three days the rookies went through all the basics of competition and worked on their moves, culminating in a practice competition at the end of the last day. Read on to learn how it went and to see who won a brand new AV-Boards “The Turn” board… 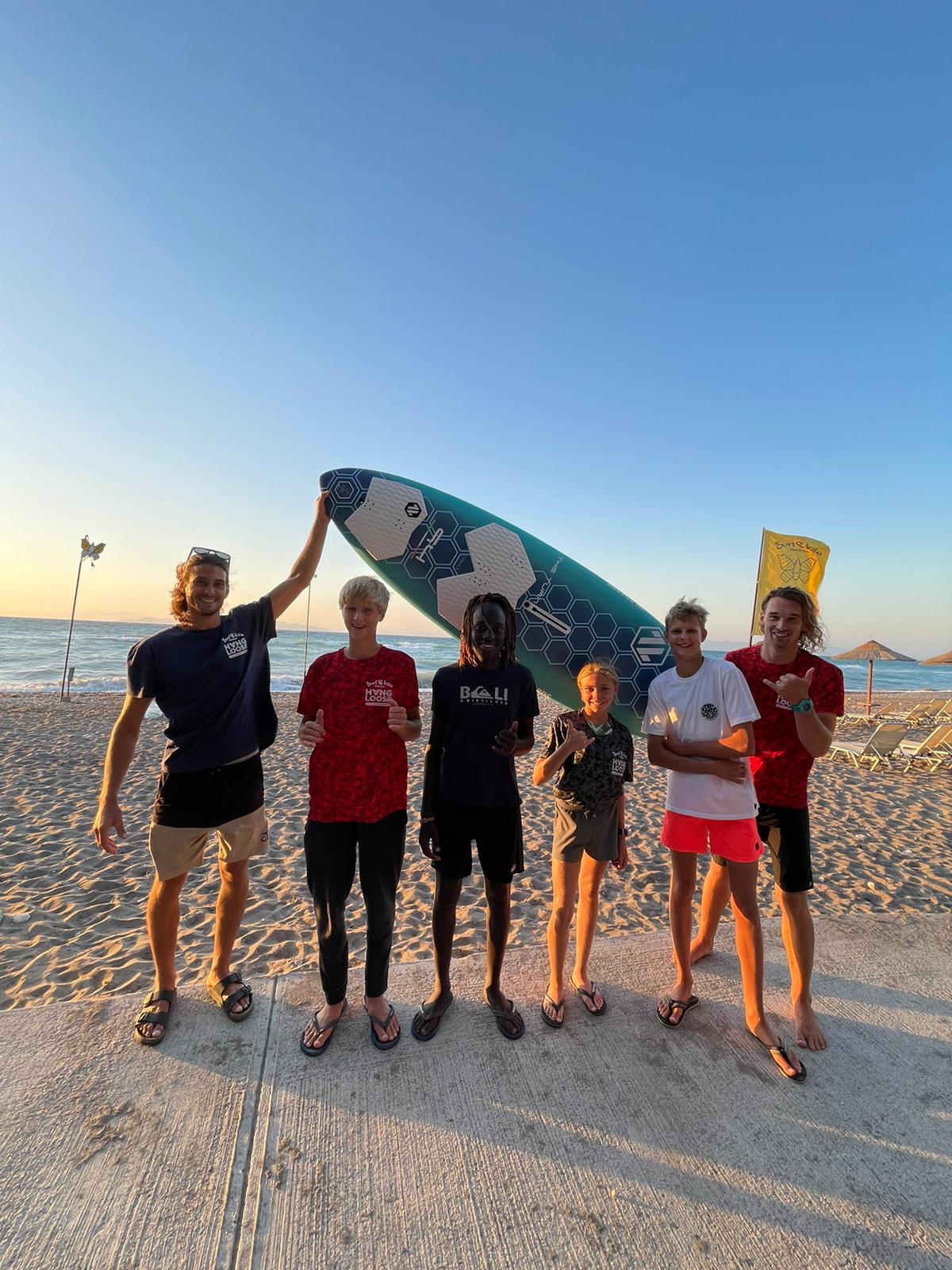 The Rookie Camp participants and their coaches. From the left: Jacopo, Kuba, Primus, Emilia, Mateusz and Julian.

Flying in from Germany was 12 year old Emilia Scheffczik who was super motivated to become a freestyler. Head coach Julian spoke of her admirable drive as she was the first at the spot everyday to work on her Helitacks and other moves. She was joined by two expressive Polish brothers: Kuba and Mateusz Luboinski. Remember these names as the 15 and 13 year old boys are already throwing down some serious moves. This camp they were working on their switch moves, shove-its and going for their first power moves. On the last day the trio was joined by Swedish ripper Primus Sörling, who, during the practice competition, landed his first shaka!

Head Coach Julian Wiemar: “New moves are being thrown down every 5 minutes”

In the end, it was the Polish brothers who have shown impressive progress and who could actually use a new board the most! They were awarded, and will therefore share, their new AV-Boards “The Turn” in their path towards becoming full-fledged freestylers. Check out the video below to see the highlights from the camp!