Light offshore winds, flat water and clear skies provided a perfect arena for the first tow-in qualification round. The ten riders of round one, spun through some training runs to adjust the course and to warm-up and the competition was launched just after 11.00 am. With the best score counting out of three runs, the five riders with the highest points would advance to the final on Friday. 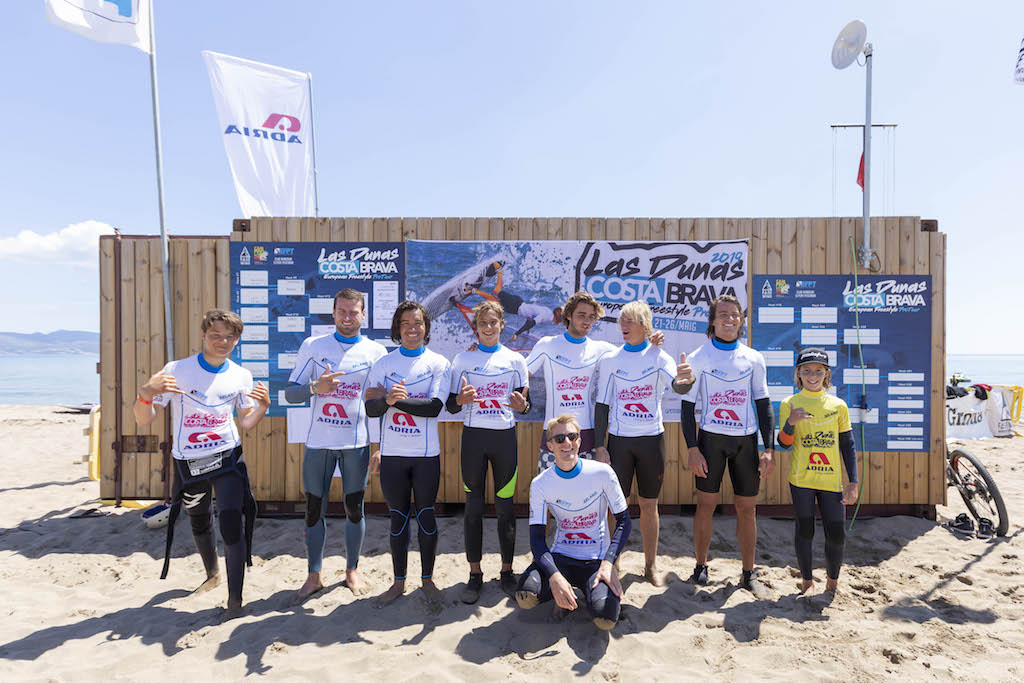 It was great to see some juniors entering the tow-in apart from the big names. Whilst Lennart Neubauer (Severne) could already gain some experiences in this discipline, others went in with a rookie status just like Mathis Mollard (JP/Neilpryde) from France who showed some decent moves and could even make it into the final with his last clean burner counting 4,84 points. Mollard stated that he tried the tow-in only three times before and was super super happy about making it into the final. 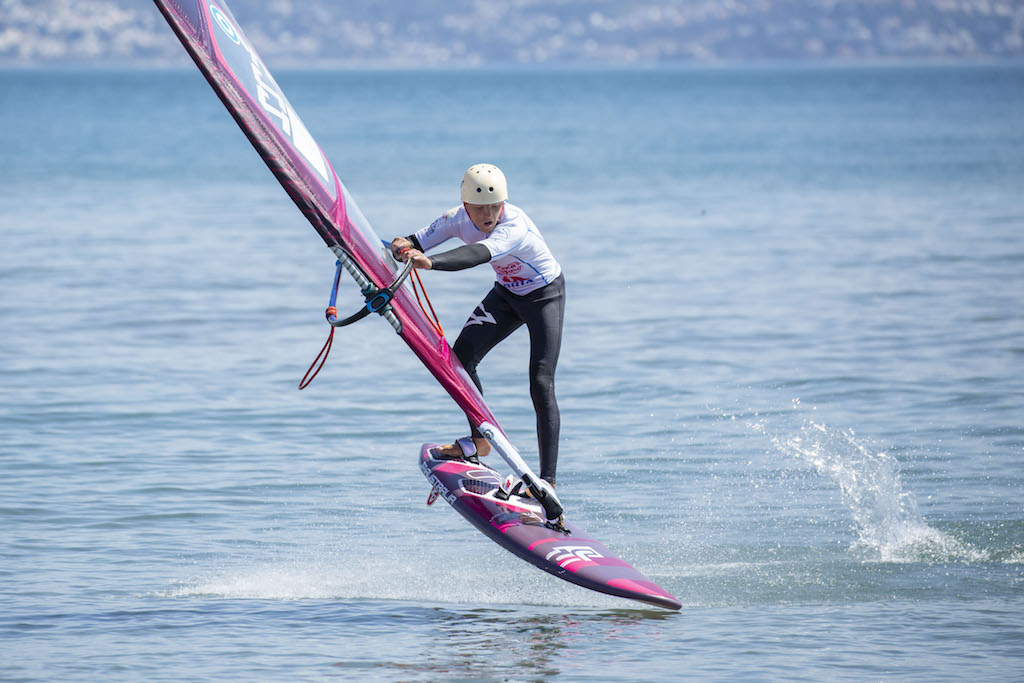 Mathis Mollard goes to the final (by Job Vermeulen)

Valentin Böckler (Gunsails) from Germany made it to place four straight away in his first run by landing a smooth air funnel funnel (5,16). Belgian Yentel Caers, who had some impressive warm-up runs could take third position with a double air funnel (5,31). Placed second had been Davy Scheffers from Holland, who could match Caers move, however landed it a bit cleaner – a clear focus that had been set by the judges before the event. With more than two whole points difference, Sam Esteve (JP/Neilpryde) secured the first place with a super stylish air funnel into burner (8,38). The winner of the tow-in show in Austria earlier this May, renounced the training runs and landed all of his three attempts completely effortles and dry, owning his victory. 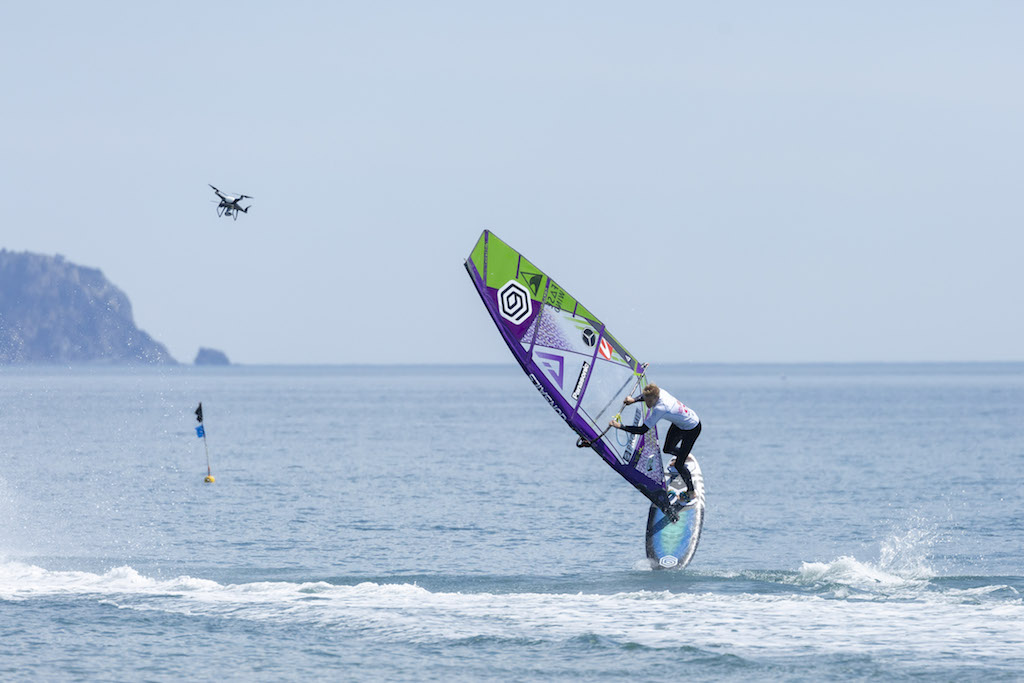 The thermal wind started to increase in the early afternoon, with some gusts that looked promising enough for some riders to give it a try on their bigger equippment, it however stayed too light to kick off the freestyle competition.

Tomorrow we’ll see fleet number two of the tow-in qualification on the water and will find out who will be the remaining five riders to make it to the final. The forecast for tomorrow afternoon looks quite promising, so we’ll keep our fingers crossed! 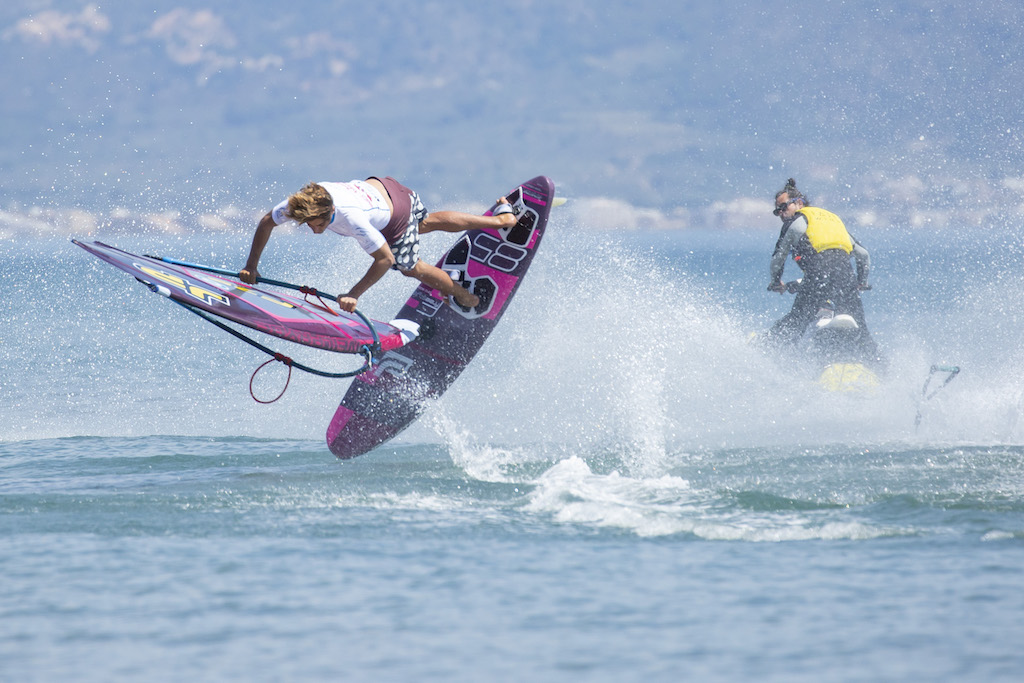