After an amazing launch of the Las Dunas – Costa Brava event in 2018, the organisation team around the Fase Wind Center and Camping Las Dunas, brought this five star event back to this amazing coastline for the second consecutive year.

With very unlucky conditions in 2018, the event had been moved to an earlier date this time and marks the official start of the EFPT season 2019. With six full competition days and a decent forecast for the weekend, we got our fingers crossed for some great action.

19 pro riders and six juniors signed up to compete for the € 15.000.- prize-money and valuable points for the EFPT overall ranking as well as the Freestyle Qualifying Series (FQS), that allows riders outside of the PWA top 20 to compete in next years freestyle events – a format that has been developed in cooperation with the PWA in the past years and that has been officially implemented since 2018.

Since no rules restrict the participation of top PWA sailors in this years fleet, we are looking at a whole bunch of big names as title contenders. Giovanni Passani from Italy, who was ranked third overall last season is ready to take on Steven Van Broeckhoven (Gunsails) from Belgium, who won the title multiple times in previous years. European Champion of 2017, Jacopo Testa (RRD/RRD) also signed up for the first EFPT freestyle event of the season, as well as winner of DAM-X event of 2018 – Davy Scheffers. Yentel Caers, Sam Esteve (JP/Neilpryde), Mattia Fabrizi (Patrik), Loick Spicher (RRD/RRD), Francesco Cappuzzoo (RRD/RRD) and Riccardo Marca (Duotone/Fanatic), are just a few names amongst a really strong fleet of riders who signed up today.

We are more than happy to also welcome six very talented junior riders at Camping las Dunas, with five of those six also competing in the pro fleet, due to an extremly impressive level. Highly talented U16 vice champion of 2018, Lennart Neubauer (Severne) will have to take on Nil Bacon (Severne) and Mathis Mollard (JP/Neilpryde) from France, as well as U18 EFPT champion 2018 Eugenio Marconi and Stefan de Bell (Patrik) from Curacao. Since there are not enough sign ups to sail each age category seperately, the boys will have to battle it out against each other in one U18 fleet. With only 12 years of age, the youngest competitor at this event is Ancor Sosa Kather (Patrik) from Fuerteventura, who entered his first EFPT event in 2018 at his homespot, Matas Blancas. It is really nice to see the engagement of the youth in the professional windsurfing circuit and we are looking forward to see them grow up with this tour. 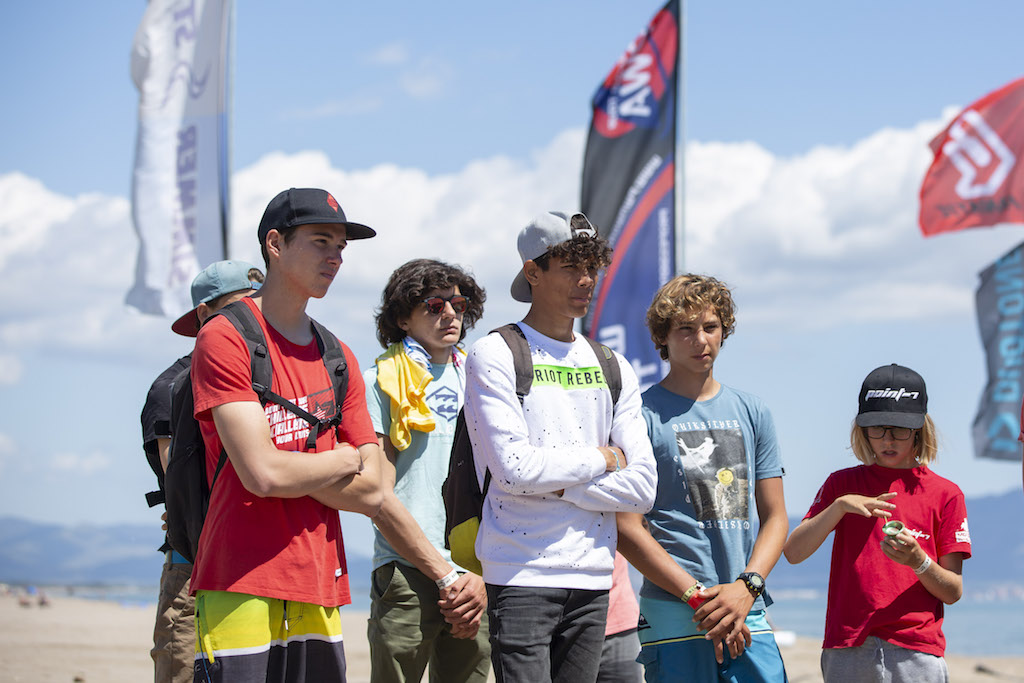 With a very light wind forecast for today and despite the effort of some riders to get planing in the onshore gusts coming through in the early afternoon, there has been no chance to start the compeititon.

The conditions for tomorrow look rather light, so a tow-in competition with two qualification groups and one big final had been schedulded, to guarantee some action for the upcoming days in case the thermal wind doesn’t push through. 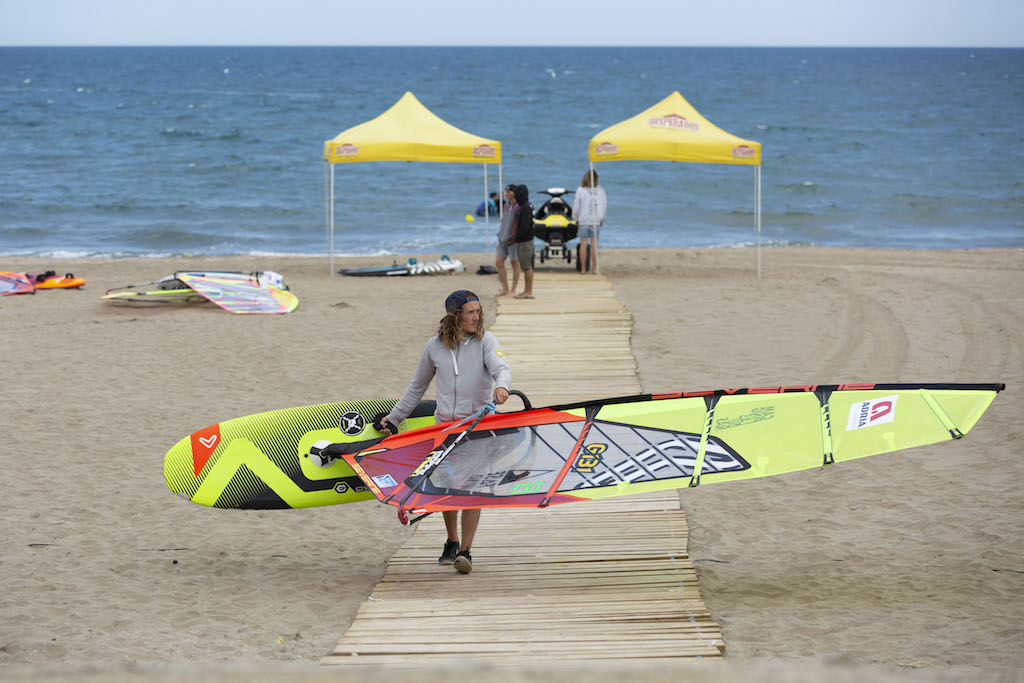 Felix Volkhardt at the end of day 1 (by Job Vermeulen)