He is the tall, bearded legend of the EFPT. Not many embody passion, spirit and professionalism in this industry just as much as Tom Hartmann. The Austrian former windsurfing pro has been with the tour since the start: as a competitor, a judge, a race director and ultimately as the tour-manager. Everybody who ever had the chance to meet Tom knows that it’s not a flame burning inside him when it comes to watersports, but a wildfire. What we did know about is Toms superpower, what we didn’t know involves an Austrian special force…

Famous for: Firing up the best Sambucas, haha! didnt happen for a while 🙂 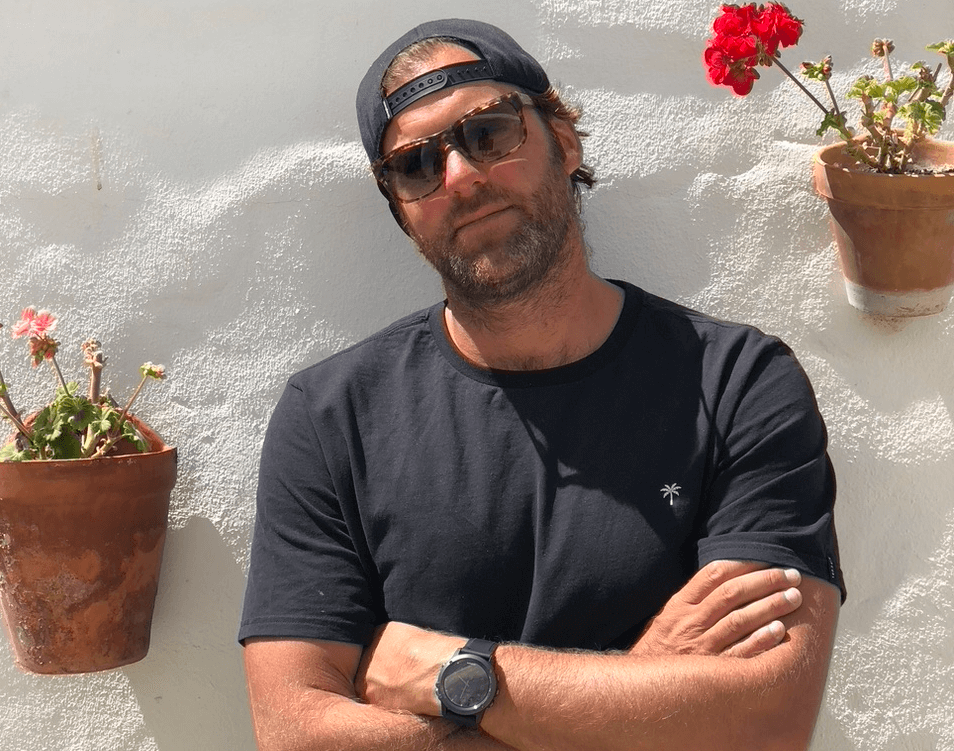 How did you become a team member?
I was competing myself on the EFPT since its beginning in 2003. Then I suffered a severe shoulder injury from a heavy crash while training before the first event in 2009 which took me out for the whole season. The EFPT was looking for a new race director / head judge at that time and as I had been organising and managing some national competitions at that time already, they asked me if I would be interested in doing the job.

I was not able to windsurf for months, but wanted to stay with the tour that I have been part of since the beginning, so it felt natural to agree and took it from there. It were no easy times in those years with the financial crisis hitting the tour and events hard of course, so we were forced to work with a very small crew and limited budget and a lot of allround skills were required to make it all happen. I was the only one of the team who was attending all the events, therefore it came soon after that I also took care of the tour-management being in contact with all the organisers and putting it together. It feels good to see where we have developed the EFPT since then and how the standards of our tour, the events, competition and media has grown over these past 10 years to what it is now. Back then I also started working on the PWA World Tour as judge for freestyle, wave and slalom competitions. 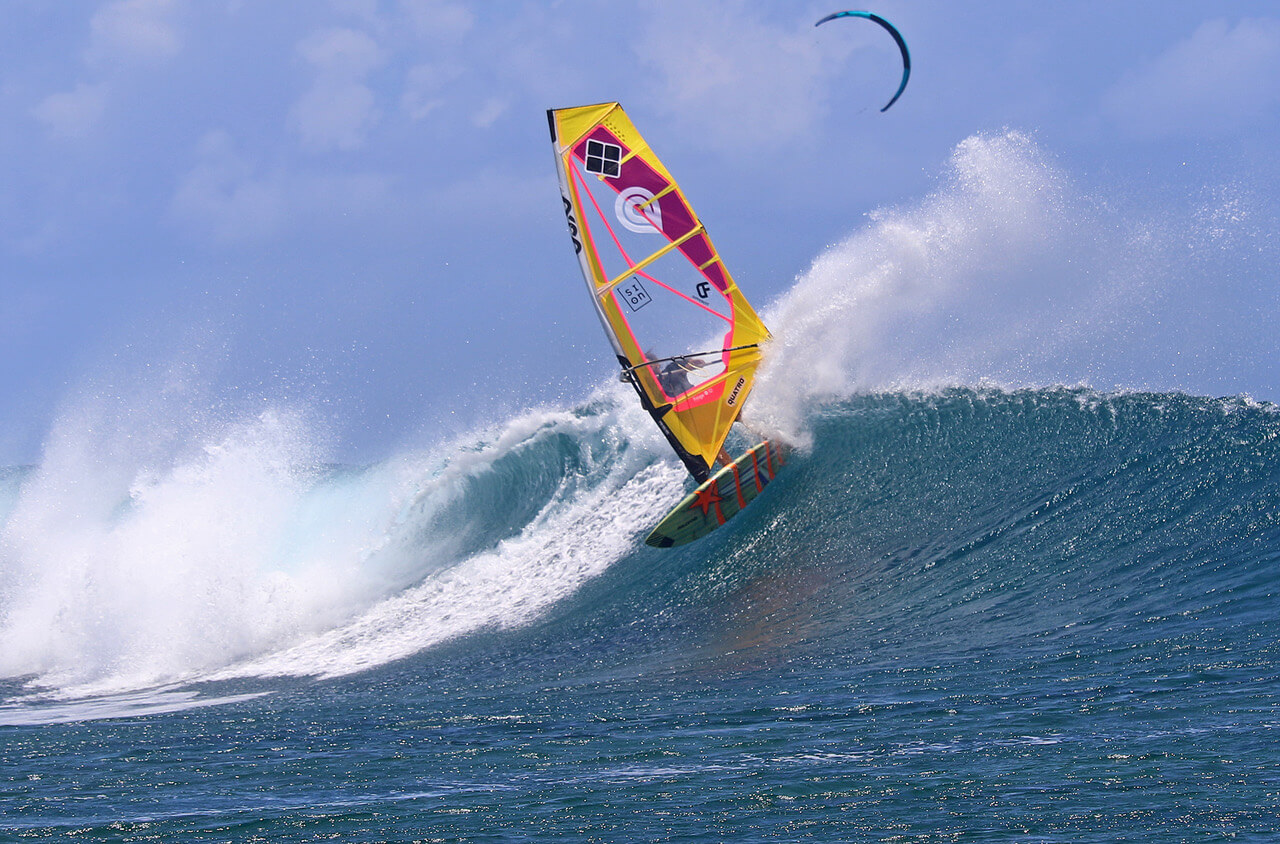 Tom ripping his favorite spot in Mauritius (by Flora Bikich)

Favorite EFPT event
Thats a hard one, because there are several events that are among my current favourites for different reasons: Lanzarote for the radical and consistent conditions that allow to showcase the highest level of the sport. Austria for the crowd, professional setup and day and night program that is built around this mass event. Engadinwind for its unreal scenery of hosting a windsurfing event in the mountains of the Swiss Alps. Brouwersdam for the team and spectators that are all so passionate about our sport and their contribution to windsurfing. Costa Brava for its hospitality and VIP treatment of all our riders and crew. Vieste for its amazing food and splendid Italian vibes. And there are more events with more reasons to be named of all the tourstops that we were running throughout the past years. 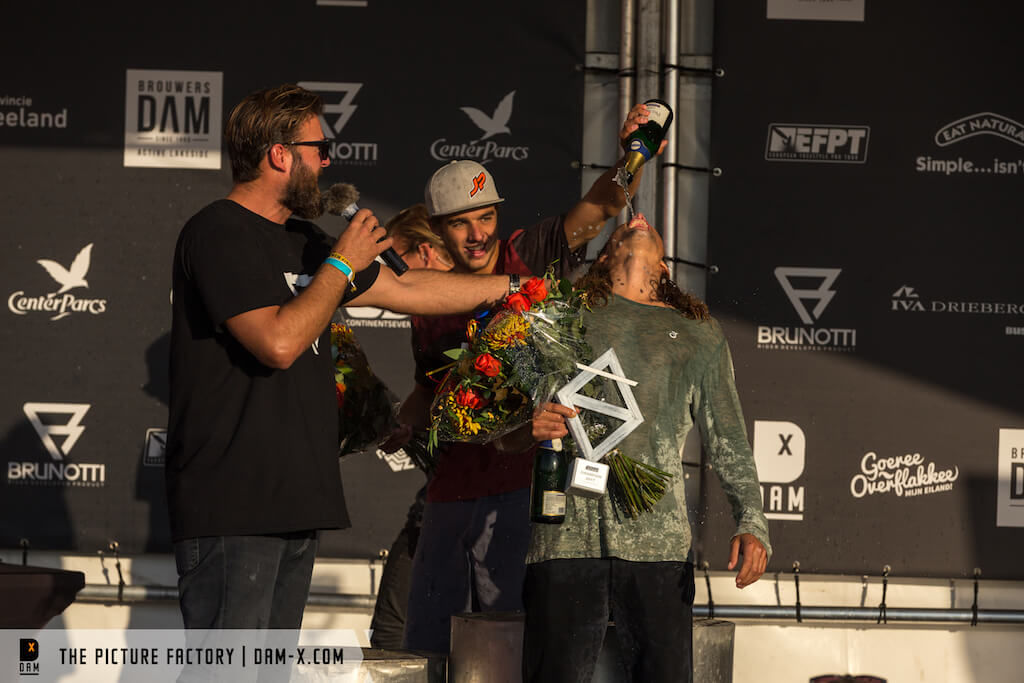 Best Tour Memory
Being on this tour for all the 17 seasons it has completed so far, there were too many good memories to be able to recall the best one. But thinking about it, one of the standout moments was when tour veteran Tonky Frans finally took the European Champion Title in 2018 after being on the freestyle tour for more than 15 years. I was competing together with him already in the early days of freestyle and Tonky was considered one of the worlds top riders since then, he won some events, but somehow never got a World or European title under his belt. So seeing him winning the EFPT after so many years trying and inspiring multiple generations of riders, he finally reached this goal at an age of 35 and I think there was no question that he would not deserve this victory as a credit to his career. I felt truely honored to be able to hand over that trophy myself to this long time friend at the end of the 2018 season.

Funniest Tour Memory
It is impossible to count how many fun moments I have experienced on this tour as a competitor and as a crew member likewise. I think the funniest moments lie somewhere between all the crazy travel stories to/from/inbetween events, facing different “cultural encounters“ and some of the nightly escalations that are hardly recalled by its attendees hahaha 🙂 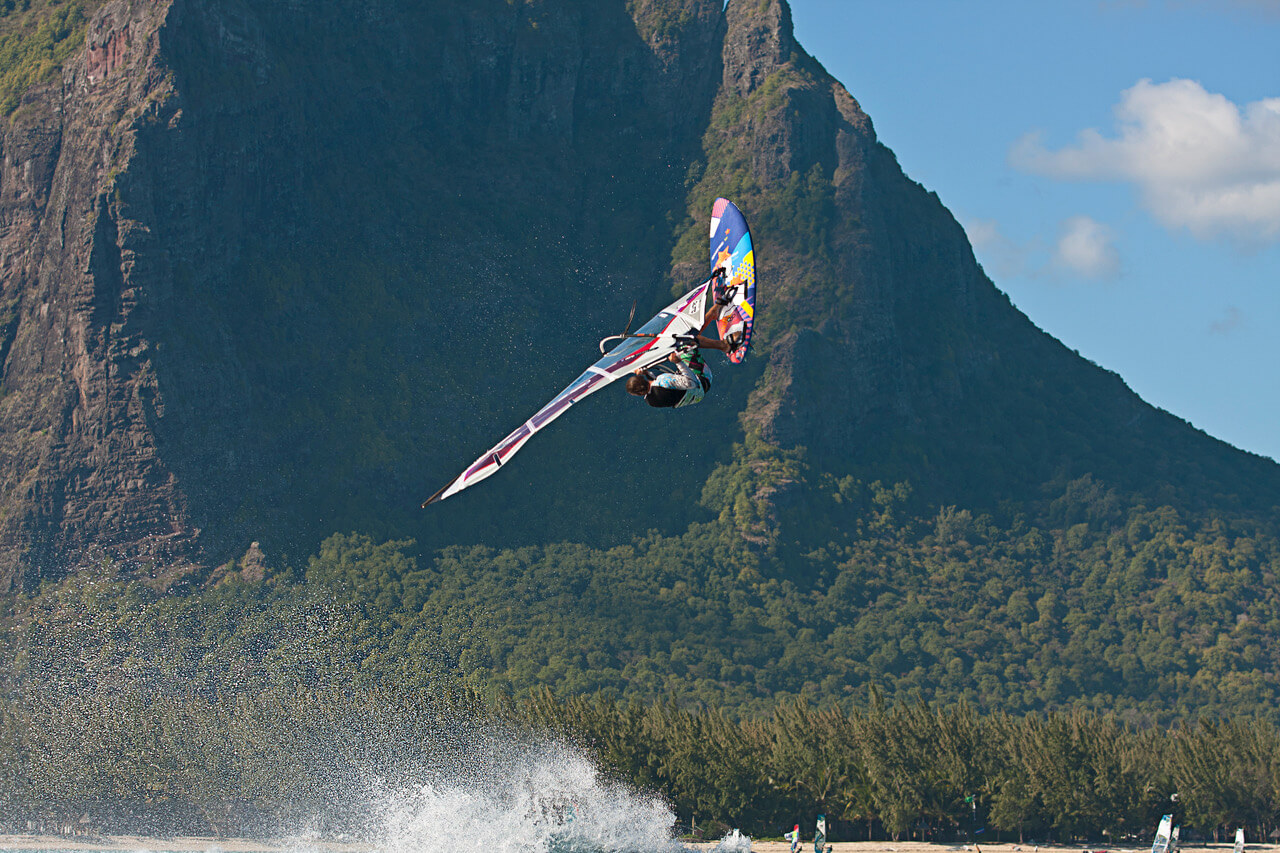 Personal competition experience
I competed on the EFPT and PWA in freestyle 2002-2008 and did a couple of wave events after my recovery from injury 2011-2012.

Other projects
Since 2018 I am also the tour manager of the GKA Kite World Tour and combine travelling with all the 3 tours GKA, EFPT and PWA.

In 2015 I started a business in Mauritius where I am based when not on tour. It is called SION Mauritius and we offer different accomodations, car rentals, deal with windsurf, surf, SUP, foil equipment and organise also other activities all mainly for wind- and kitesurfers around the Le Morne area, which is one of the best spots in the world to practice these watersports.

Other sports
Kitesurfing, Surfing, SUP, Foil and any other kind of ocean activity. 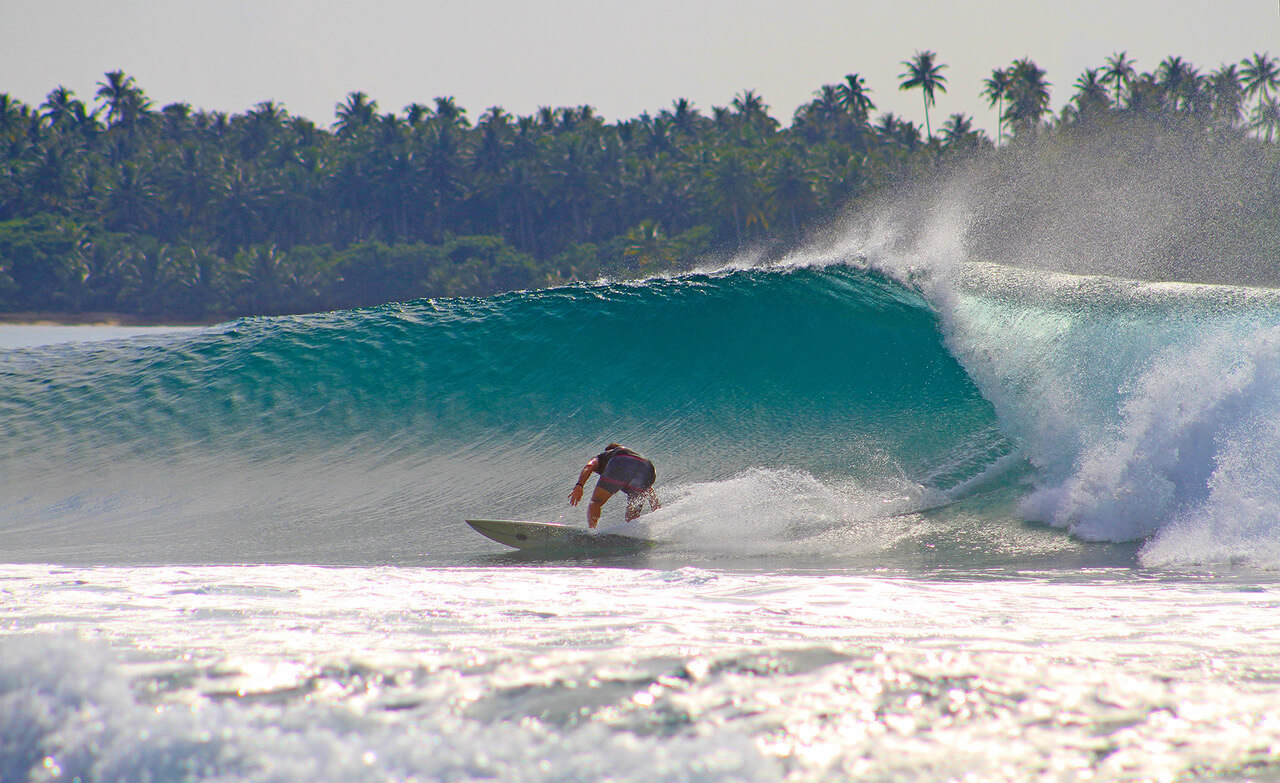 Best thing about the EFPT
The EFPT is like a big family. When you are at one of our events, it doesn’t matter if it is as a competitor, crew, organiser or spectator, you feel this family vibe and being part of it. Beside the focus on professional competition, we also take a big emphasize on the social aspect of the tour. It is important to build and maintain a special connection between the tour, athletes, organisers and the spectators which plays a role in the successful concept of the EFPT. This common enthusiasm of all players in the game is also shown by the fact that we have several team members and athletes that expand their commitment by being organisers or supportes of their own events that contribute to the growth and authenticity of the European Freestyle Pro Tour. 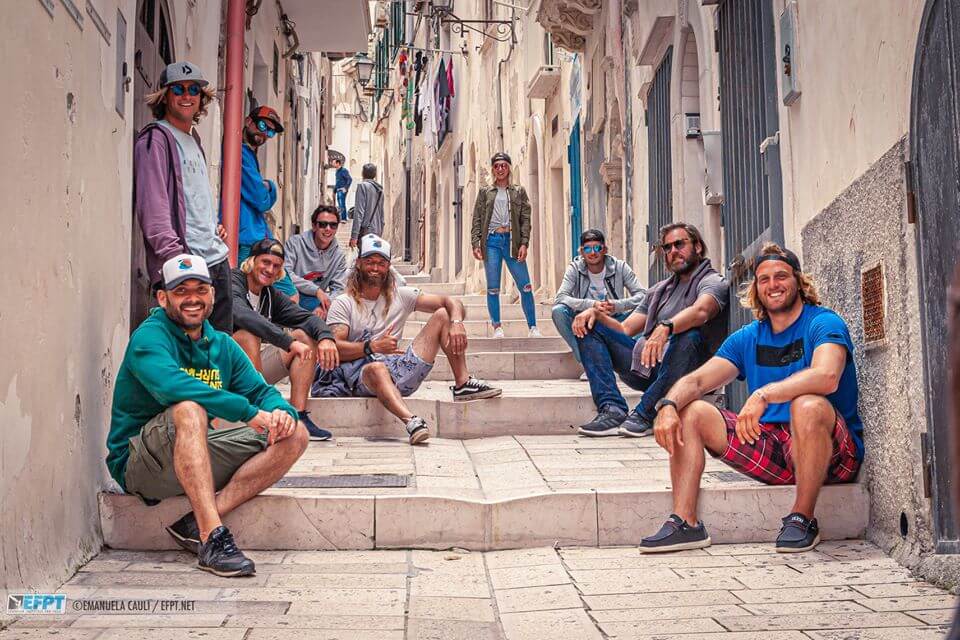 EFPT team on tour in Italy 2019 (by Emanuela Cauli)

Worst thing about the EFPT
I had to think about this for a while and still nothing really bad comes up to my mind. But if I need to name something, then it is probably the end of any season when the final event is finished and the whole family gets split apart for the winter months. Then I start missing the awesome crew, riders and friends we have become over the years travelling the world together. But the good thing is the excitement that comes up with it for the next season ahead 🙂

What’s in your coffee?
I rarely drink coffee, but if i do, I like a Wiener Melange.

Tell us something we don’t know
Before I committed myself fully to the sport of windsurfing, I had been serving as sergeant for the Austrian Forces Disaster Relief Unit of the army in two international search and rescue missions. 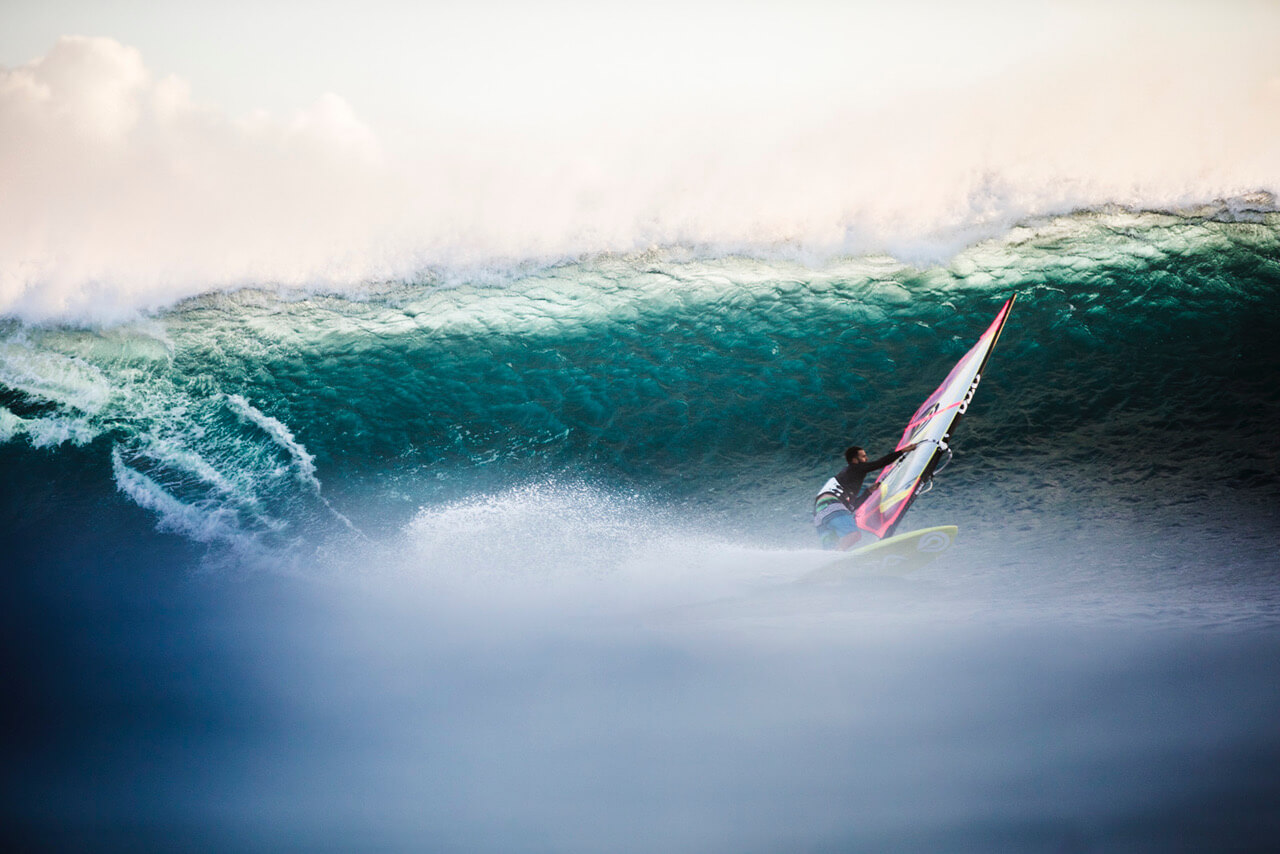