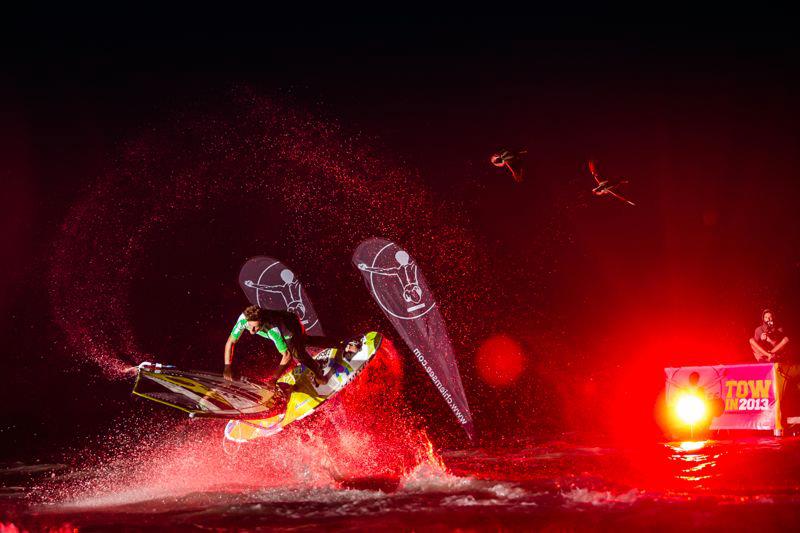 Being the organiser of the famous Surf Worldcup in Podersdorf for many years now and by being a driving force when it comes to the promotion of freestyle windsurfing, we decided it was time to speak to Gerhard Polak about this year’s European Freestyle Pro Tour edition at the event in Austria. EFPT: You have been organizing the Surf Worldcup in Podersdorf from the start many years ago. Can you tell us why it has always been a windsurfing event and freestyle in particular?

Back in the days I have been organizing the Funboard Championships of the county ‘Burgenland’ (editor’s note: lake Neusiedl is located there) and 1993 the first Surf Opening in Mörbisch. Back then I thought that a windsurf regatta would not mobilize the amount of people that I was wishing for and therefor we wanted to try the combination of a windsurf race and a party. It was a big success! We sticked with this concept and moved on to Podersdorf, where we took over the Kastner & Öhler Surftest. In 1994 we ran the first Surf Opening in Podersdorf – that was twenty years ago. Since then I organize the event, but meanwhile clearly not on my own anymore.

Concerning freestyle: I am a windsurfer myself and even ‘back in my time’ I always considered the different possible maneuvers more interesting than racing around buoys. We started the event with windsurfing and for this reason windsurfing will always be a part of it. The only question will be if we run the  European or the World Cup version of it. EFPT: What will be the highlights of this year’s event for the riders and the spectators?

The opening this year will be a huge show with the Ö3 (editor’s note: biggest Austrian radio station) concert of CRO and also the prize-giving ceremony will surely be a highlight with the Max (Matissek) & friends party at Tonis Martinskeller. I am personally looking forward to the crazy reporting of the event-site by the Royal Captains and the daily videoclips produced by Continentseven. What’s new this year is also the best trick contest with 1.000€ prize-money.

Furthermore we changed the layout of the event site a bit and gave it more structure with different areas, where every visitor will be free to choose his favorite one.

EFPT: You pointed out that there will be a huge focus on the sport and the windsurfing itself on this year’s edition of the Surf Worldcup. How will you put your plan into action?

We changed the program for the freestyle contest a little bit to be able to present the results of every heat straight afterwards at the big stage close to the beach. We wanted to make sure to get the audience more involved in what is happening on the water.

Everybody who won’t make it to the event will have the possibility to check out video updates by the Royal Captains and Continentseven which will be released on an hourly basis.

This year we scheduled the three qualification rounds for the CHIEMSEE European Tow-In Championship for 5.00 pm instead of 8.00 pm, to make sure that all the spectators see some windsurfing action during the day. Besides we are having way more audience on the beach around this time.

Moreover there will be a special team who is responsible for the rider’s presentation and the prize-giving ceremony and also for the program on stage. Our advantage is that we can work together closely with the Austrian team of the EFPT (especially Tom Hartmann and Hanna Poschinger)- the perfect cooperation of the local organisation and the tour-organisation is crucial for a flawless event.

EFPT: What is your personal highlight on your event and who are you looking for to welcome back to Austria?

I am especially proud to run the only big event in Austria which has no VIP areas. We don’t have zones which are reserved for ‘important people’ only. We want to create an environment that is like the one in windsurfing: without class differences.

As an organiser I am happy if many people come to Podersdorf to have a great time. It doesn’t matter how they make their memories there, the main thing is that they are having a blast! And if everything works out you’ll definitely find me on the dance podium in the big Bacardi party tent, because after all it has been worth all the effort!

You want to know who I would like to welcome in Podersdorf? THE surfers! They bring the summer- and this mix is almost unbeatable!