After a ten days event-period and five days of tow-in shows and exciting freestyle windsurfing supersessions, it’s time to look back on the action that has been displayed at the Surf Worldcup in Neusiedl am See, Austria.

With a unique show-format that has been adapted to the wishes of the event-organiser, 13 riders from eleven countries have been invited to compete for € 5.000,- prize-money. Sam Esteve (JP/Neilpryde), Amado Vrieswijk (JP/Severne), Mattia Fabrizi (Patrik), Adam Sims (Patrik/Sailloft), Gollito Estredo (Duotone/Fanatic), Alex Mertenes (Severne/Severne), Julien Mas (Gunsails), Antoine Albert (Goya/Goya), Kevin Mevissen (Goya), Rick Jendrusch (Severne/Severne), Max Matissek (Duotone/Fanatic), Marco Lufen (Duotone/Fanatic) and Steven Van Broeckhoven (Gunsails) would fight for the podium positions. A best trick format was applied, to give each rider the chance to improve their ranking in each and every round that they participated in. The schedule included several tow-in night sessions, where some spectacular moves have been displayed by the competitors. 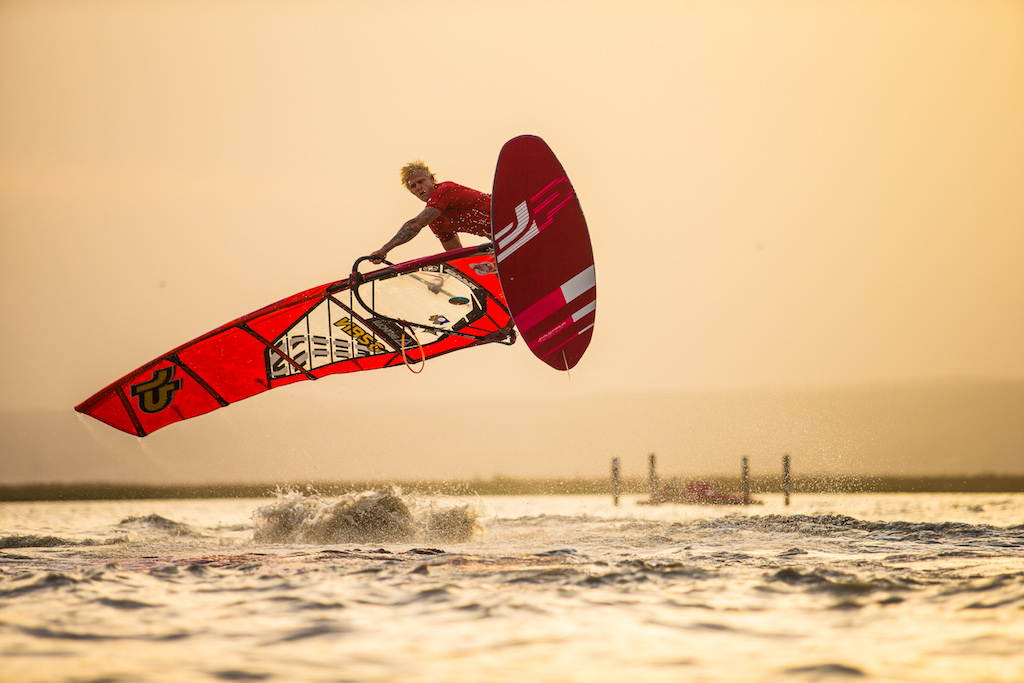 Taking the lead after the first weekend has been Mattia Fabrizi (Patrik) from Italy, who already managed to win the Chiemsee tow-in show in Austria in 2018. The Italian freestyler impressed with a perfect one handed burner into funnell and scored 68,5 points – a score that would stay unbeaten until the final day of the event. Second and third position have been taken by current worldtour leader Amado Vrieswijk (JP/Severne) and multiple European freestyle and tow-in Champion Steven Van Broeckhoven (Gunsails), respectively. Although the riders where pushing hard to match the score of Fabrizi, even second place saw ‚only‘ 58 points and the Italian looked pretty untouchable ar the top of the fleet. 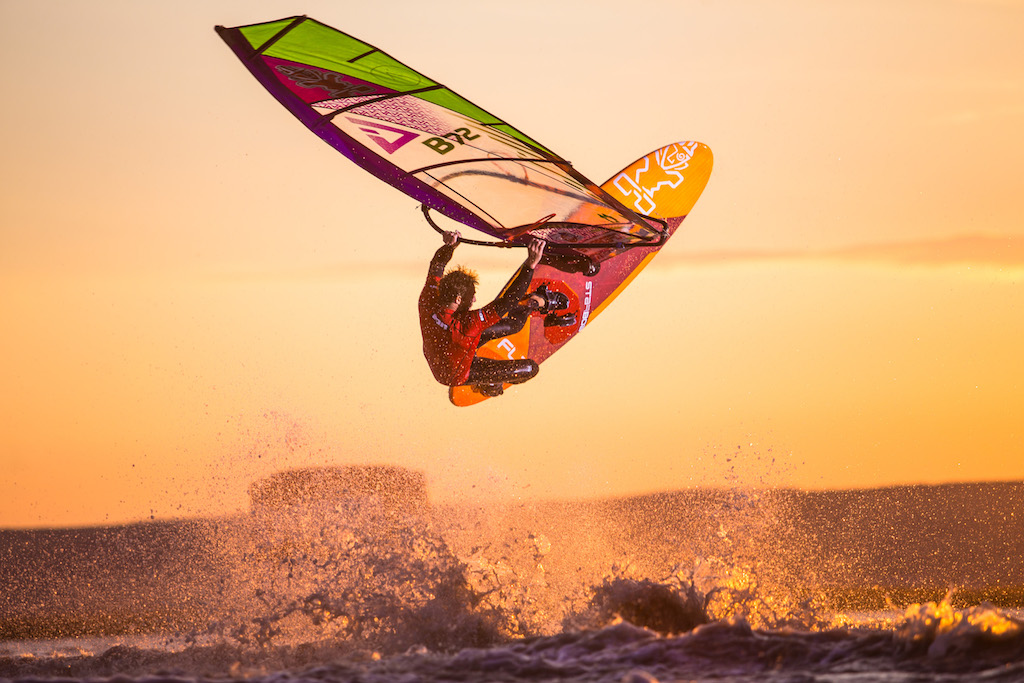 With the second weekend, we’ve also seen a change of competitors, as some windsurfers had to leave to different events whilst others made their way to Austria, to take on the remaining riders. Whilst Jendrusch, Vrieswijk, Van Broeckhoven, Lufen and Mevissen left, some tow-in superstars would take their places: Adam Sims, Gollito Estredo, Julien Mas and Sam Esteve arrived in Neusiedl and they all came with a mission.

Gollito Estredo arrived straight from the photoshoot in Maui, to change his boardshorts for a thick wetsuit and put on a fight against the current leaders. It was impressive to see how fast the Venezuelan adapted to the light side-shore wind, the jetski and the wake of the mastercraft boat that would create a wake big enough to take the moves to a higher level. Estredo circled through burner and air funnell combinations in the competition. After failing some attempts in training his progress was visible run by run. 64 points were enough to win round 4 of the show, but not enough to take the crown off Fabrizi. Julien Mas who couldn’t quite get the points he was hoping for could eventually make it to the top three on the penultimate day of event, but was clearly aiming for more. 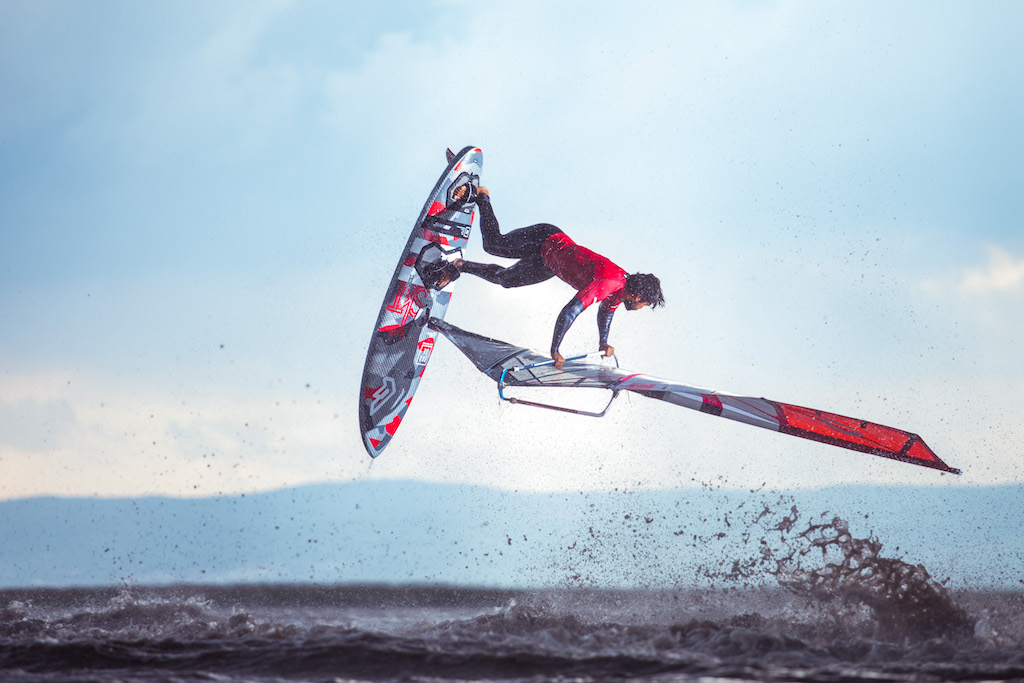 Gollito Estredo – from Maui straight to Austria (by Martin Reiter)

A surprisingly solid performance was shown by 19 years old Alex Mertens from the United States. The young freestyler with hardly any tow-in experience managed to pull the 5th place in round 4 (equaled overall 7th) which put him in the lead over tow-in routiniers like Adam Sims, Antoine Albert and Max Matissek. 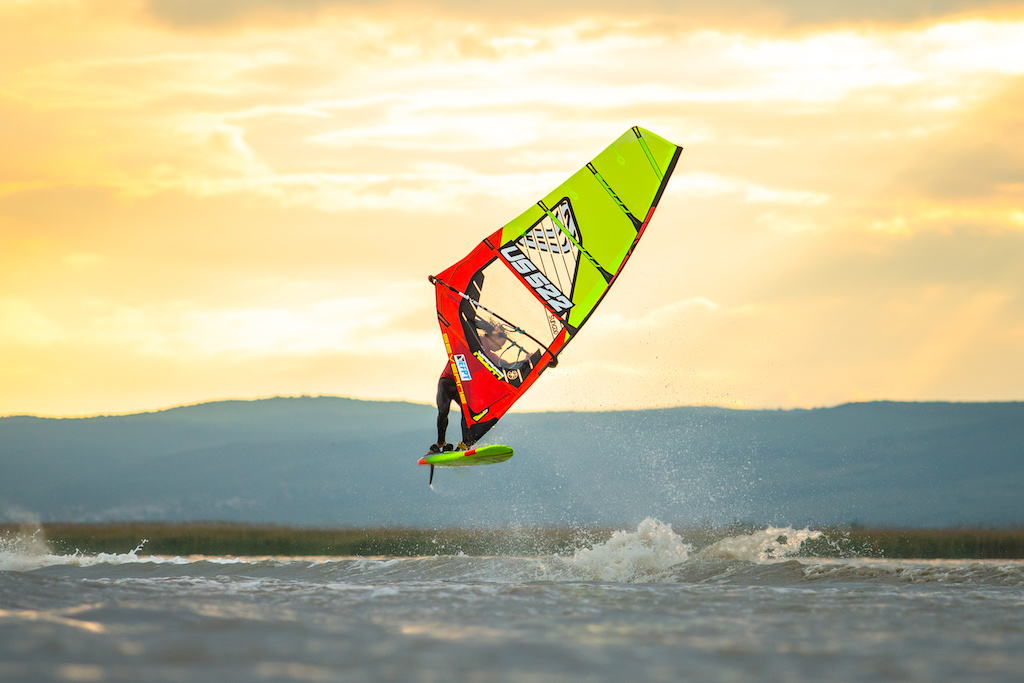 The expectations for the final day of the event were immense, as riders like Sims, Esteve, Albert and Mas were more than ready to mix up the top three once again. All three of the highest scoring moves of the event have been landed in the setting sun of the last day at the Surf Worldcup in Austria. 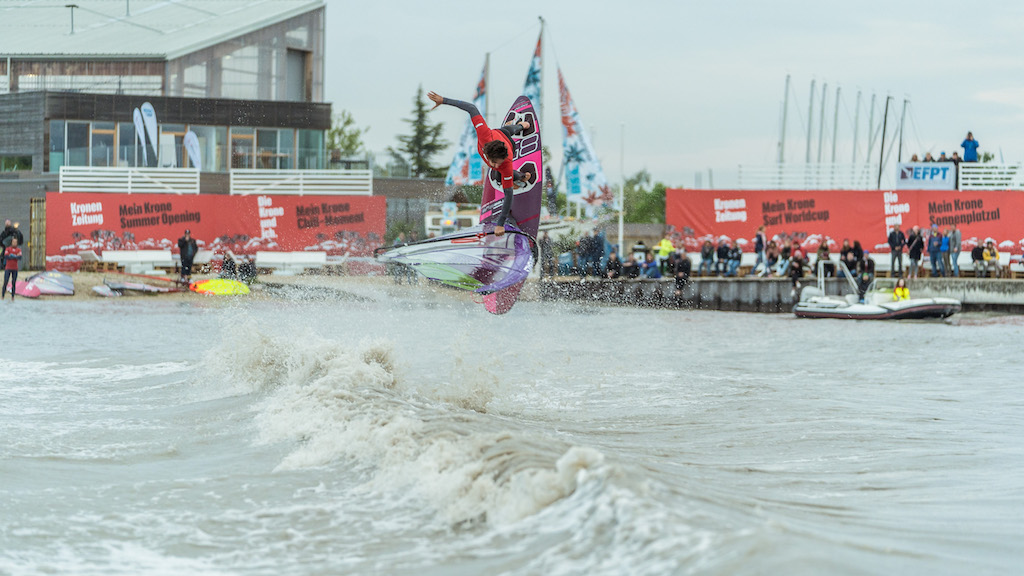 Mattia Fabrizi claimed a perfect double air burner one-handed to beat his own highscore by one point (69,5). 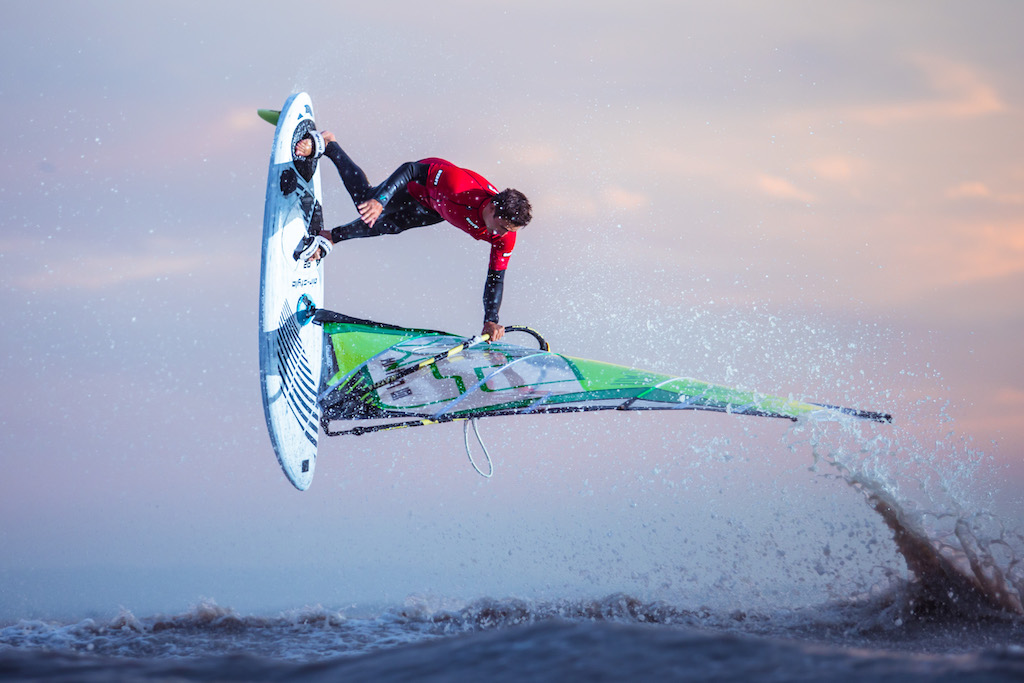 The Italian was THE guy to match at this years edition, but only he himself and one other, outstanding rider could actually manage it: Sam Esteve from France. The young Frenchie won the Chiemsee Tow-in in 2017 and could now claim victory once again. His perfectly executed double air burner 540 scored him 70 points and the overall win here in Austria.

The tension over the final positions has been built up throughout the whole evening and night, as the final result was announced just after midnight on one of the infamous Surf Worldcup parties, where the riders celebrated the end of a great event with hundreds of other event-guests. 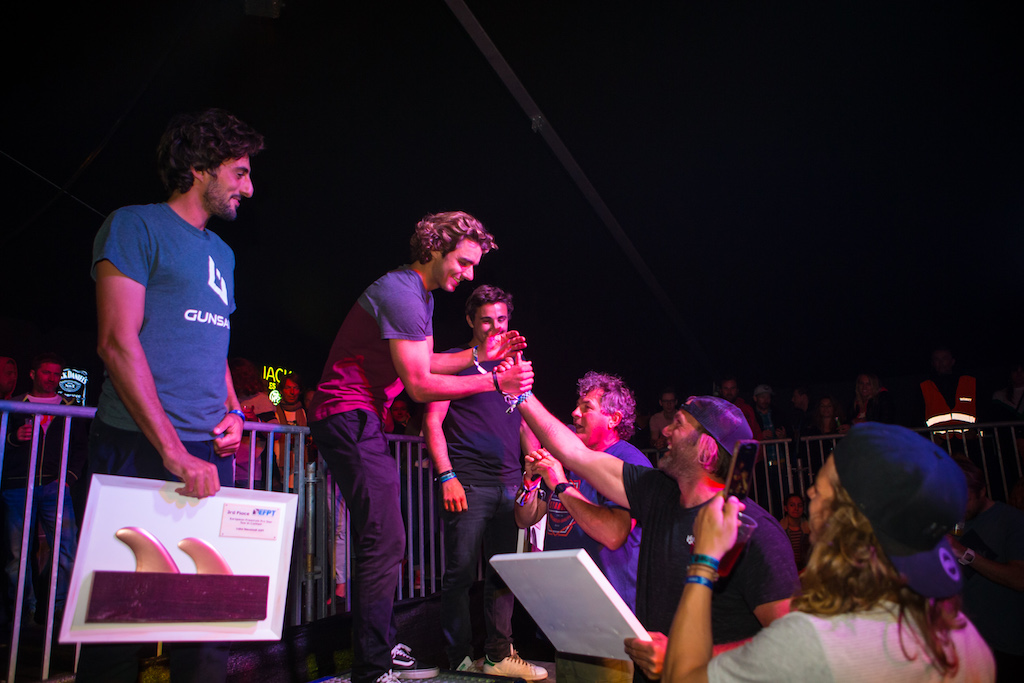 We are looking back on an amazing week with spectacular shows and supersessions, wowing the crowds who gathered day by day to see their favorite riders in this exciting battle. Right now we are preparing for our next freestyle tour-stop in Costa Brava which will kick off on the 21st of May. We’ll see you there!