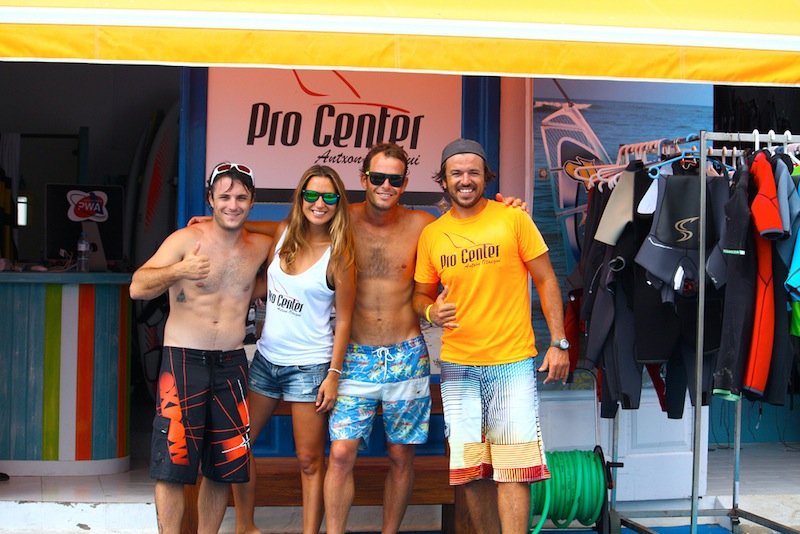 The EFPT at the Costa Teguise, Lanzarote

It is a premiere for the European Freestyle Pro Tour to be staged in the Canaries. With former European Freestyle Champion and top PWA rider Antxon Otaegui as an organiser and with the venue being one of the windiest destinations worldwide, a lot of freestyle action can be expected from the 9th until the 12th of July. To upgrade the 5.000€ prize-money event, free accommodation for the top 25 EFPT riders in the luxurious Sands Beach Resort has been secured. We had some words with Antxon who will experience a freestyle event from the organisator’s side, instead of the rider’s side, for the first time.

EFPT: You recently opened your Pro Center at the Costa Teguise in Lanzarote, where you will also host the EFPT in July. Tell us a little more about it all.

Antxon: Yes, we opened our windsurfing club in Costa Teguise last August. It’s something I always had in mind and so far we are doing pretty good. The club is not so big,  yet we have plenty of equipment for rent: 23 JP boards and around 40 Simmer sails,  and we give lessons from beginners up to the most advanced sailors. View of the center

EFPT: You became European Freestyle Pro Tour Champion in 2008- what where your most memorable moments on tour and what does the EFPT mean to you?

Antxon: Yes 2008 was a good year for me. I became European Champion and I won the Worldcup in Sylt. I had lots of fun doing the EFPT tour and met really nice people, it’s an experience I wouldn’t have wanted to miss out on.

EFPT: Antxon, you quit your professional career in 2011. What are your pros and cons about this decision?

Antxon: There are some things I miss from being on tour like the chats with friends for example or traveling to nice places but on the other hand I believe this is something you have to do when you are a certain age and I did it.

In my opinion it was time to make some radical changes in my life, I wanted to spend more time at home and have a family. Now I am married, I have one little boy (Jon) and there is one more on the way and this I would not change for anything in the world. Antxon and his wife Mareta

EFPT: How does it feel for you not to be one of the riders now but the host of the event?

Antxon: Well, I don’t really know yet as the event didn’t start, I am sure it will feel strange. Before I was one of this guys doing crazy things and complaining if we ran the competition in marginal conditions and now I will be pushing to get a result and be stressed to make sure everything works out all right.

EFPT: What are you looking forward to the most and what can we expect at the EFPT in Lanzarote?

Antxon: First of all I hope the conditions are good. Normally July its a very windy month and we have good chances to get some waves. I think it would be good for the EFPT and the riders to get some extreme conditions with big jumps to get some good footage. 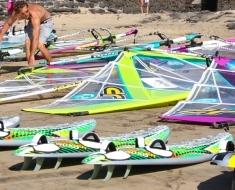 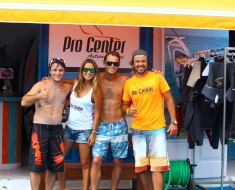 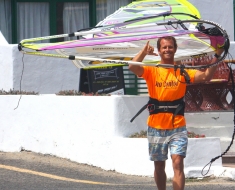 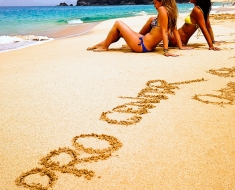 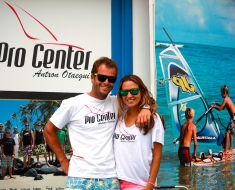 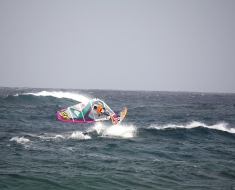 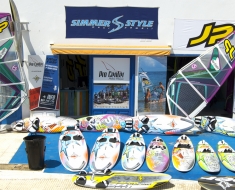 All pictures taken from http://www.procenterlanzarote.com/