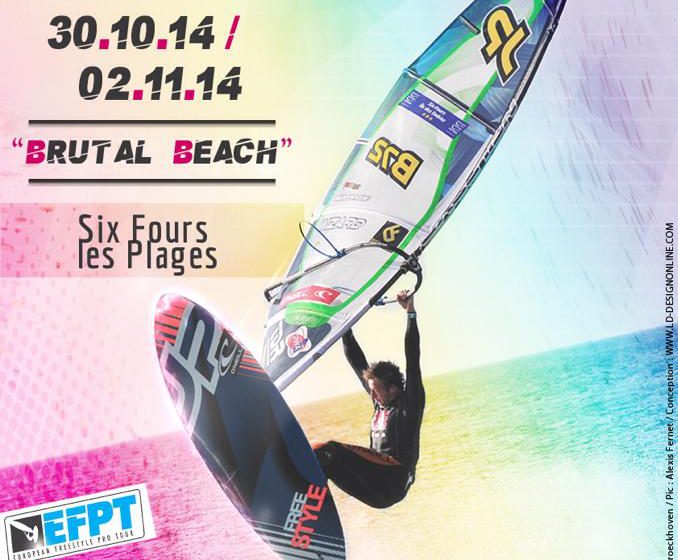 For the second time in a row Six Fours les Plages will be the place where the final of the European Freestyle Pro Tour is going to happen. The organization on site, under the head organizer Fred Bosson, has been a loyal partner of the tour for the past years and managed to grow their event the European Freestyle Expression (EFE) year by year.

Since the last two years have been 5.000€ prize-money events we are happy to announce that this years EFE will see 10.000€ prize-money for grasp. Organiser Fred Bosson and father of top freestyler Adrien Bosson (North/Fanatic) knows about the importance of more prize-money to attract all the European top riders, which he stated in an email to the press office. Jacopo Testa at the EFE 2012 (by Raffi Cherbedjian)

Since the EFPT at the Surf Worldcup in Podersdorf has been calculated with the points of a 10.000€ event, the ranking could get well shaken up at the shores of Le Brusc. Steven Van Broeckhoven (JP/Neilpryde) is keen to defend his title, whilst the likes of Tonky Frans (Tabou/Gaastra), Jacopo Testa and Davy Scheffers (Tabou/Gaastra) are ready to take on the top positions for this tour-stop and the overall ranking. Also the other current top ten will be riders to look out for including names like Amado Vrieswijk (Starboard), Rick Jendrusch (F2) and Dieter Van der Eyken (Starboard).

After 2012 when the wind in Six Fours les Plages fired with up to 40 knots and a competition was even impossible due to safety reasons, France welcomed us with sun shine, warm temperatures and rather light winds last year. It is always exciting to return to this spot as you never know what to expect from the conditions.

We are sure though that the event will have grown again and we are looking forwards to welcome many old friends and also new faces at the final tour-stop in 2014.