After being founded in 2003 by Harald Schaffrian, Gerhard Polak and Christian Müller, the European Freestyle Pro Tour has gone through few changes in its initial structure. Whilst Gerhard Polak and Christian Müller started to focus on the organization of their world famous windsurfing events, the Surf Worlcup in Austria and the Engadinwind in Switzerland respectively, Harry Schaffrian stayed on as the CEO of the tour. After combining the job of a tour manager, press officer and race director over several years and as the professional requirements rised, Harry started to establish a team for the EFPT: staff who would work all year round on the marketing, tour management, press and event management.

One of the first ever EFPT logos. A brand new one will follow in 2021.

For the past ten years this had been Tom Hartmann, former competitor of the tour, who had been running the tour management, event management and race directory at the EFPT events as well as Hanna Poschinger, who had been responsible for the media output on and off the events as well as communications and event management. In 2017 Adam Sims joined the team for the event video production and became the face of the EFPT, the artist behind capturing and editing the action and the narrator of what was happening on a daily basis. With the professional status of the tour rising even more and the live scoring system being implemented for events, Danny Kater jumped on board as web administrator throughout the year and head judge at the events.

With a rough year for every organization in professional sport and event organization in 2020 as well as certain changes in the core team, new ways to guarantee the continuance of the tour had to be established. Right from the beginning there was a clear tendency to consign the tour to someone who had the skillset, motivation and knowledge to be able to push the EFPT even further and grow it continuously. All members of the committee came up with the same name: Adam Sims. The freestyle windsurfer from the UK had been on the tour for many years as a competitor, reported about the tour as a journalist for Boardseeker and Boards UK and finally joined in as a complete team member, producing the highlight video clips and providing the live stream at the EFPT events. It had been agreed that Sims would be the perfect man for the job if he was willing to take it, which included purchasing the EFPT with all legal rights. 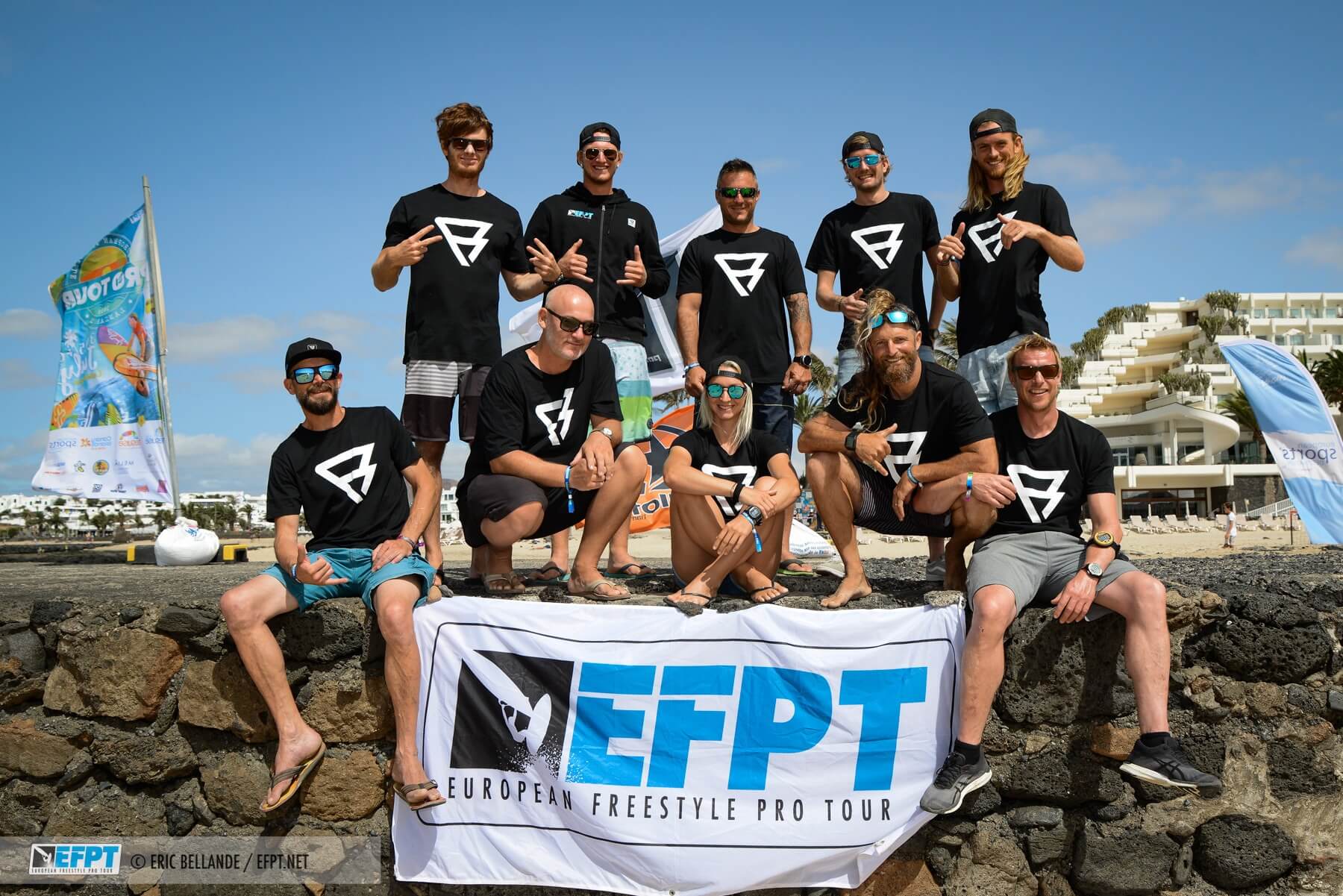 Adam Sims with the EFPT team at the EFPT Lanzarote 2019

Harry Schaffrian comments in his official statement that he, above all, wants to thank his partners and co founders Gerhard Polak and Christian Müller as well as Alex Humpel, who had a significant impact on founding a European freestyle tour. The former CEO of the EFPT is especially proud about the tour providing the perfect foundation for many young windsurfing talents to start their professional careers. Many of those characters have formed the tour and the freestyle windsurfing sport that evolved with and through them, taking the EFPT to the next level.

Schaffrian states: ‚ After 20 years it is time for me to put the destiny of the tour in different hands. With Adam Sims we have certainly found somebody who has the highest potential to develop the tour even further and lead it into a bright future. I personally met Adam many years ago as a rider and video producer and I am 100% convinced that he is the right one for this task.‘

Tom Hartmann, who considers the tour as ‚a child‘ that he had been raising in the twelve years he had been involved with it, states that he is proud to see the tour at the level that is now. However after also being the tour manger of the GKA Kite Tour since 2018 and now starting up the new GWA Wingfoil World Tour, the former EFPT tour manager had to realize that it would all be too much to fit under his hat.

Hartmann stated: ‚I think its important for the evolution of the EFPT to have passionate people on the drivers seat that can put up the right amount of dedication and time to bring it to the next level. After discussing internally for a couple of months we think that the new organisation taken over by our long time athlete and media producer Adam Sims who will be be strongly supported by our headjudge Danny Kater is putting the tour in good hands for the future years to come. I will not be involved in any management decisions of the EFPT from 2021 on, but will still try to help out where I can with consulting to get ‚our baby‘ grow up even stronger. I will definitely miss being on tour with such an an awesome crew, riders and organisers! I am very grateful for the things I have learned on the way and all the experiences and moments we have lived together on this long journey and I am well excited to transfer all this into the new World Tour projects ahead of me. After 2020 having obviously been a very difficult year for any events, I can’t wait to see all the water sport tours launching the highly anticipated action again that we are all buzzing for! Bring it on!‘ 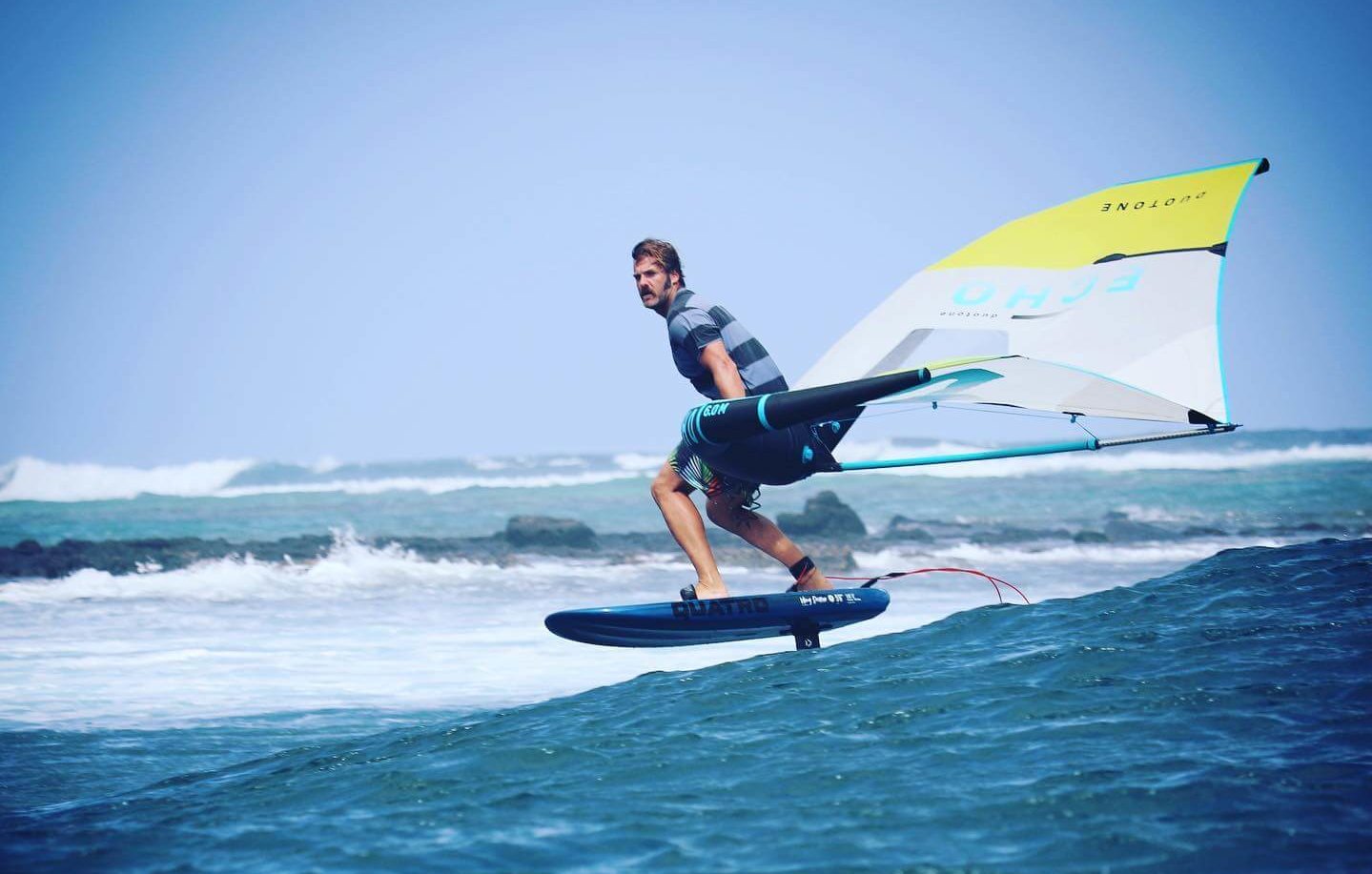 We obviously also caught up with the new owner and CEO Adam Sims, but figured that his statement and his plans for the future EFPT will deserve a more extensive place, so a big interview will follow within the next days. For now we’d like to leave it with the last question of the upcoming interview with Sims, where we asked him: ‚What is your dream tour?‘

Adam Sims: ‚One that gives opportunity to passionate riders to begin and continually grow their careers within. Highly professional with a strong focus on media production that highlights personalities within the sport. A tour that is both loved by the public and the riders competing in it equally, one that is dedicated to providing fair and unbiased competition. Where necessary, being a tour that feeds to the ultimate pinnacle of the sport, offering the top competitors the chance to get a pass to the World Tour.‘ 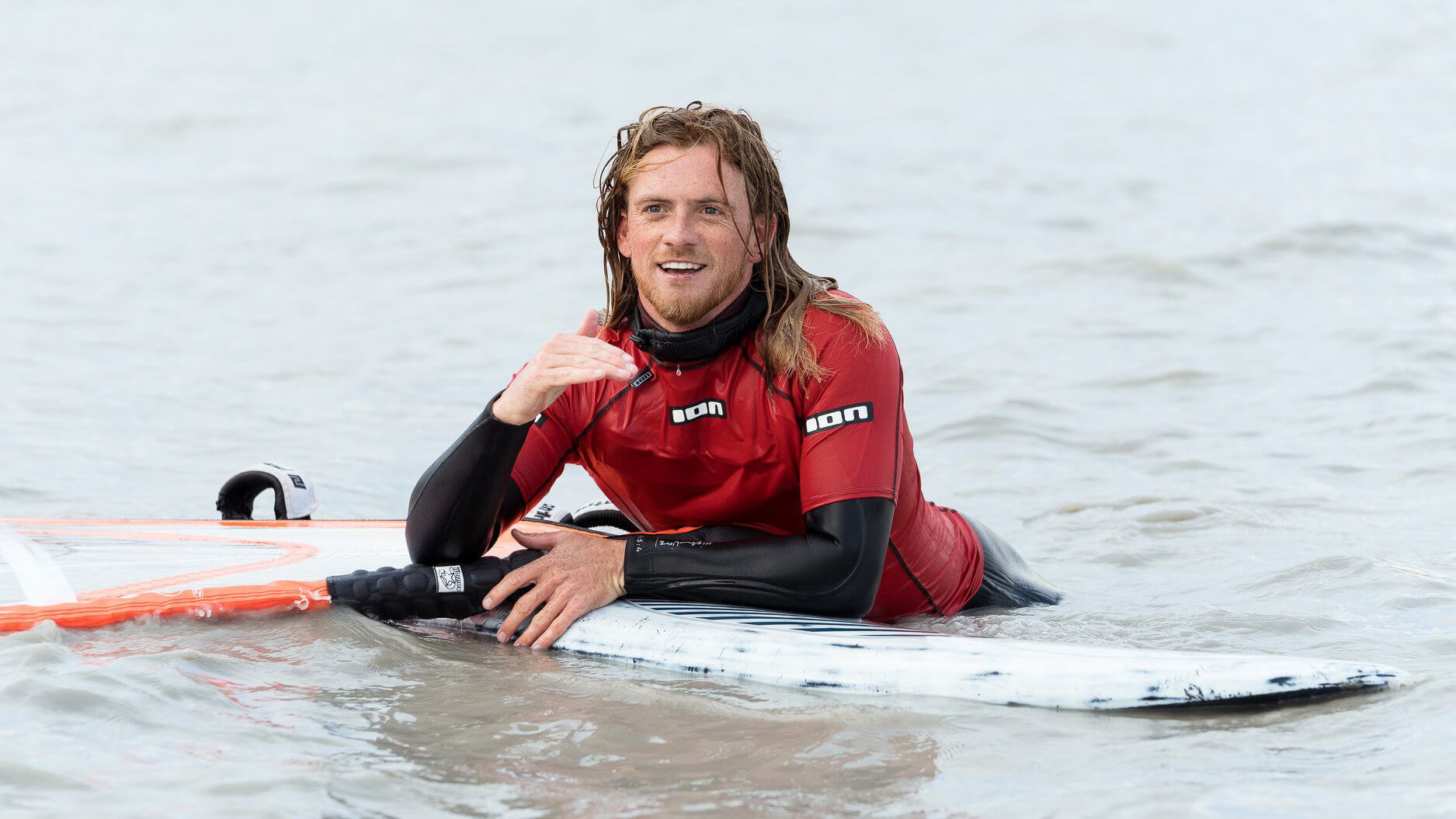