In the professional windsurfingscene, where every rider has to give their best in order to achieve the best possible result at the few freestyle events there are per year, the pressure is often very high and the fun is missing a little. It’s important to keep the fun and the spirit of freestyle windsurfing alive and provide a possibility for the riders to try out new things, get creative and simply have a good time every now and then.

Organiser Christian Müller supports this concept and promotes the positive vibes at his event as much as the professional side – always making sure everything runs smoothly. He was also the one to suggest the ‚trick for cash‘ tow-in supersession, where everything would be allowed and new creative moves would be honored with some cash by the judges. 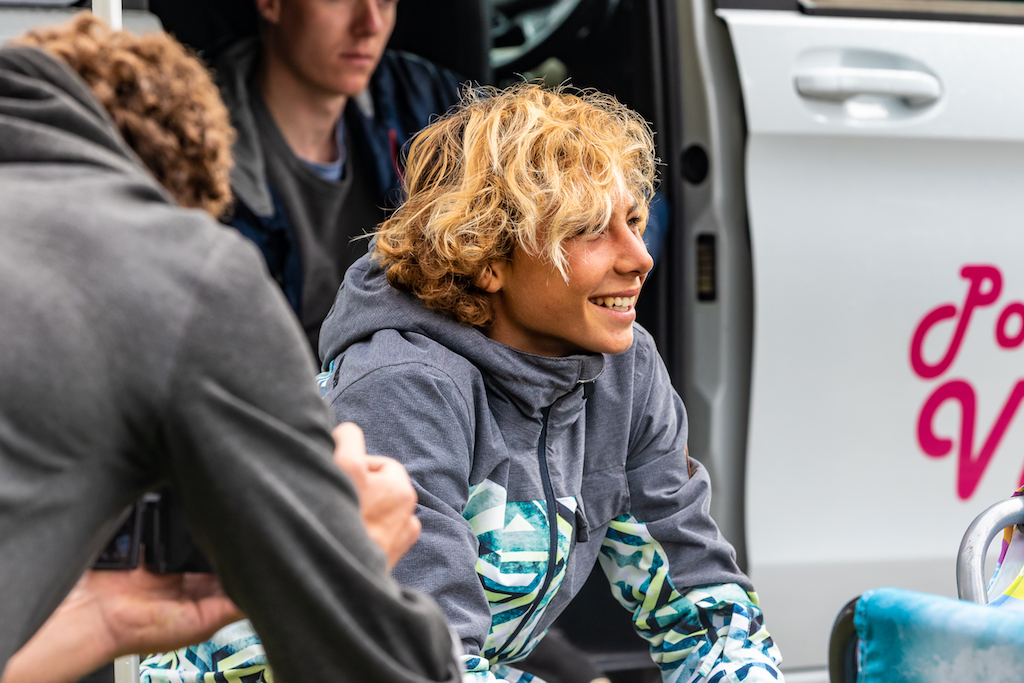 Lennart Neubauer ready for the supersession (by Emanuela Cauli)

All the riders participated, apart from Steven Van Broeckhoven (Gunsails/Starboard), who lent his gear to team-mate Dudu Levi from Israel. The Israeli is part of the media team here, but couldn’t resists some runs with the other sailors. 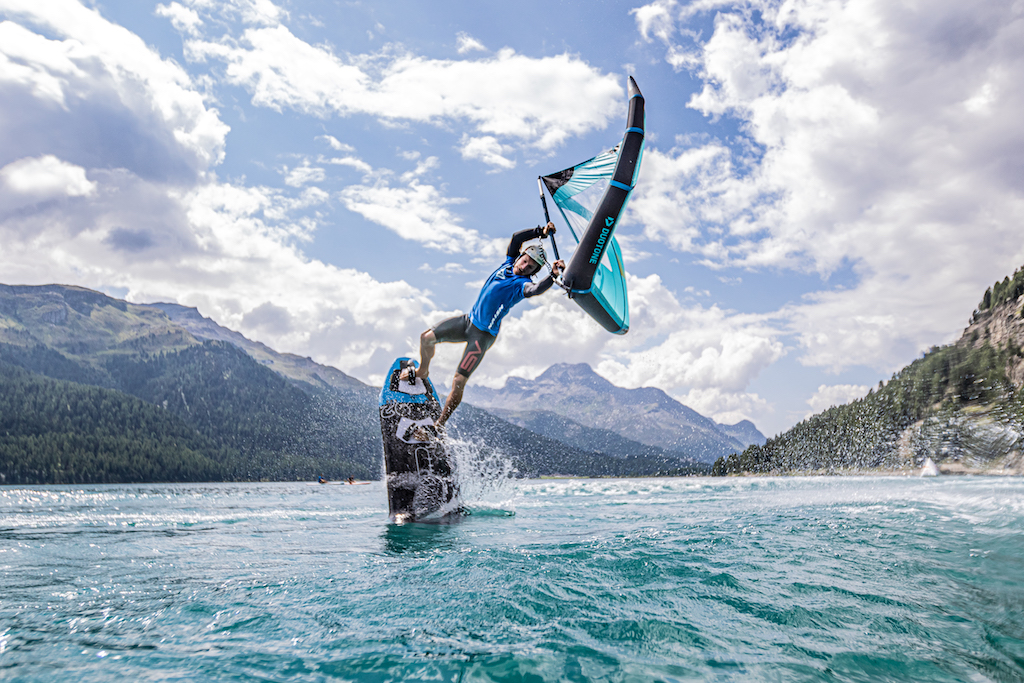 Winner of the EFPT tow-in competition here at Engadinwind Yentel Caers, was one more time the one who made a huge impression on the spectators and the judges, going for a double air culo, an air burner into air funnell and a massive superman jump into forward roll when he ejected off his gear in his last run. Caers earned some extra cash, that he got handed from the judges directly in the water and looked like he had an awesome time.

Balz Müller tried the first ever tow-in freestyle move with a foil-wing, Adrien Bosson (Duotone/Fanatic) got towed in fin-first and also apart from those moves, the creativity seemed limitless. Let’s have the action do the talking – check the livestream of the supersession, you won’t regret it.

We are looking back on another fantastic year here at lake Silvaplana with an event that has been several times the size compared to last year. We are excited to see this development and can’t wait to see where the organiser will take this prestigious event. We’ll see you in 2020 Switzerland!