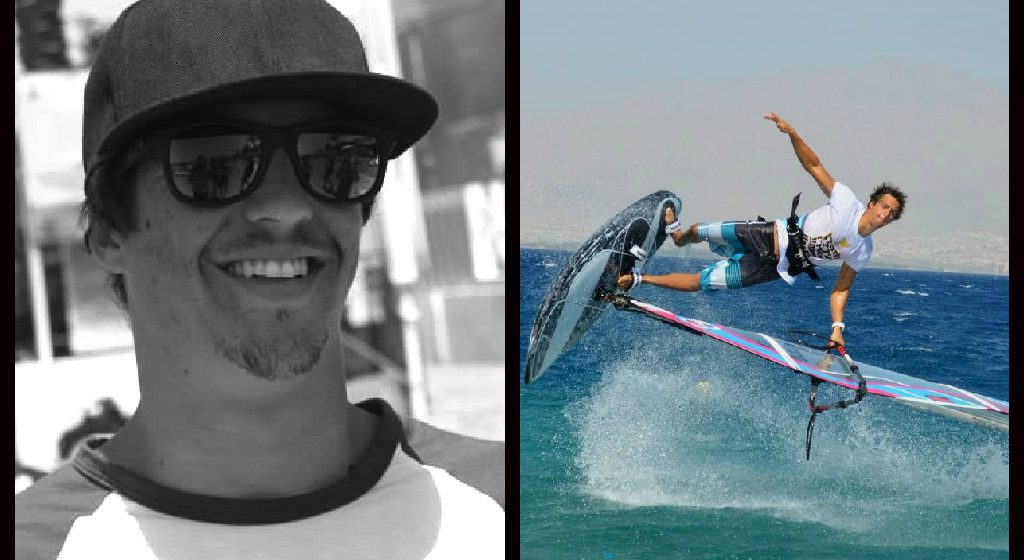 Winners: EFPT Sailor and Rookie of the Year 2014

For the third year running the EFPT Sailor of the Year has been elected. After a selection of European Freestyle Pro Tour riders done by the EFPT crew and industry partners ten freestyle windsurfers made it into the public voting that has been online for two weeks on efpt.net. You can read more about the ten nominees here. After a few days only it became obvious that the followership and support of one certain windsurfer was way beyond the others. Adam Gavriel (Patrik/Sailloft) from Israel managed to pull more than 50% of all the placed votes and therefor got awarded EFPT Sailor of the Year 2014. He was followed by Mattia Fabrizi (North/Fanatic) and his team-mate Adam Sims (Patrik/Sailloft) from the UK, who won the title in 2012.

The rookie of the year is chosen every year by the EFPT crew and couldn’t have been any other than the exceptional young sailor from Bonaire: Amado Vrieswijk (JP-Australia). He became 5th on his very first year in the EFPT overall freestyle ranking and 6th in the EFPT overall tow-in ranking 2014.

We exchanged some words with both sailors and congratulated them to their last season. EFPT: Adam, congratulations for winning the EFPT sailor of the year title for 2014! How does this feel?

Adam: I’m surprised and happy to be EFPT Sailor of the Year. It feels good to know people support me and like my sailing.

EFPT: You seem to have a big fanbase in Israel, considering the amount of votes you got. How popular is windsurfing there?

Adam: Windsurfing is pretty small here in Israel, but its growing and slowly getting more popular. Windsurfers, friends and other athletes showed their support and I’m thankful for that :-).

EFPT: We didn’t see you competing at the final stop in France end of October due to injury. What happened exactley and did you already fully recover?

Adam: Unfortunately i couldn’t follow my plans after the last trip to the Canaries. In the last day of the event in Fuerteventura I went freesailing and I crashed really bad trying a big Pasko. I landed on my left knee and twisted it. The meniscus tore and I had to have surgery. Three moths of recovery have passed and now slowly I’m getting back into the game.

EFPT: What is your favorite place to windsurf and why?

Adam: Maui is one of the places that I enjoyed sailing the most. Wave and powerful freestyle. I will definitely be back there! Also my home spot Eilat is one of my favorites! I love the spot!

EFPT: What is your biggest inspiration in windsurfing?

EFPT: What are your plans for 2015? Any New Years resolutions?

Adam: For the next months I want to recover 100% and train my sailing here at my homespot. When I’ll be ready, I want travel to some new spots and maybe compete in some events.

I would like to wish everybody a happy New Year with lots of wind, waves and good vibes 🙂

Make sure to check out Adams freestyle skills in his two latest videos of Fuerteventura and his homespot Eilat. EFPT: Amado, you entered the EFPT in 2014 for the first time and you straightaway went to top 5. How was this first year for you?

Amado: My first year on the EFPT was great, organisation was perfect and I visited two new places: Lanzarote and Six Four Plages in France. Although we only had wind in Podersdorf, I really enjoyed myself and got more into tow-in.

EFPT: What are your goals on the European Tour in 2015?

Amado: My goals for 2015 are reaching the EFPT top 3 and again compete the complete tour.

EFPT: You changed your boardsponsor for the upcoming season to JP-Australia. Can you tell us a bit about your first sessions on the board and how you like your new equipment.

Amado: Yes, after 10 years with Starboard I signed with JP-Australia as my new board-sponsor. I was able to test the freestyle-boards and I was amazed how fast the Freestyle 92 planes, it’s rotation and stability.

EFPT: What are your new years resolutions?

Amado: My resolutions are to train hard, harder, the hardest, eat healthy, finish my school and work my way to the top!