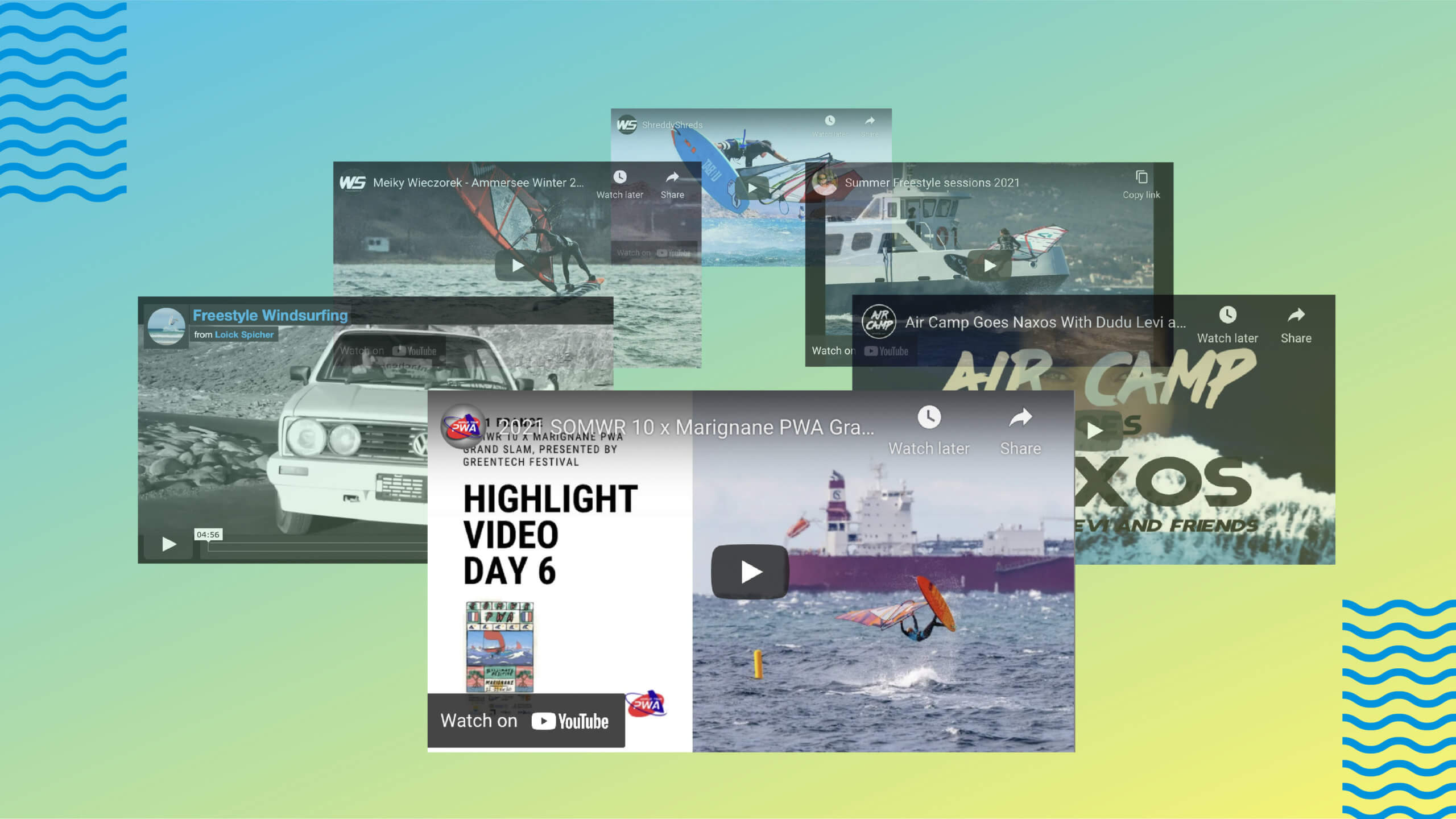 It’s time for you to get your monthly shot of freestyle action videos! As always, riders and videographers around the world have been putting out some breathtaking content inspiring everyone in the sport to go push themselves out on the water. November was no different and in case you did not have the time to stay up to date, here is a selection curated by the EFPT team. And if you are craving more action, make sure not to miss the upcoming EFPT Awards show on the 21st of December, where the best windsurf action of all time will be on display!

The most important freestyle action from this month obviously happened at the PWA in France. Over the span of 10 days (or rather 2) the world’s best freestylers battled it out on the rocky beach of Carro. The first day saw some strong 4.4 winds, resulting in some sick action:

On the second day the wind was much lighter resulting in tricky conditions. In the end it was Amado Vrieswijk (FutureFly/Severne) who was crowned World Champion after already becoming the new European Champion at the EFPT two months prior. In the women Sarah-Quita Offringa (Starboard/NeilPryde/MUF) took her next World title, although Maaike Huvermann (Severne/MUF) was perilously close to taking it from her! Check out the final day action here:

One of the riders competing at the PWA in France was Dudu Levi (Starboard/Gun Sails). Apart from giving everyone an exciting show doing tow-in on the PWA Livestream, he also got featured in the new AirCamp episode. Produced by Timothy Cowen and set in Naxos, the video is a modern day portrait of the Air Bob master from Israel:

Are you curious about the project after watching the video? Make sure to read our feature interview with Dudu and Tim here.

Naxos seems to have been the place to be this summer. Teo Bathrelos also released his summer edit showing off his skills at the Laguna Beach Park:

In the meantime, a few islands to the southeast from Naxos, Lukas and Sandra Schill were accompanied by Florian Staudenhechtl on Karpathos. The spot is known for its nuclear winds, which is confirmed by the funky freestyle clip:

The keen eye will have spotted that ShreddyShreds also included some action from the Garda Lake in Italy. Another prominent Karpathos rider also released a clip from a lake this month. None other than Meiky Wieczorek (Severne) is seen showing off his unique style in this clip from the Ammersee in Germany:

With all the 2022 gear coming out around this time, a lot of riders are releasing clips showing off their new toys. Adrien Bosson’s (Fanatic/Duotone) new Skate and Idol’s are clearly working well based on this tasty action clip:

The final clip we’d like to serve you is from Loick Spicher. Travelling all around the world he has put together a 5 minute action frenzy video that is definitely worth the watch! We especially recommend the tasty crash section at the end…

That’s it for this month! Hopefully you are back up to speed with the latest in freestyle videos. And remember, if you can’t wait until the December action roundup, the EFPT Awards, with the best freestyle action of all time, are coming up on the 21st of December on our website! See you there!