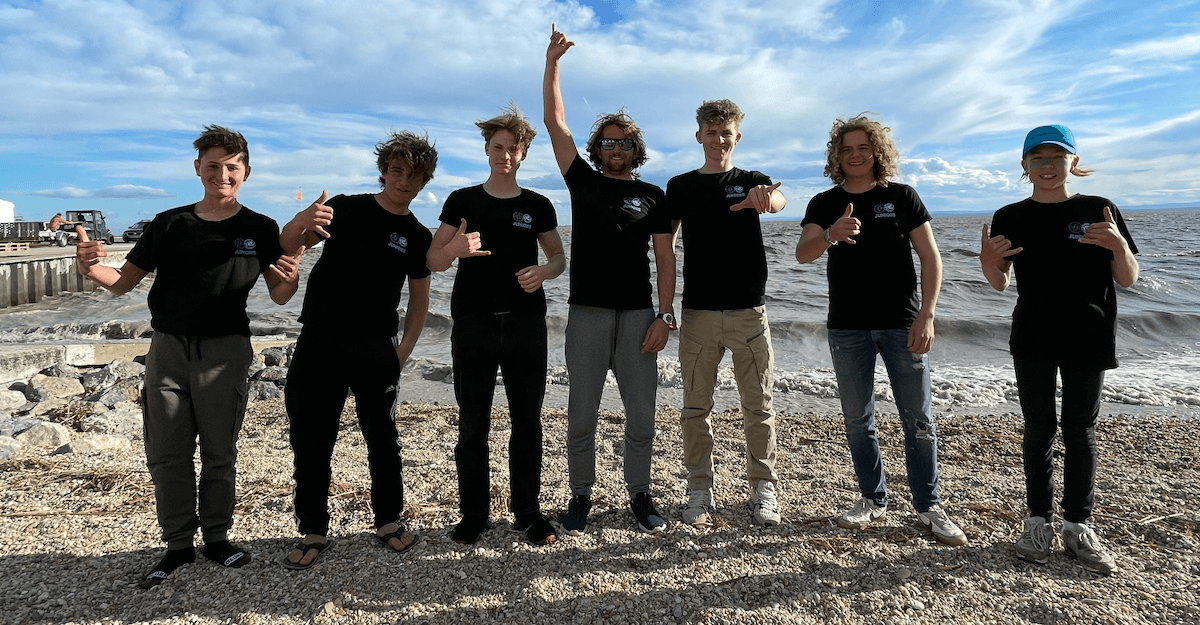 Impressive Progress at the EFPT Rookie Camp in Austria, Rautnik wins a board!

The first edition of the 2022 Rookie Camps saw impressive progress from all participants. With two action packed days under the watchful eye of head coach Dieter van der Eyken (Severne), the rookies will surely remember this weekend for years. Some in particular have finished the camp with a souvenir, with JP-Australia and NeilPryde supporting the camp with some gear brought along by none other than assistant coach Yentel Caers.  Read on for an impression of the ever motivated youngsters, there’s chances this is not the last time you will hear of them…

The first day started with some theory on land and a review of action clips that the upcoming rippers brought along. In the afternoon the winch arrived, and it was time for some Tow-in practice. Yentel Caers took to the water to give a good example of how to get started, and was surprised to see the youngster picking it up way quicker than he used to when starting out in this discipline. Quickly enough we were treated to some impressive moves. Piero Rautnik was going for tow-in Culo’s, and Simon Hammerschmied surprised everyone with some crazy pop in his Air Funnel attempts. Brothers Merlin and Robin Libicky where also picking up the groove of tow-in and soon enough were taking off on their first moves. Alex Roessler, the younger brother of last years Austria Rookie Camp winner Andreas, also impressed with some Air Jibe attempts. Not the easiest of moves to do in tow-in, but that didn’t scare him, nor dutch ripper Julian Koldeweid off. In between all attempts, coaches Dieter and Yentel were constantly giving tips leading to noticeable improvement. After the session everyone met up for dinner at a restaurant, where the rookies got to pick the brains of not only their coaches, but other pro riders like Felix Volkhardt (Severne/MUF), Dudu Levi (Gun Sails/Starboard) and Adam Sims (Sailloft), who had all arrived early to the event. 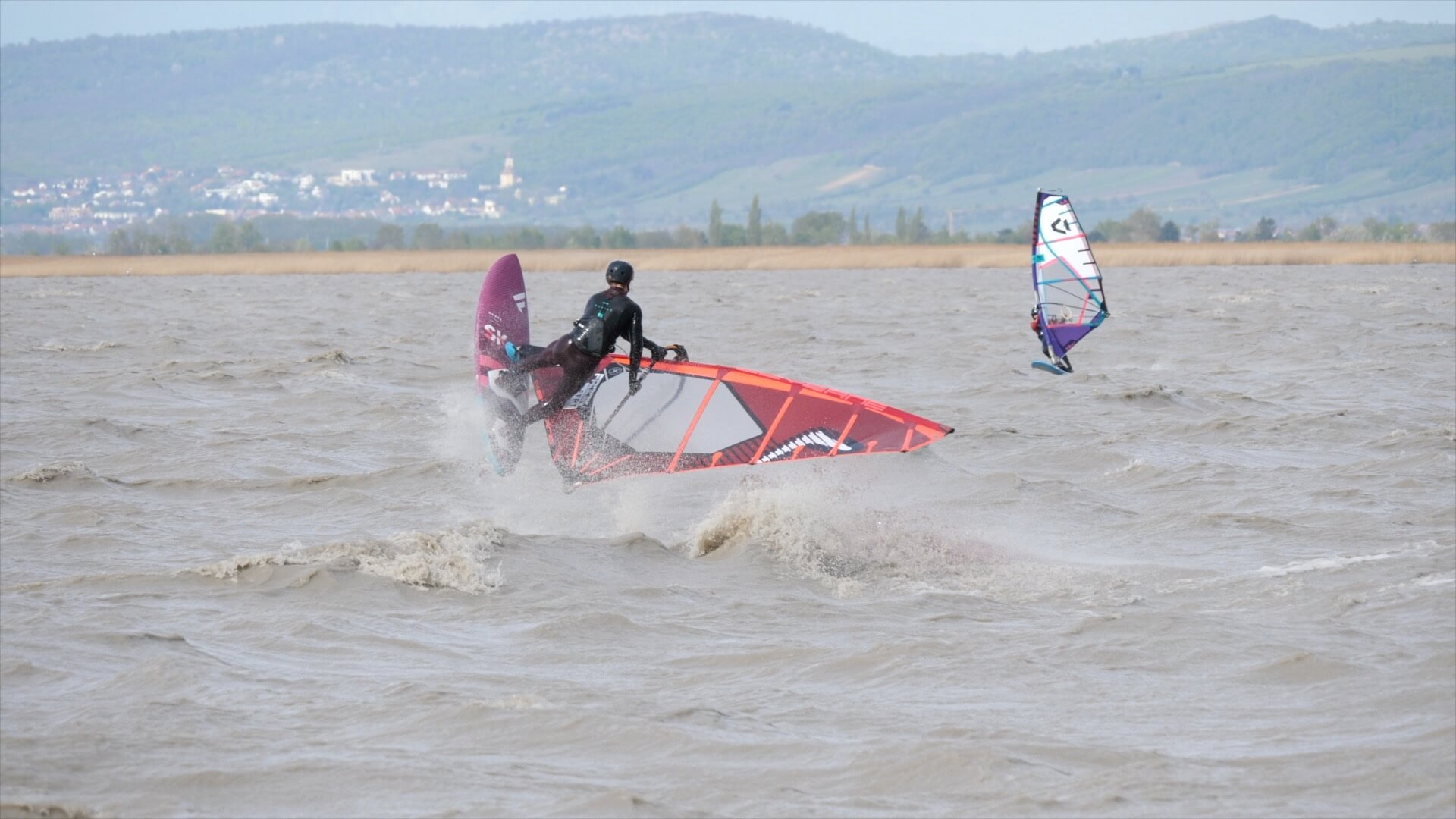 Robin Libicky going for a shove-it

The second day was set to be epic. A good forecast meant an early morning meeting time, and the coaches were surprised to arrive earlier and already see most of the participants locked and loaded, wetsuit and all on, to go on the water. Sails rigged ranged from 3.6 to 4.4 meaning that a long but rewarding day full of sailing ensued. The rookies were visibly inspired by all the pro riders throwing moves down around them. Soon enough they were sending it themselves! We saw Julian doing an enormous amount of forward loop attempts and Simon improving his switch ducking run by run. The Libicky brothers were on a shove-it mission, and if you were just to see a framegrab from their attempts you would assume they are already seasoned Shaka aficionados. Joining them was Alex, who was clearly eyeing up the world record for the highest Air Jibe. Impressing with the most power was Piero Rautnik. The Italian, who already competed at our Junior event in Theologos, displayed a flurry of high and controlled Culo’s, which after some pointers from Head Coach Dieter became more and more consistent. 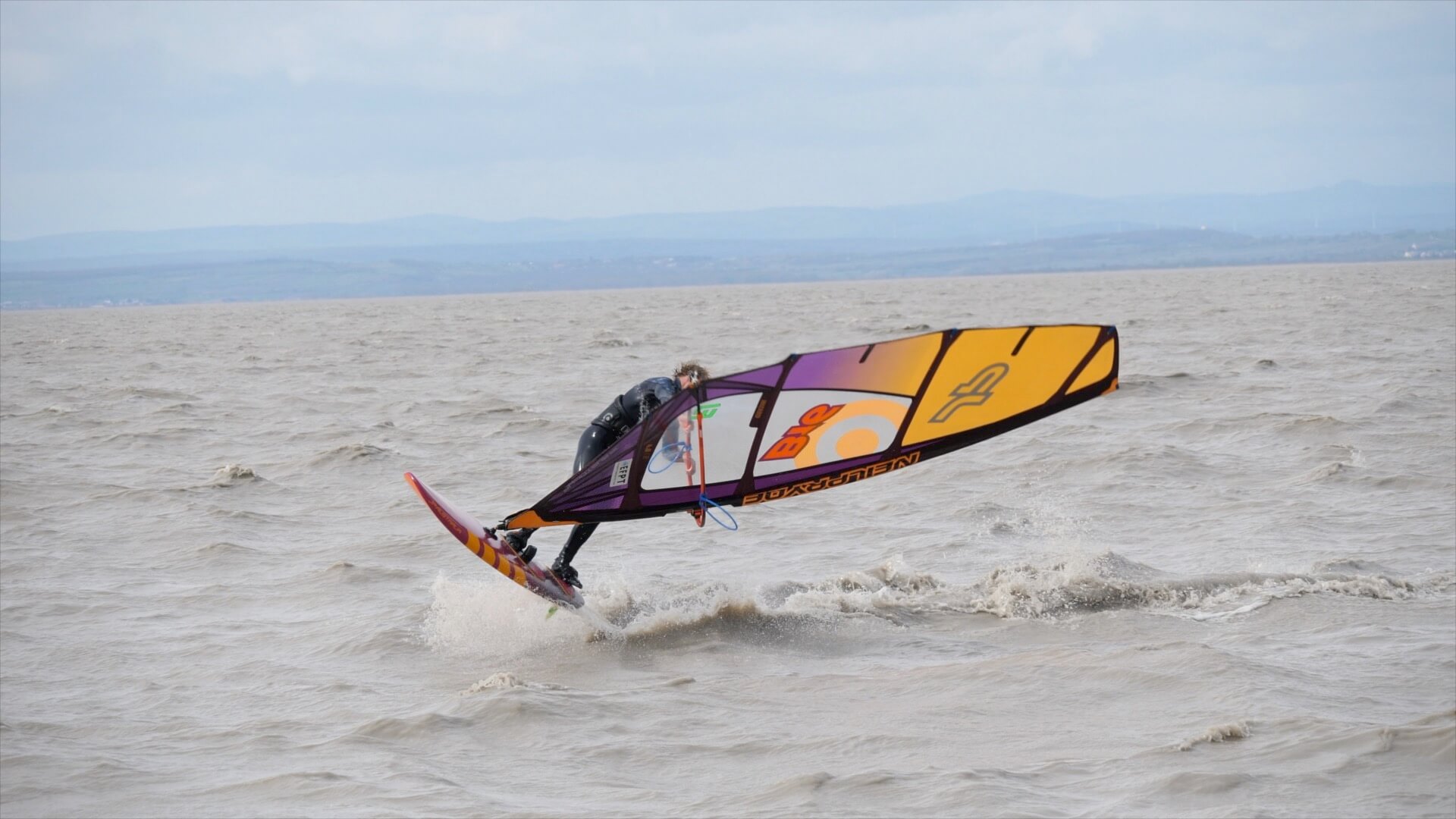 Towards the afternoon, Head Coach Dieter set up some practice heats. The rookies got a chance to practice with the real structure of competition: flags, horns and judges. The main focus was on filling a scoresheet and then improving from there. The pressure of competing didn’t seem to put any of the rippers off as they all stepped up the game during those ever crucial 7 minutes. The heats and morning session were thereafter analysed with some collected video footage. Seeing themselves on video hopefully made the final pieces of the puzzle fall into place, when the rookies go for their next session outside of the camp! The fun was not over yet though, until some prizes were handed out. 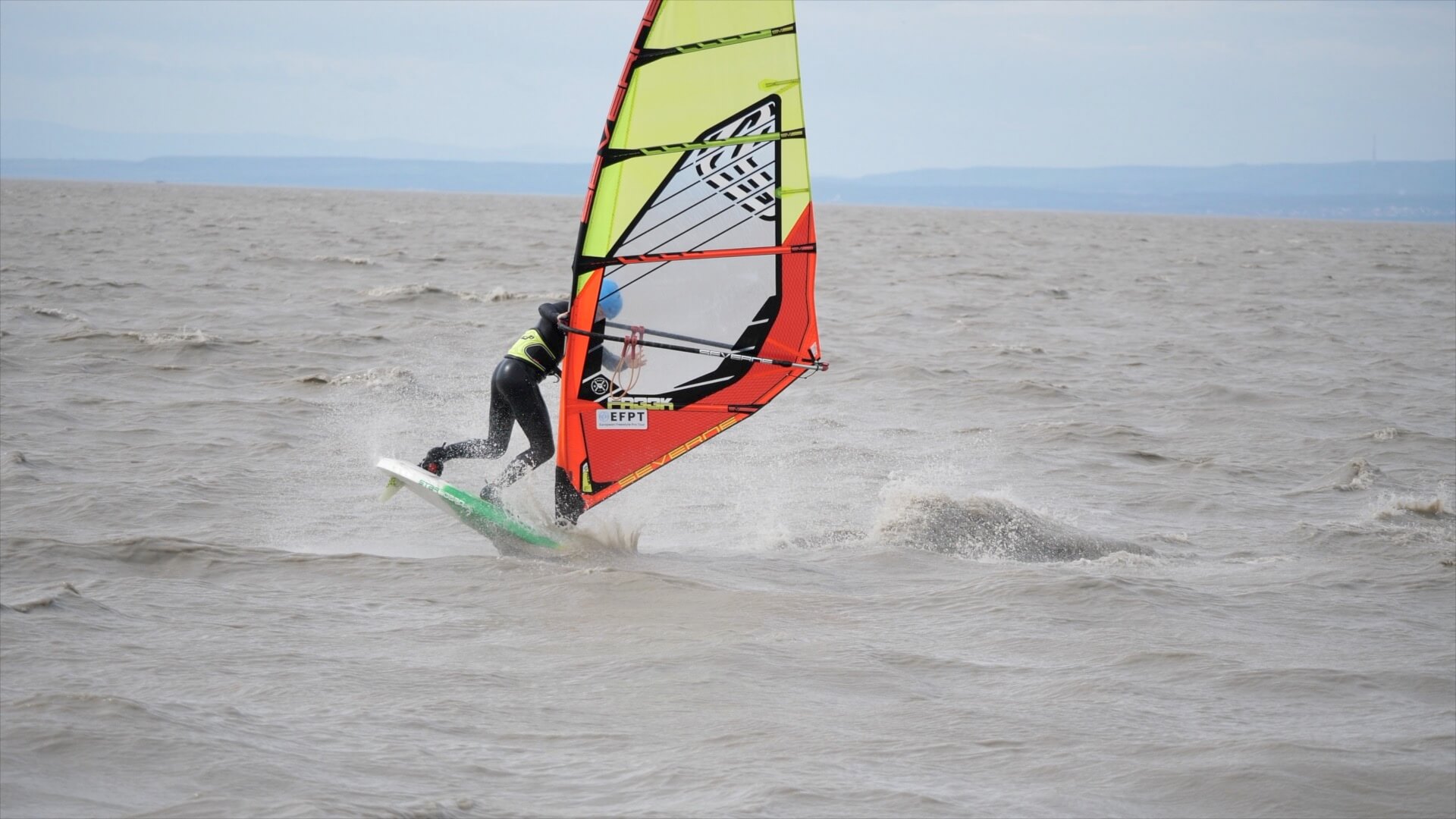 This year the Surf Opening Rookie camp was lucky to be supported by some amazing brands that are rooting for the future generation of freestyle windsurfers. After a quick foto session together, it was time to announce some winners! Canon provided a camera for a rookie to film their progress with, this went to Julian Koldeweid. The dutchie showed great progress, with his dad supporting him every step of the way. We think we know who will actually be holding the camera most of the time… Futhermore, NeilPryde supported the camp with a new boom. The coaches saw great commitment in Rocket Air Jibe master Alex Roessler, and awarded him with a boom to go even more radical on his landings.

Finally, JP-Australia made sure one of the participants went home with a brand new freestyle board. Before handing it out, assistant coach Yentel Caers wanted to point out how he happy he is to be joining the rookie camp for a second year in a row. Last year he also got to award a JP board, and he was very pleased to see it is still being used by Andreas, last years winner. The older brother of Alex has made some impressive progress over the year and we’d like to believe that that is partially thanks to the equipment boost. This year the prize went to a rider that will surely use it to the maximum as well – Italian Piero Rautnik. Showing great promise and dedication to compete, the youngster might just become a force to be reckoned with on tour.

Yentel, Piero and Alex with their NeilPryde and JP-Australia prizes

The first rookie camp of the year was a great success according to Head Coach Dieter van der Eyken. With all this new talent it will be exciting to see who will win the 2022 Duotone/Fanatic Rookie of the Year Award! Every event on the 2022 tour will see a camp supporting the up and coming generation of freestyle windsurfers, so if you are thinking about competing, make sure to check out all the details HERE. With the camp in Neusiedl finished, it is now time to set our eyes to the main competition starting tomorrow!